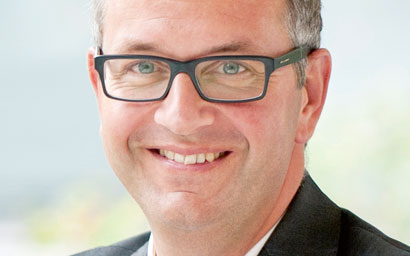 Greater efficiency must be embraced to ensure regulatory changes do not destroy choice for fund buyers, says Bernard Tancré of Clearstream.

When fund distributors offer an open architecture – a range of funds from competing fund managers – investors get a better deal, say 80% of respondents in a survey by Funds Europe in partnership with Clearstream.

Yet a majority of respondents in the same survey (59%) believed open architecture is under threat from financial and regulatory pressures.

If open architecture benefits the end investor, the funds industry should fight for it. But how? Bernard Tancré, executive director, head of business solutions, investment fund services at Clearstream believes the solution must employ technology and automation to increase efficiency and drive down cost.

COST PRESSURE
The findings about open architecture were some of the most eye-catching results from a survey of 192 fund professionals carried out by Funds Europe in November and December 2016. The report, ‘Disintermediation and the future of the funds industry’, is the first in a series that Funds Europe is producing in association with Clearstream in a bid to answer the question, “What’s next for funds?”

The survey comes at an interesting time for the funds industry. The traditional channels by which investors buy funds, such as banks and financial advisers, are being challenged by new channels, such as online platforms and robo-advisers. At the same time, regulation such as the retail distribution review (RDR) in the UK and the Markets in Financial Instruments Directive (Mifid) in Europe are changing the mechanism by which intermediaries are incentivised to promote investment products. According to Tancré, all this leads to a threat to open architecture.

“One of the key things highlighted in the survey is the dilemma between embracing open architecture and the recognition of its cost,” he says.

It has always been relatively expensive for fund distributors to offer a wide range of products from different providers. More funds on a platform means more relationships to maintain and more complexity to manage. In the past, these costs were affordable because of the retrocessions offered by asset managers to their distributors, but with RDR and Mifid, this commission-based model is becoming less feasible, and the cost, to distributors, of offering an open architecture is becoming challenging.

“Asset managers and distributors will need to embrace technology and automation,” says Tancré. “We must reduce the cost of information exchange, contractual set-up and negotiation, and compliance with anti-money laundering and know-your-client rules. In order to be future-proof, we must lower the bar and maintain open architecture under cost pressure.”

Infrastructure providers such as Clearstream have a role to play here, he says. By providing centralised repositories for data, and by facilitating more efficient exchange of information as well as by offering a state-of-the-art third-party fund processing platform, they can help to bring down costs for distributors, increase efficiency and client asset safety and so protect the open architecture model.

“That 80% believe open architecture gives investors a better deal is encouraging,” he says. “It means an infrastructure provider like us should do what we can to maintain open architecture.

GOING ROBO
The survey also sought respondents’ opinions about one of the thorniest topics in the market at the moment, robo-advisers. Will algorithms take over from human advisers? Will the next generation of fund buyers have portfolios designed for them automatically, online?

Respondents were torn on this issue, with 42% preferring to stay neutral on the question of whether technology, such as robo-advisers, helps investors make better decisions. It would appear that plenty of professionals in the funds industry have yet to be convinced of the merits of algorithm-based fund advice.

Another notable finding was that respondents thought the appropriateness of robo-advice differed depending on the wealth of the investor. For retail investors, defined as individuals with less than $1 million of investable assets, roughly half of respondents (48%) thought robo-advisers would become the industry standard for receiving advice. For high-net-worth investors, defined as those with more than $1 million, this figure was a mere 14%. The message seems to be: robots don’t advise the rich.

Tancré says the finding reflects a natural evolution. As a dematerialised good, funds can easily be sold digitally, whether on a website or on a mobile phone. The question is what kind of online model is best suited. Will individual asset managers establish their own web-based distribution channels to sell only their own funds? This model, which some are already trying, is the direct opposite of an open architecture, he notes.

Alternatively, conventional distributors can use online direct access models to sell a range of funds. Such web-based offerings can include elements of robo-advice.

The kind of model adopted will determine how investors choose between their funds.

When asked to rank the qualities by which the investors of the future would select funds, respondents gave “performance” the highest ranking. “Brand” came in third out of five.

But Tancré says performance will only persist as the key driver of fund choice if open architecture is maintained.

“Brand is going to be more and more important in future,” he says. “If we manage to maintain open architecture, performance will be important, because investors will be able to compare between funds. But in a closed architecture, fund choice will be based on brand and size.”

BE ALERT
The survey revealed that many respondents expect the basic structure of fund distribution to continue into the future. Respondents thought that investment advisers will still be the first port-of-call for investors seeking advice in future. Social media was deemed the least likely source of advice from the options given.

It would seem the funds industry, as represented in our survey, have some faith that the status quo will endure. However, Tancré is alerting those in the industry who believe their business model is safe.

“I hear talk that the financial industry, especially the banks, believe regulation is going to protect them from disruption. But look at new online transportation network company Uber and the highly regulated taxi business. Once people see the opportunity, new entrants will take on the challenge.”

These new entrants could breathe life into the funds industry. Disintermediation might lead to better outcomes for the end investor. But these trends could also damage models that have benefited fund buyers, such as open architecture.

The industry must be alert and ready to adapt, because the world of funds is changing.