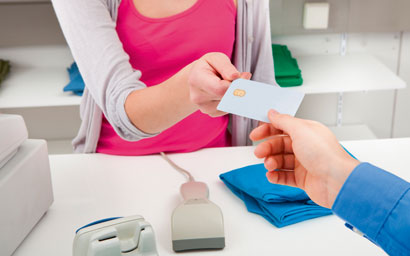 The traditional way financial institutions and non-financial institutions such as corporates hedge interest rate risk is to enter into an over-the-counter (OTC) interest rate swap with a willing counterparty. Post-financial crisis regulation aimed at reducing systemic risk in the derivatives market has made this once straightforward process more complicated and expensive. The Dodd-Frank Act and European Market Infrastructure Regulation (EMIR) both require vanilla OTC instruments to be cleared at central counterparty clearing houses (CCPs). Dodd-Frank has been live for several years but EMIR is gradually being transitioned in, although pension funds – for example – do have a clearing extension. The CCP substitutes itself as counterparty to buyer and seller, taking collateral from them both to cover market risk and thereby guarantees trade settlement in the event of one party defaulting.

To ensure settlement finality, CCPs require users (clearing members) to post initial margin and variation margin, the latter of which can be called several times per day depending on market volatility. Initial margin must come in the form of high-grade collateral such as government bonds or cash while variation margin is cash only. The cost – therefore – to OTC derivative users of centrally clearing their trades has been heightened. Accessing the eligible collateral is not entirely straightforward either. High-grade collateral is a finite commodity, and its diminished availability has been exacerbated by investor flight into safe bonds. Equally, banks and insurers are obliged under Basel III and Solvency II to hold high-quality liquid assets (HQLA) to improve their chances of withstanding a credit shock.

A real issue could emerge whereby financial institutions hedging interest rate risk through OTC instruments may be unable to source eligible collateral to post to CCPs.

In other words, firms may struggle to hedge their interest rate risk if a collateral squeeze materialises and CCPs do not change their collateral policies, such as permitting equities subject to haircuts to be posted as margin.

UNINTENDED CONSEQUENCES
The issue has been exacerbated by a growing number of banks (referred to as Futures Commission Merchants [FCMs] in the US/clearing banks elsewhere) becoming increasingly reluctant to act as clearing members on behalf of buy-side clients at CCPs. This is an unintended consequence of Basel III. Basel III subjects banks to what is known as Leverage Ratio (LR) and Net Stable Funding Ratio (NSFR) rules obliging them to hold increased capital to support their business activities and safeguard against market volatility or black swan events. This requires banks to hold capital to support not only their own derivatives trading activities, but when they are acting as conduits to CCPs for clients where they operate under agency agreements and do not have primary risk in the event of shortfalls. The rules also stipulate banks fund initial and variation margin at long-term funding rates, which is likely to be very costly. Withdrawals from the clearing business by banks are already happening. This again could make it harder for clients to trade OTCs, as becoming a direct CCP member is prohibitively expensive for most.

But not all OTCs are centrally cleared. Some are viewed as too bespoke, complex or risky for CCPs. Regulators are mindful that CCPs are systemically important risk concentrators and subject them to rigorous risk management protocols. As such, a number of OTCs will continue to be bilaterally traded.

However, regulators are also pushing measures to tighten up the bilateral OTC world as many of these instruments are difficult to value and are less liquid than on-exchange derivatives. The Basel Committee on Banking Supervision (BCBS) and the International Organisation of Securities Commissions (IOSCO) is pushing through rules requiring increased margining requirements for bilateral OTCs. As with centralised clearing, this will oblige financial institutions to provide eligible collateral for the market risk on bilateral transactions. Again, this will come at cost, and could discourage resource-constrained OTC users from hedging their risk bilaterally. So what are the alternative options?

THE ETD MODEL
One option to continue interest rate hedging is to move more transactions from OTC to a standardised, exchange-traded derivative model. This would follow a path trodden by OTC commodity derivatives, which have been increasingly standardised over the last 20 years, with the majority now being transacted on electronic exchanges and centrally cleared. Standardisation is also very noticeable in the credit default swap (CDS) trading space.

To enable standardisation will require financial institutions to engage with their bank counterparties and create standardised credit support annexes (CSAs), clearly outlining the terms and conditions around collateral obligations. One of the key benefits of standardised contracts is that they usually have better margining terms. The core challenge is whether there is sufficient liquidity in the market to support standardisation. Equally, interest rate hedges can be highly bespoke, and a one-size-fits-all model may not provide sufficient protection against adverse interest rate or price movements.  Nonetheless, standardisation has been adopted in the CDS and commodity derivatives worlds, and interest rate swap users may follow suit for some transactions if the traditional OTC trading route becomes excessively expensive. However, as standardisation becomes more prolific, standardised products will simply be another option by which firms can hedge their risk.

THE DSF SOLUTION
Another potential solution is an instrument known as a deliverable swap future (DSF). A DSF provides users with interest rate swap exposure like a forward contract but simultaneously allows for margin savings that are commonly associated with futures. DSFs are a blend of on-exchange and OTC. They can also be traded electronically. The buy-side acknowledges the greater trading venue choice; margin savings and reduced reporting requirements over OTCs are major advantages of DSFs.

Despite these obvious advantages, buy-side attitudes are broadly split on the overall usefulness and effectiveness of DSFs. Many organisations hedging interest rate risk have specific requirements and a DSF may not provide sufficient coverage. The DSF market is also quite illiquid, although it is still in the early stages of development. In other words, DSFs are not going to replace the OTC market because some hedging activities will remain inherently bespoke. But DSFs are a growth market, and they could complement buy-side firms’ avenues for hedging their interest rate risk.

AN EXPANDED TOOLKIT
Regulation of the derivatives market – namely heightened margin requirements for cleared and un-cleared OTCs – poses difficulties for market participants and may present a challenge to legitimate hedging activities. This has led firms active in the market to review their margining practices and respond in a competitive and innovative way. Financial institutions are exploring alternative hedging models such as standardised ETDs or DSF hybrids. We expect that these products will become increasingly popular in the coming years. However, these instruments do not herald the end of the OTC market. Financial institutions will always require bespoke contracts to suitably hedge their interest rate risk. In this regard, ETDs or DSF should be seen as complementary instruments available to financial institutions in executing their hedging strategies.

Nicolas Richard is Head of Institutional Sales for BNP Paribas’ Derivatives Execution & Clearing unit. He has over 25 years of experience in brokerage and clearing services. Nicolas joined BNP Paribas in 2010, from Newedge, where he held the position of Head of Sales Clearing EMEA.