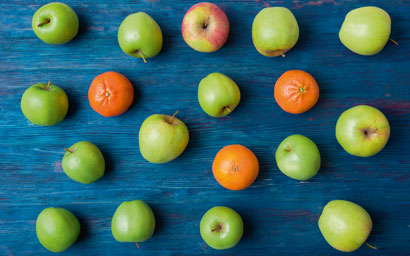 David Stevenson looks at the progress of Priips and finds a directive that asset managers first pushed for has turned out to be a burden for them.

This delayed the implementation of Priips, or the Packaged Retail and Insurance-based Investment Products directive. The hold-up followed growing concern that technical standards for the ‘key investor document’ (KID) were unfit for purpose. The KID is a Priips document aimed at helping investors purchase funds, and the rejection of the RTS for it came as no surprise.

“It was the right decision. All the European bodies were talking and taking different directions,” says Laurent Plumet, head of business development for fund administration at Societe Generale Securities Services.

One sticking point was the form the KID would take. It was going to be three sides of A4 paper – but as many people pointed out, prescriptive information would take up two-thirds of this. Only a fraction of the document would explain the workings of the product to retail investors.

The intention behind Priips – to provide retail investors with the information required to make an informed decision about investing – is broadly seen as a good one.

But the directive covers an awful lot of products across the asset management, banking and insurance industries. And these industries each have different concerns. “When it comes to practical details, it’s really tough,” says Plumet.

Since it covers so many bases, Priips is described as the ‘elephant gun’ of regulation. But creating a KID that covers so many types of product was always going to troublesome.

“Priips is trying to cater for everything at once, so not perfect for anything, by attempting to cover all bases at once,” says John Adams, a partner at law firm Shearman & Sterling.

He is also rather scathing of the European Commission’s definition of a retail investor, which encompasses very sophisticated investors: “Hedge fund managers are not marketing for everyone, just sophisticated investors who happen to fall within this category. I’m not sure this KID document will be very helpful.”

PRIIPS REBOOTRED
The second version of the Priips RTS was being released early this month. One of the concerns regarding the initial format was that it did not include past performance in its KID. This is not expected to change when the updated guidance is released.

“The issue with the last RTS was that if you took a period with no stress, then it would not factor in the future scenarios,” says François-Kim Hugé, a partner at Deloitte.

The new RTS is expected to include a stress-test scenario that will take into account poor market conditions and how a product might perform in those circumstances.

But some think even this added measure may not be enough to make Priips a valuable aid to investment. Ashley Smith, head of business development at regulatory systems provider Silverfinch, says that though it gives more breadth and depth to scenarios, “if they’re any more intelligible to the retail investor, I’d be surprised”.

Although, as Plumet says, “past performance is a lost battle”, the previous three proposed scenarios all showed a positive outcome, which he says is “nonsense”. He adds that even the previously included moderate scenario can produce strange results in certain configurations.

Plumet thinks that this method should be discussed again to gauge what the impact would be on products at certain times. However, others say that the European supervisory authorities will want to avoid another lengthy lobbying process, and will expect firms to work with whatever they present to them. “I can’t see any more lobbying going on around the second version of the RTS. It’s now time to get on with it,” says Smith at Silverfinch.

The one element vital to making Priips work across the various industries is the data exchange framework (EPT), a way for asset managers to provide data and information regarding their products to insurers. Lou Kiesch, another of Deloitte’s partners, says that if it doesn’t work, Priips will be “an absolute shambles”.

Smith agrees. He’s been telling clients to worry about the EPT, as its format is unlikely to change, although its calculations might.

Thanks to a ‘grandfathering’ clause that delays the implementation of Priips until 2019, the asset management industry has arguably been treated more favourably then the banking and insurance sectors.

That said, insurance companies are large clients of asset managers and will need data from them, so it’s unlikely asset managers will be able to put off becoming compliant until the grace period is over. Asset managers need to be exchanging data with their clients, so clients can produce their KIDs.

“Data is the currency of the future,” says Kiesch, who says Deloitte’s job is to position itself between different players to collect all relevant information from them. “It’s a matter of fine-tuning that data and making it usable by the end user.”

“Does it make sense to have a single document that is supposed to help people compare apples and oranges?” says Adams at Shearman & Sterling. “But we’re past this now, it is going to happen.”

His is not the only voice of dissent. Kiesch says nobody doubts the good intentions behind Priips, but “that’s one of the only positives about it”.

He adds: “The unintended consequences will be when the industry struggles to find out why there was not a better dialogue between the European Commission, its parliament and the industry. You can be transparent but nevertheless still be extremely complicated. This doesn’t help anybody.”

HOW IT CAME TO THIS
According to commentators, the impetus for Priips came from the asset management industry, which resented the fact that other retail investment products didn’t have to show the same level of transparency. These included retail banking products and life insurance products.

Ironically, it was the asset management industry that lobbied for an extension to Priips when firms realised the scale of the task. Considering the extension came late last year, in the main this caused problems for larger asset managers, as they were expecting implementation of Priips this year.

“The delay came so late, a lot had invested time and effort to work out what documents they should be using,” says Adams. “These managers spent time working on the template that was produced and when the whole thing was rejected, it left everyone in limbo.”

Now Priips will come into force at the same time as the updated Markets in Financial Instruments Directive, known as MiFID II. Plumet sees this as a good thing, making it easier for firms to work on both directives at the same time. But as Adams alluded to, MiFID II was postponed by former commissioner Jonathan Hill well ahead of its implementation, while Priips was a last-minute rebuff at parliamentary level.

The original RTS of Priips were inadequate and as Smith says: “I wasn’t surprised that it was booted out by MEPs.” Now that the Commission has listened to bodies such as the European Securities and Markets Association, it is expected that a directive fit for purpose will emerge.

Some people, though, seem deeply sceptical about the Priips, directive, in whatever form it finally takes.

In Smith’s words: “It’s one of these pieces of paper that you have to give people who either don’t need it or won’t read it, but you’ve ticked a box.”