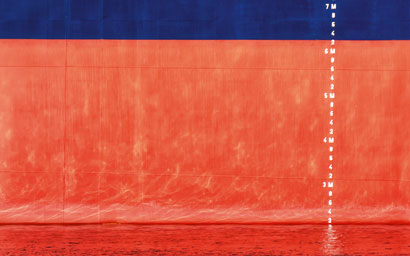 Regulation of investment firms in the EU is changing and certain firms will get new ‘proportionate’ prudential requirements. But don’t expect proportionate to mean lower, says Michael Chambers, head of prudential at Cordium.

Simpler and more proportionate requirements. These may sound like magic words to an investment firm, but you’d be forgiven for suspecting there’s a catch.

The European Banking Authority (EBA) prudential framework is changing. The idea behind this is to move away from bank-like prudential regulation for investment firms that don’t require it, instead simplifying the rules and making capital requirements more ‘proportionate’. For an industry fretting about the looming MiFID II, this seems to provide welcome respite. However, though ‘proportionate’ may sound like ‘lower’ to some, it’s likely to mean just the opposite for many.

While some larger firms may benefit, small firms may face higher capital requirements. Some UK firms might be tempted to think Brexit will see them sidestep the regulation, but that’s unlikely. To do business with the single market in any way remotely similar to what UK investment firms are used to, an equivalent regime will need to exist in the UK.

SOME WELCOME SIMPLICITY
In 2014 the EBA published a new rulebook in the Capital Requirements Directive (CRD) IV and promised a review into the applicability to investment firms. Three years later, here we are.

There are today more than ten categories of investment firms with different prudential regulations applied across the spectrum. The idea is to reduce it to just three.

The biggest investment firms – ones classed as systemic and bank-like – will keep the full requirements of CRD IV. This is Class 1. Currently, this boils down to just nine EU investment firms.

Most investment firms will fall into Class 2 or Class 3, both of which will come with a more limited set of prudential requirements.

Class 3 is mainly reserved for smaller firms. The EBA proposes thresholds for balance sheet size, income/turnover and assets under management. The thresholds are borrowed directly from EU SME criteria, which set balance sheet size and income/turnover at €2 million for ‘Nano’ and €10 million for ‘Small’ entities. At the moment, only Nano firms will fall into Class 3, excluding most firms, though this might be changed to include Small.

Some qualitative aspects will keep investment firms out of Class 3 too, such as permissions to hold client money or securities or dealing on own account. Interconnected firms may also be excluded, to avoid larger entities splitting into smaller groups for regulatory arbitrage.

As for Class 2? Well, it’s anything that isn’t Class 1 or 3. As thresholds stand, this is likely to include the vast majority of firms.

There are caveats and nuances as you’d expect, but this does represent a significant and welcome simplification of a complex regulatory area.

For firms not currently required to calculate a FOR – such as non-MiFID firms – this will almost certainly bump up capital requirements. It would be understandable if such firms felt aggrieved that a rise in capital requirements is being triggered by a moving of the goalposts, rather than a change in the risks they pose to the market.

For the rest, so far so good – the changes are likely to be cosmetic insofar as any excess of wind-up estimates over current FOR simply moves from Pillar 2 to Pillar 1. The problem comes in the adjustments being made to ICR and FOR requirements. The ICRs have been unchanged for more than 20 years, so are arguably due an update, but that’s cold comfort to those affected.

In respect of FORs, the current calculation requires 25% of annual overheads. The EBA’s thinking is that it can take more than three months to wind up an investment firm, and that an increase might therefore be in order. Again, it will be smaller firms and start-ups that would be troubled by this.

For Class 2 firms, the risk-based metrics will be based on ‘scalars’ based on observable ‘K-factors’. Jargon aside, this means there will be numerical metrics based on the perceived risk the firm poses to the customer, market and itself in the event of trouble. These measures will be calibrated based on figures provided by the industry to the EBA’s current request for feedback. At this moment, it’s difficult to say whether these will end up being problematic.

For small firms and start-ups, these changes could prove a barrier to entry or even an existential threat. The good news is that implementation is still likely to be a few years away (it’s unlikely to come before MiFID II), so there’s time to inject new capital or to tighten the belt and build up extra capital over time. Either way, it remains a burden.

ARE THERE ANY WINNERS?
Arguably, investors, counterparties and regulators win. It’s difficult to argue that firms should not be required to hold a proportionate level of capital to protect customers and the markets.

It will be the biggest firms in Class 2 that get the most benefit out of this simplification, as they have the most complexity in their operations. Compounding that is the fact that their capital requirements may stay broadly similar or even fall.

Smaller firms will potentially suffer from higher ICRs and FORs and the eventual value of scalars.

WHAT TO DO?
The rules aren’t final yet. A lot will depend on the report released by the EBA in June which will factor in the quantitative data collected from the industry. Even this will not contain a final proposal. That means two things.

First, that it’s difficult to develop specific action plans at this stage and firms should keep a close eye on developments.

Second, firms can still influence the final outcome. Even after the June report, the EBA will likely open the floor again for industry feedback, possibly with another discussion paper, or perhaps a consultation on a more formal proposal of rules. The more feedback the EBA receives, the more likely the new requirements will be properly proportionate, and the less chance of an unintentionally harsh set of rules.

Whatever happens though, it looks as though capital requirements for many firms will be simpler, but higher.