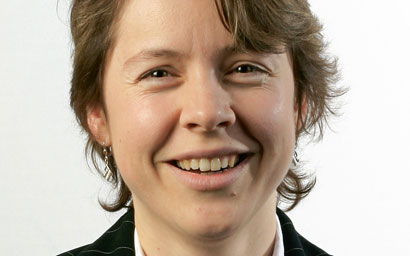 Laurence Terryn, a fund selector at Candriam, tells David Stevenson how the twists and turns of the past year’s macro environment flavoured her approach to fund selection.

The past year in fund selection has presented a number of unexpected events, as readers are probably well aware. At the Luxembourg distribution arm of Candriam, the job of dealing with markets fraught with geopolitical uncertainty fell to Laurence Terryn, deputy head of external multi-management.

Terryn is part of a 13-strong team of multi-management investment professionals, who select external funds and manage long-only funds-of-funds and alternative investments, whose strategy excludes in-house funds (those of Candriam, the asset manager owned by New York Life Insurance).

The past year’s macro environment begins, pretty much, with the shaky start European equities had in 2016. At that time, Terryn’s approach to fund selection was more risk-off and the focus was on growth and quality stocks.

But by the second half of 2016, there was a rotation into more value-oriented stocks as risk appetite returned. Terryn’s choice of funds reflected that, too.

She says she looks to select funds with good scores for the past two and four years. When it comes to managers, she does not seem to approve of those who stick steadfastly to their investment style, no matter what is going on around them.

“In the current flexible market, we appreciate flexible managers with a top-down view, able to adapt and be flexible,” she says.

She recalls a telephone conversation with a manager whose model involved four investment factors: value, quality, momentum and earnings.

The problem with the model was that when a value stock became too expensive, it had to be sold.

Terryn proposed keeping stocks, even when they were no longer cheap and didn’t fit the value-factor mould, and says this reinforced her belief in the need for flexibility, especially in volatile markets.

One of the difficulties she faces in her job as a fund selector is when an event comes along that seems to catch everyone out. In recent times, this might have been the Brexit referendum result or the election of Donald Trump to US president.

“Brexit was a big event. Until it happened, [the European market] was slightly prudent with no clear direction; after the vote, the market corrected sharply in a short period, away from cyclical sectors and towards more defensive areas, whereas some beta strategies were quite hurt, " she says.

She recalls that clients were asking for more defensive funds, funds with holdings outside of the UK – and, very often, away from exposure to the UK’s real estate sector.

But she worried, she says, that the extreme reaction to the vote might have been overdone. “People were thinking it’s a new world [characterised by] fewer equities, more bonds and cash strategies.”

She says Trump’s election was similar, with commodities and value coming back into vogue, and the Federal Reserve easing off the interest rate hikes.

“The US market is becoming expensive but it’s still the largest market and the world tends to follow it. We monitor the evolution of rates and economic growth. Small-caps did extremely well following the election. We were exposed and took the profits.”

EMERGING MARKET MOMENTUM
The outcome of the US election also had implications for emerging markets, which, according to Terryn, had lagged developed markets for years. But last year she saw signs that the risk in China was diminishing. Investors had been avoiding China to such an extent that even European stocks with exposure to the country were being shunned.

She saw signs of the Chinese market gaining momentum, she says, one signal being the recovery in the price of oil. For emerging markets upside, she tends to use index funds more, as opposed to quality and fundamentals. She says it’s difficult to find bullish global emerging market funds, unless one goes down a country-allocation route.

“We tend to add some quantitative and value funds in different regions. There are not many value funds on global emerging markets left,” she says.

Terryn says she tries to find a balance between core, quantitative and index funds. There is also a value component, through a fundamental manager, “to add some balance”.

“When emerging markets are going up, often fundamental strategies are lagging,” she says.

She distinguishes between emerging market countries that are inextricably linked to the US, and those that are more independent of US monetary policy, such as India.

But nations publicly maligned by Trump, notably Mexico, have potential, she says. There are opportunities for emerging market debt managers in countries such as Mexico and Turkey because of the currency play. Currencies in both countries are comparatively cheap, and Terryn says valuations are sufficiently weak that upside potential far outweighs the downside risk. She concedes that this is not the sort of investing she could do herself, and relies instead on emerging market debt managers.

For those darlings of the emerging markets such as India, Terryn is hesitant. While she freely admits that some of prime minister Narendra Modi’s reforms have been “good news” for the economy, their social impact concerns her.

For instance, Modi’s demonetisation last year was probably a good move for the banking sector and government, because it removed money from the black economy. But it also caused major upheaval for the largely agricultural population, who had to go to cities and change their money.

Going forward, she is bullish on European and Japanese equities.

A FINAL WORD
On the business development side, she says Candriam is focusing its distribution efforts in the Italian market.

“Italy is a market with potential as the banking sector is not consolidated,” she says.

But she also knows that this is hardly a secret, and competition is fierce. The priority for Candriam is to boost sales in Italy. In 2001, it hired Renato Guerriero as head of institutional sales in Italy. He performed so well, he’s now a member of the executive committee.