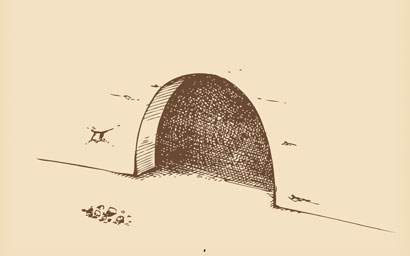 Nicholas Pratt looks at the attention managers pay to the cost of clearing and settlement and finds that the costs are too low to bother about.

In the focus on asset management fees and costs, the UK Financial Conduct Authority (FCA) recently highlighted “third-party costs” in its Asset Management Market Study Interim Report. Costs like these do not generally get the same level of attention from managers or their investors when compared to explicit fund charges.

Among the more obscure charges are clearing and settlement. The FCA accepted there was a general level of transparency, but also proposed clearer communication of fund charges and increased standardisation of costs.

In its report, the FCA said: “The ancillary service providers we spoke to told us that they provide a detailed fee breakdown to their clients of the costs of services, including custody, depositary and trustee services, even where services are bundled.

But the report also noted that “investors (especially retail) are not particularly sensitive to charges, suggesting pressure to control third-party costs may be weak. In addition, both retail and institutional investors may not be aware of charges that are not shown in the headline rate”.

SAVING MONEY
Managers typically pay for many of their ancillary services as part of a bundled package in order to save money. This includes clearing and settlement, which is typically provided by custody banks as part of their service.

The FCA’s report noted that custody services were the most commonly purchased as part of a bundle by asset managers (more than 40%).

Clearing and settlement providers, such as central securities depositaries (CSDs), have little or no direct interaction with either fund managers or investors when providing their core services.

But in recent years, international CSDs, such as Euroclear and Clearstream, have branched out into other services, such as collateral management and asset servicing. This puts them into more direct dealings with fund management firms.

However, when it comes to the core services, these are still provided via a custodian, a depositary or a broker.

If the total expense ratio for a fund is estimated at 100 basis points (bps), the trading costs would generally be between 1 and 5bps at the very most – typically for funds with underlying instruments that are traded at a high frequency.

The lion’s share of the fund’s operational costs are for administration, accounting and transfer agency functions, with the clearing and settlement costs forming a much smaller proportion.

The presence of an intermediary between the clearing and settlement provider and the fund manager means that there is an additional cost to be paid by the manager and their underlying investors, though this depends on how the custodian decides to pass on its own costs. But again, this is unlikely to be too high given the competition in the market, say CSDs.

“The brokers and the custodians have to keep their customers happy, so that means fees are only going one way – down. For the funds with vanilla underlying instruments, we have not seen them going up and with T2S [Target2Securities], these fees are becoming even cheaper,” says one person from a clearing and settlement provider speaking on condition of anonymity.

There is a regulatory drive to bring more transparency to investment fund transactions and their value chains, most notably the updated Markets in Financial Instruments Directive, known as MiFID II. This EU directive will force asset managers to show how much they have spent on trading, and force custodians to show how much they have charged their asset manager clients.

But, say clearing and settlement providers spoken to by Funds Europe, this is unlikely to reduce clearing prices because they are already so low.

The primary interest for fund managers is not cost but safety, say the providers.

“Our service is safekeeping and the segregation of assets. We get our instructions from brokers and custodians,” says one.

This arrangement, whereby fund managers do not keep their assets directly with the CSDs and clearing houses, is welcomed by the service providers.

Before the financial crisis, one problem was the lack of segregation in various duties. The mandatory appointment of a custodian means that there is no longer room for manipulation. This is not to say that there is no room for fund managers to exert any pressure on the cost of their chosen custodians, as has been proven by the recent examples of large managers changing custodians, such as BlackRock.

“This is why ETFs are so cost-efficient, because the transactions go through an electronic exchange and the investors are all professionals,” says the person.

“But in the traditional mutual funds market, any investor is able to send a subscription or redemption notice in any format they choose. And the costs are recorded at the transfer agent level.

“I still don’t understand why fund managers allow investors to invest directly and not through professional intermediaries or through a standard electronic process.”