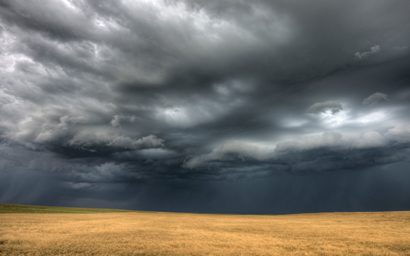 With new players entering the exchange-traded funds market, David Stevenson asks providers which strategies they are employing in a volatile market.

What a difference a month makes. In January, exchange-traded fund (ETF) providers were positively beaming at the success of their products, seemingly impervious to the global equity market meltdown. Then came February and reality bit hard. European ETF market flows reached a one-year record low that month, seeing outflows of €271 million, according to Lyxor, an ETF provider. Total assets under management dropped 5% compared to the end of 2015, down to €428.5 billion.

European equity ETFs were no longer immune to market turbulence, registering €1.1 billion of outflows during the month. It was their first negative month of flows since April 2015.  Investors instead sought the safe haven of fixed income  ETFs, with European government bond products picking up €871 million. Other safe havens sought by investors included gold. Gold ETFs enjoyed inflows of €140 million.

Commodities and broad emerging market ETFs were also positive in February, with inflows of €216 million and €196 million, respectively, perhaps indicating that investors were cautiously re-entering this area if oil prices were finding a floor.

ETF providers are not known for missing market trends. US giant Vanguard listed four fixed income ETFs on the London Stock Exchange (LSE) at the beginning of March.

Tim Huver, ETF product manager at Vanguard, says that the move into fixed income ETFs is no sudden event and has been building up traction since last year. “Over the past year, there’s been more interest in fixed income ETFs in Europe, which was equity-focused traditionally. Looking forward, we’ve seen an increased number of fixed income ETFs launched in the marketplace,” he adds.

Vanguard’s recent fixed income ETFs on the LSE had a total expense ratio (TER) of 12 bps, although Huver says this is at the “starting line rather than the finish regarding what we’ll do with costs”. He adds that for many investors looking at the bond market, due to the multitude of issuances, it does tend to be a fragmented market. Therefore ETFs are an efficient way of assembling a basket of bonds as opposed to assembling that basket of bonds outside the wrapper of an ETF.

Lyxor has also bulked up its fixed income range, with bargain products with a TER of just seven basis points (bps) covering gilts and US treasuries. James Waterworth, vice-president of UK and Ireland ETF sales at Lyxor, says: “Given the low-return environment, anything you can save on fees goes straight through to the investors’ bottom line.”

Another strong performer in this market has been smart beta ETFs. Bryon Lake, head of Invesco’s Powershares, says his firm has a healthy market share. In January, smart beta ETF inflows were $414 million (€377 million) in Europe; Powershares products made up $57 million, or 14.5%, of that, according to Lake.

There was no reversal in smart beta ETF fortunes in February – in fact they stepped up a gear, gaining inflows of €907 million, although this mostly went into defensive strategies.

In turbulent markets, Lake says his firm’s low volatility, high-dividend ETF has been a “superstar” fund. Since its launch in June last year, it has had $130 million of inflows.

Research conducted by Invesco showed that investors are going to triple their allocation to smart beta in the next three years. In the UK alone, investors expect their smart beta allocation to go from 10% to 20% of their portfolios in the same timeframe.

“The growth in trading volumes is a strong affirmation of the value of Boost’s short and leveraged products in today’s volatile markets. Investors have access to hedging strategies across a range of asset classes with the recent focus being on oil, equities and fixed income,” he says.

NEW PLAYERS
There is broad consensus that the European market is going to see new players in the ETF arena and, as Huver observes, this is good for investors as increased competition keeps prices down.

Last month Fidelity International, a high-profile active player, started building a team to enter the ETF market. This follows similar initiatives by Goldman Sachs Asset Management, Franklin Templeton and Legg Mason, who launched ETFs (or planned to) last year. A spokesperson for Fidelity said: “We have witnessed the strong growth of ETFs and have now started building a team to support the launch of our own ETFs.”

WisdomTree’s McNeil is not surprised by the interest in ETFs. “People look at their distribution channels and think, should they be looking at the ETF space? The technology is akin to analogue and digital; you’ll find that with ETFs and mutual funds, ETFs are just better technology.”

He adds that with a mutual fund, you pay for it before you get a price – unlike an ETF, which is highly transparent.

Waterworth of Lyxor says that the exponential growth of ETF assets may also be tempting firms to enter the market. With global assets just shy of $3 trillion globally and with three strong years of tailwinds behind this growth, firms clearly do not want to be left out.

The introduction of the UK’s Retail Distribution Review (RDR) may also have played into the hands of ETF providers. RDR banned the payment of commissions to financial advisers by product providers, but ETFs do not pay commission so were unscathed by the legislation. The low cost of ETFs is widely held to be part of their success.

However, there is some concern regarding an abundance of ETF providers in the market.  Although competition drives down the price of the products and is good for the investor, with 43 fund companies launching ETFs for the first time last year, problems can arise.

Huver of Vanguard says we’ve moved away from core exposures and product development into product proliferation.

Despite market volatility, there may well be more new entrants into the ETF arena. While some consolidation may occur, the product has become too popular to ignore and is drawing in the captains of active management, who seem keen not to
miss the boat.