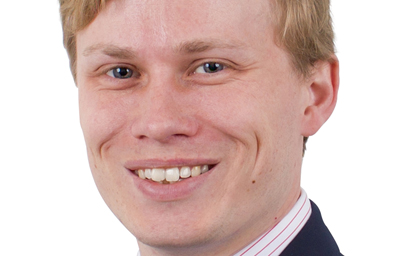 EU lawmakers are now finalising the text of the new regulation on financial benchmarks.

The regulation will impose new requirements on firms that provide, contribute to or use a wide range of interest rate, currency, securities, commodity and other indices and reference prices. It is expected that the new rules will be published in mid-2016 and will apply in early 2018. Consultations have already begun on the technical standards under the regulation. The new rules will present a significant implementation challenge, particularly where EU firms use non-EU benchmarks in the management of investment funds.

THE OBJECTIVES
The new regulation is a key part of the EU’s response to the Libor scandal and the allegations of manipulation of foreign exchange and commodity benchmarks. It aims to reduce the risk of manipulation of benchmarks by addressing conflicts of interest, governance controls and the use of discretion in the benchmark-setting process. It will require EU administrators of a broad class of benchmarks to be authorised or registered by a national regulator and to implement governance systems and other controls to ensure the integrity and reliability of their benchmarks.

Supervised entities under EU legislation, including Ucits and fund managers, will also be subject to restrictions on using benchmarks unless they are produced by an EU administrator authorised or registered under the regulation or are non-EU benchmarks that have been qualified for use in the EU under the regulation’s third-country regime. These separate controls on the use of non-EU benchmarks represent one of the most challenging aspects of the new regulation.

WHAT IS A ‘BENCHMARK’? WHAT IS A ‘BENCHMARK’?
The new regulation is designed to cover a very wide range of indices including indices linked to interest rates, currencies, securities, commodities and even factors such as the weather. An index will be regulated as a ‘benchmark’ where it determines amounts payable under or sets the value of financial instruments or financial contracts or is used in investment funds. So index tracking and similar funds will be caught. This will be the case regardless of the volume or systemic relevance of the usage of the index.

Thus, the regulation will apply to customised proprietary indices as well as the well-known indices widely used in the financial sector.

RESTRICTIONS ON USE
EU managers will be prohibited from ‘using’ indices as a benchmark in the EU unless they are produced by an EU administrator included on Esma’s register of administrators authorised or registered under the regulation or are non-EU benchmarks that are included on Esma’s register because they have been qualified for use in the EU under the regulation’s third-country regime.

EU managers that use benchmarks are also required to maintain robust written contingency plans addressing the actions that they would take if a benchmark used by them materially changes or ceases to be produced. In addition, managers must reflect these plans in the contractual relationship with their clients.

IMPLEMENTATION
Fund managers will need to identify which of their business lines are engaged in activities that may constitute the ‘use’ of a benchmark in the EU. They will need to identify whether the administrators of relevant benchmarks will continue providing the benchmarks and the administrators’ plans for complying with the new regime (in particular, in the case of non-EU administrators). They will also need to prepare contingency plans, contract remediation programmes and prospectus disclosures as appropriate.

Owen Lysak is a partner at law firm Clifford Chance