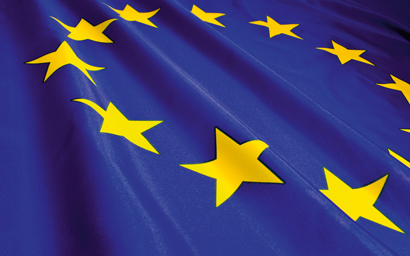 The year-long delay of MiFID II implementation was initially seen as a welcome breathing space, but it could prove unhelpful if Brussels does not sign off on the directive’s rules in the next few weeks, says Nicholas Pratt.

The European Commission, the EU’s executive arm, eventually gave in to industry pressure recently by delaying the revised Markets in Financial Instruments Directive (MiFID II), which covers a large number of investor protection measures. The new deadline is now January 3, 2018.

Brussels based the postponement on the complex technical infrastructure that needs to be in place to support the plethora of new rules.

The European Securities and Markets Authority (Esma) is responsible for managing the technical implementation of the directive, effectively ensuring that EC’s policies become a market reality. The size of Esma’s task is immense, involving the collection of data from more than 300 trading venues on more than 15 million financial instruments. It has to co-ordinate work with trading venues and firms, and also with the different EU regulators, or ‘national competent authorities’ as they are called in euro-speak.

Brussels insists that the extension will not affect the timeline for adoption of level II measures and says the extension is strictly limited to “what is necessary to allow the technical implementation work to be finalised”.

Some felt a sense of relief when the delay was announced. Market participants had faced the uneasy prospect of a major directive coming into force before any of the necessary IT systems were built. So the delay gave asset managers breathing space in that regard – but it also has created uncertainty in terms of budgeting and planning.

CAN'T AFFORD TO WAIT
Another potential complication is that some national regulators will decide they simply can’t afford to wait any longer, which could cause a potential mismatch in requirements. The UK’s Financial Conduct Authority raised this prospect in December 2015 when it set out its first consultation paper (CP15/43) on MiFID II implementation.

There is also some disquiet as to whether the one-year extension will in fact be long enough given that the EC, the European Parliament and the European Council all have to sign off on the technical standards before market participants can finalise the work on their IT systems.

Back in November 2015, Esma chairman Steven Maijoor stated that the original January 2017 deadline would be too tight and possibly unfeasible for some market participants to meet. The comments were viewed as a way to push the EC’s policymakers into an endorsement of the blueprint that Esma submitted back in September 2015.

If this endorsement takes too long, then the delay may prove to be in vain. Consequently, some feel that the EC has wasted an opportunity, given that what the market really needs is the elusive sign-off rather than another extension.

“Brussels opted, again, to define a fixed deadline rather than a relative timeline – 12 months after the event,” says Christian Voigt, senior regulatory adviser at Fidessa, a software firm.

“The new deadline assumes the transpositions and relevant technical standards are delivered by mid-2016. What if that does not happen? Let’s hope we don’t have to find out.”

Just days before the EC announcement, the European Fund and Asset Management Association (Efama) highlighted the damaging effect of unrealistic implementation deadlines which can lead to legal uncertainty and cause serious challenges for EU asset managers in the implementing phase of EU financial legislation.

To this end, Efama suggested there should be a minimum 18 months’ implementation time, starting from the date that the industry has all the necessary information for it to start applying the MiFID II rules. Instead it has an extra 12 months – but no indication on when it may get all the required information.