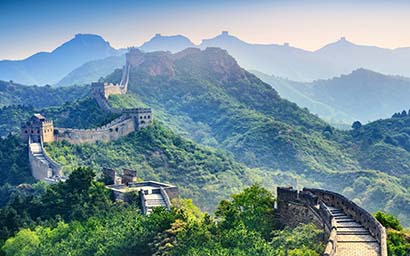 Luxembourg and China have a strong relationship based on investment funds. Here, Romil Patel speaks to market actors about a wide range of issues, from ‘ManCos’ to ESG investing.

As far as finance goes, China and Luxembourg’s relationship can be traced back to the Bank of China’s establishment of an overseas branch in the Grand Duchy in 1979.

Since then, it has increasingly become the European hub of choice for no less than seven Chinese banks. At the same time, early active engagement with Chinese authorities on policies to internationalise its capital markets and currency has put Luxembourg in pole position when it comes to accessing Chinese securities. As a result, it is widely considered the gateway to the EU for Chinese financial institutions.

With €4.8 trillion (US$5.8 trillion) in net assets under management (as of November 2020), Luxembourg is of international significance, given its status as the largest cross-border fund distribution centre, accounting for almost 60% of the global market share, according to PwC. In addition, 80% of all EU investment into Chinese capital markets is through Luxembourg-based funds – a trend expected to continue as China’s importance skyrockets.

Indeed, according to Funds Europe’s China Investor Survey 2020, 76% of those polled said that China is increasingly important to their investment strategy. Meanwhile, 47% signalled they would increase their exposure in the coming 12 months. Why? Simply put, China offers unparalleled diversification, with low correlation to the rest of the world and attractive returns. It also finds itself at the forefront of economic recovery after effectively bringing the Covid-19 virus under control within its borders.

As the investment corridor between Luxembourg and China goes on expanding – aided by the gradual removal of barriers to foreign investment, a quickening pace of index inclusion and passive investment flows, and greater investor demand – what does the Grand Duchy offer Chinese managers seeking to raise assets in Europe?

Thomas Kwan, chief investment officer at Harvest Global Investments, says Luxembourg’s advantages as a top destination of China-focused funds “include its rich experience in cross-border fund distribution, its flexibility, reliability and transparency in financial services regulation, and its social stability and geopolitical impartiality”.

He adds: “As the world’s second-largest fund domicile, Luxembourg helps Chinese fund managers to leverage the whole EU region, acting as an important gateway to Europe.

“Additionally, the time zone advantage is in favour of the interaction between China and Luxembourg. European financial markets open immediately after Shanghai and Hong Kong and close around midnight in China. The interconnected trading hours provide fund managers in China convenience in operation.”

While Chinese institutions have historically had varying degrees of success with respect to raising assets in Europe, 2020 was a big year for the Fullgoal China Small-Mid Cap Growth Fund, which was up 111%. At the end of 2020, the fund stood at $313 million. It nearly doubled to $606 million as of the end of January 2021.

“Part of the reason for the size of the growth was because we got it registered in Hong Kong for distribution, so it helped to get some inflows together with Europe,” says Michael Chow, head of international business at Fullgoal Asset Management (HK).

“For people who have been tracking funds for quite a while, they started to jump in with big tickets – particularly when they knew that we were going to close the fund very soon.

“But they didn’t just make that decision overnight, because they had been tracking funds for over two years, so a lot of groundwork had been laid before.”

Business partners
Fullgoal’s approach is to work with business partners in various cities in Europe and the Middle East, rather than setting up an office in each location. As a well-recognised jurisdiction that offers investor security and expertise in global distribution, Luxembourg is the most popular hub globally for Ucits, as it offers ManCos [third-party management company services], service providers, transfer agents, auditors and lawyers in a single location.

Furthermore, it is widely expected to serve as an increasingly important investment bridge between the EU and China.

“That helps a lot for investors like Fullgoal, as we can ease the communication and translate these very complex regulations in a few simple key steps and save them a lot of time,” says Alessandro Silvestro, managing director for Asia-Pacific at Lemanik Asset Management, Fullgoal’s chosen ManCo.

“It’s now or never for the Chinese asset manager – 2021 will be the year where China will become mainstream.”

For the likes of Shanghai-headquartered Red Gate Asset Management, a single-country boutique manager focusing exclusively on China’s equity market, partnering with a ManCo in Luxembourg provided an easy fix when it came to starting a fund. Such a move offered access to additional resources via their platform and avoided placing additional stress on the back office, as well as start-up expense ratios and the subsequent need to pass those on to clients.

Ultimately, Red Gate partnered with Lemanik to create a new sub-fund rather than a whole Sicav. “If we had tried to launch our own Ucits fund last year, we may still be neck-deep in paperwork and nowhere near a launch,” says Henry Macfarlane, head of distribution and investor relations at Red Gate Asset Management.

“Given that the whole world stopped – including the understandable slowdown in getting a fund green-lit by the CSSF [Luxembourg’s regulator, the Commission de Surveillance du Secteur Financier] – and everyone’s still working from home, we’re very relieved that we did go down the sub-fund route, because we would probably not have been able to launch the fund otherwise.”

The launch of the Green Bond Channel in 2018, giving investors access to data and information in English on Chinese domestic green bonds listed in Shanghai, helped lay the infrastructural basis to support further developments.

Chris Hollifield, head of the China desk at Luxembourg for Finance (LFF), says: “From a geopolitical perspective, there’s strong focus both in Europe and China on green – from [European Commission president] Ursula von der Leyen’s new green deal to [Chinese president] Xi Jinping’s pledges at the UN to hit peak emissions by 2030 and then carbon neutrality by 2060.

“There’s a clear sign that green finance is going to be a major topic and international expertise in asset management, particularly expertise relating to China and strong levels of early movement in green finance, makes Luxembourg well positioned as a hub for supporting those investment flows between international investors and green projects in China.”

However, as investors seek greater access to China, hurdles must also be overcome: namely, varying market standards between Europe and China, including the definition for green products.

With China eyeing not just quality growth, but also carbon neutrality by 2060, this should, in theory, translate into an abundance of green offerings.

What’s more, Luxembourg is in a position to help align China’s taxonomy for sustainable investing to European standards.

How quickly this plays out against the backdrop of China’s increasing internationalisation, combined with geopolitical risks, remains to be seen.