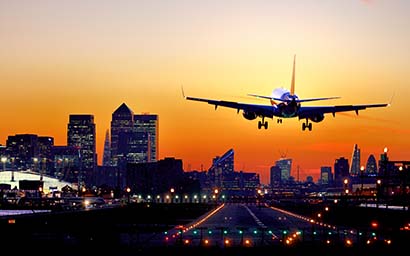 Funds managed in the UK but domiciled in Luxembourg have shot up since the UK voted to leave the EU. Noting this, Alfi director general Camille Thommes says 2021 marks the true start of the post-Brexit era.

With the start of 2021, we have entered year one of the de facto post-Brexit era, and year two of the coronavirus pandemic.

Both issues combined have resulted in considerable challenges to the mobility we were used to: in the asset management industry, that of funds, their investors and managers – and our industry’s people. What has therefore been in great demand are solutions for remaining not just operational, but agile in the absence of freedom of movement.

Much of Europe’s asset management activity plays out along an axis between Luxembourg as the main investment fund centre, and the UK – London in particular. In terms of assets under management (AuM) in Luxembourg-domiciled funds, a respectable €847 billion, or 17%, stem from UK fund houses. Within the EU, passporting mechanisms under Ucits and AIFMD rules allow for cross-border management and distribution of investment funds. 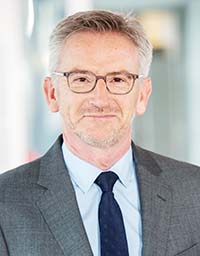 Brexit threatened to throw a spanner in the works of the well-proven interaction between investors, funds and managers across Europe. With their EU membership, the UK has lost access to the passporting mechanisms made possible by the internal market. Despite this, the fund industry, and financial services in general, was left on the sidelines of the Brexit deal negotiations. Measured against the political noise of the past five years, Brexit preparations in the asset management industry happened quietly – but the friction caused by the ambiguity of a possible no-deal scenario cannot be underestimated. From issues such as Ucits becoming third-country alternative investment funds, or ‘AIFs’, UK managers having to resort to each individual member state’s private placement rules and the future of hitherto UK Ucits all had to be considered and solved.

‘Foot in the door’
To deal with the complications, many UK investment firms opted for one of two main scenarios that depended on factors including size and business model, existing substance in the EU, governance model, and client base. One option was the appointment of a third-party manager in the EU; the other the creation of a (subsidiary) management entity in the EU, for instance in Luxembourg – a natural choice for those with an existing critical mass or a ‘foot in the door’ locally.

Compared to before the Brexit referendum, AuM in funds managed, but not domiciled, in the UK have increased from 52% (in 2015) to 59%, or £1.9 trillion, an indication of fund firms’ asset transfers to EU domiciles. Luxembourg has seen the establishment of more than 30 asset management firms that can be attributed to Brexit. For internal market participants in the investment sector seeking UK access, the Temporary Permissions Regime introduced by the FCA has granted relief, for now.

After leaving the EU at the end of January 2020, the UK continued to be treated as an EU member state for the duration of the Brexit transition period. From the start of this year, however, the UK has de facto become a third country from an EU perspective. Although a trade deal has been struck, it has (justifiably) been called “very light on detail” for asset management. It does foresee an MoU [memorandum of understanding] to set out further details by the end of March 2021, but the multitude of open questions, such as those around equivalence, the shape of any future collaboration in practice, and ways of ensuring stability and trust, mean that we will not be done discussing Brexit any time soon.

And Brexit does not only manifest itself through changes in fund rules. Along with the coronavirus pandemic, it also affects our people: the workforce of the Luxembourg fund industry. British individuals and families have also had to prepare for Brexit. Like The 3 Million in the UK and British citizens throughout Europe, thousands of British citizens residing in Luxembourg or the Greater Region have had to jump through administrative hoops in preparation for the end of 2020, in order to ensure or document their right to continue to work here. What may seem like a nuisance for now is hard to quantify in its longer-term impact. Fund professionals based in the EU and the UK respectively will not have it so easy in the future, and will therefore be less likely to take up work on the other side of the Channel, which does not exactly bode well for coming generations of industry talent.

Like Brexit, the coronavirus pandemic has produced unexpected limitations to mobility, and to what extent remote work will be here to stay is still up for speculation. In the long run, what will the current shift in work patterns mean for commuting, for offices, for cities? Will talent be easier or harder to attract? Along with the hope that vaccine rollouts are currently bringing, a huge positive is the broader understanding that a sustainable approach to investing and fund governance is indispensable. What we do has to be sustainable – for our businesses, for our people and our planet. So, as much of the 2021 agenda remains uncertain, it is expected that ESG factors will continue to dominate much of it.