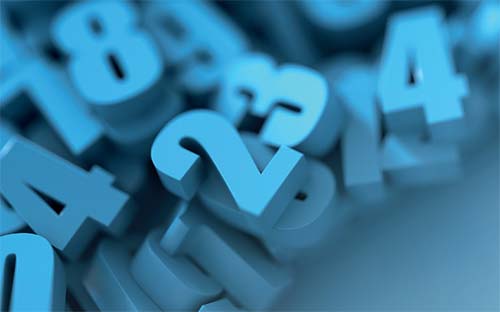 Luxembourg’s digital assets market is growing but regulatory clarity is needed for it to get to the next stage, finds Nicholas Pratt.

The improbably named Crypto Bull claimed to be based in the heart of Luxembourg and billed itself as a “reliable and technologically oriented” platform for cryptocurrency trading. Not so, said the CSSF, which stated that “this entity has not been granted any authorisation to provide investment services or other financial services in or from Luxembourg”.

Nor is it the first time that the CSSF has issued such warnings, having previously alerted investors to sites either impersonating legitimate entities or other entities falsely claiming to be fully licensed.
The Crypto Bull case highlights two things about the burgeoning crypto trading and digital assets marketplace in Luxembourg – firstly, that it has an active regulator interested in the crypto market; and secondly, that it is still an immature market where buyers must beware.

Luxembourg has been an early mover on crypto regulation. It was the first to grant a licence to global cryptocurrency exchange Bitstamp back in 2016. It also has a favourable tax treatment for digital assets, classing them as “intangible assets that are exempt from income tax until they are exchanged for fiat currencies”.

And just over a year ago, in February 2019, the Luxembourg parliament passed a bill to give legal status to securities issued on the blockchain, giving important legal certainty for the tokenisation market.
Meanwhile the Association of the Luxembourg Fund Industry (Alfi) has also played its part to promote the duchy as a digital fund hub. It has recently set up a working group to “analyse the use of crypto assets by fund managers” and to “support the Luxembourg regulator and policymakers in developing an adequate regulatory framework around digital and fintech matters which should ensure investor protection without hampering innovation”.

In addition to the digital enthusiasm of its regulator and its national fund association, Luxembourg also has a number of providers in the digital assets marketplace. According to Thomas Campione, blockchain and crypto-assets leader at PwC Luxembourg, there are close to 50 players covering the various services from digital assets exchanges to digital wallets and blockchain payment schemes.

And while a significant portion of this ecosystem is currently focused on retail consumers and payments, most service providers are well positioned to pivot to a more institutional market, says Campione. This is despite a lack of regulatory clarity around digital assets, not least about how these assets should be defined.

Infrastructure
Regulatory clarity isn’t the only thing needed to develop an institutional marketplace, says Campione. The proper infrastructure, in terms of custody, safekeeping and administration, is essential. To this end, PwC has recently collaborated with Tokeny, a white-label platform for financial firms looking to tokenise their assets via the blockchain, in order to offer what they say will be “full support for the tokenisation of existing assets and/or new assets tokenisation”. This includes cyber security, regulatory compliance and custody.

One of the issues around custody and safekeeping of assets is whether this can be provided by a new entrant or will be dependent on the established custodians. “The custody challenges can be tackled by a new player,” says Campione. “But I think we will need the input of a big player with their balance sheet, infrastructure and reputation. We are working to try and bridge the gap between the incumbent providers and the newcomers.

This optimism is echoed by Tokeny chief executive Luc Falempin, who describes the company’s role as “provisioning secure and resilient IT solutions that allow our clients to focus on their business without the hassle of technology and cyber crimes”. It offers a white-label platform for financial firms looking to offer blockchain services.

The custody of digital assets, however, is very different, says Falempin, and will become “way cheaper than traditional securities”. While “self-custody” may be possible for individual investors, professional custodian services are required for some type of financial instruments or institutional investors.

“Any licensed custodian of securities can propose a wallet management service for its clients. Because the tokens are compatible with standard Ethereum wallets and can easily be recovered, the risk for custodians is extremely low, and therefore their pricing will become more interesting for investors.”

Falempin is supportive of both Alfi and the CSSF in their respective efforts to promote the digital assets market. He refers to the CSSF’s new regulation to allow securities to be transferred on the blockchain as evidence of “an impressive level of understanding of the blockchain and its possibilities”.

The problem, according to Campione, is that a lack of clarity at the EU level is hampering the development of a digital market. “For this market to take off, you need regulatory clarity and certainty, especially for ensuring digital asset safekeeping, and a harmonised regulatory framework for the whole crypto-assets industry,” he says.

One of the main sticking points is how you define a digital asset. One interpretation is to define each digital asset as a financial instrument, the approach taken by Germany’s Federal Financial Supervisory Authority (BaFin).

In Campione’s view, this might be a burdensome approach in that it means every crypto asset is subject to MiFID II and its reporting requirements. That said, there are reportedly more than 40 banks awaiting BaFin’s approval to become regulated cryptocurrency custodians.

Another approach would be to come up with a whole new regulatory category for different digital assets – a path adopted by the Swiss regulator (Finma). Liechtenstein has also adopted a similar stance on regulating digital assets. In January 2020, its parliament passed the Law on Tokens on Trusted Technology Service Providers, which treats tokens as separate legal objects.

Detrimental
The EU is expected to produce more guidance on regulating digital assets in the third quarter of this year but the concern is that the longer the wait, the bigger the risk of regulatory arbitrage as countries seek to carve out a share of the digital assets marketplace, possibly to the detriment of that market’s integrity.

The CSSF has made various announcements on the topic over the past few years. In March 2019, the legislator published an amendment to the law of 2001 on the circulation of securities. “The regulator wants to be flexible and tech-agnostic,” says Campione. “It is clearly aware of the importance of the topic but it is looking to the EU. It does not want to develop a whole new regulatory regime only to have the EU issue its own rules to which Luxembourg has to adhere.”

Regardless, though, Campione says that “tokenisation is more than knocking on the door and it is a question of when and not if”.

So, what advice would he offer to asset managers currently observing digital developments? “In terms of retail investors, I would like to see Ucits funds able to invest in crypto assets, as is the case in Hong Kong).

“But for the institutional asset managers, I would encourage them to talk to their investors, especially the ones between 25-35 that are more willing to invest in crypto assets,” he says. “I would also emphasise the diversification benefits of crypto assets which have very little correlation to traditional assets as per data points available until now.”

Falempin expects to see more financial institutions enter the digital assets market in 2020 as the technology and regulation matures and certain gaps in the market are filled. “Hopefully a credible issuer of tokenised money will emerge,” he says. “It would allow our customers to use the blockchain as a delivery versus payment and drastically increase the speed of transactions.”

More needed than ever
The other gap in the market is the lack of asset managers, and Falempin recommends that they think about the new services they can offer in a tokenised world. “Value can now be represented and transferred digitally, so I think asset managers will be more needed than ever. The technology is already there and is easy to use but the ecosystem will evolve way faster once established asset managers bring qualitative assets to tokenise.”