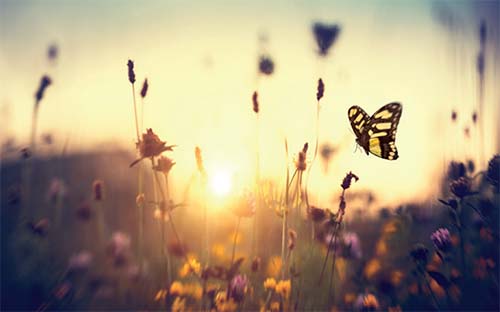 The growth of alternative assets in Luxembourg has created a myriad of opportunities for asset servicers, Nicholas Pratt discovers.

The latest figures from the European Securities and Markets Authority (Esma) show that alternative investment funds (AIFs) make up 40% of Europe’s assets under management (AuM) – € 5.8 trillion from more than 30,000 products.

The growth of alternatives has been especially pronounced in Luxembourg, with private equity funds increasing in size by 50% since 2018 and accounting for 4.3% of the global total. Meanwhile, a survey by the Association of the Luxembourg Fund Industry (Alfi) and KPMG showed that AuM for private debt funds have climbed by 40% in the past two years to more than €56 billion.

The reasons for this growth across the alternatives sector are well documented and come from global trends related to the financial crisis of 2008 as well as some Luxembourg-specific developments. Investors across the globe have increasingly embraced alternatives over the past decade in their search for yield in a low interest rate environment.

The kind of assets that used to be the sole preserve of ultra-high-net-worth investors are now in the mainstream and are being adopted by traditional asset managers and institutional investors that were used to Ucits funds. And in more recent years, they have turned to private debt and real estate as banks’ lending in these sectors has declined.

Furthermore, says Alfi chairperson Corinne Lamesch, the next few years should “represent an era of significant continued growth for alternative investment funds”. With the global AIF industry set to more than double in size over the next five years and over three-quarters of investors expecting to increase their allocation to alternatives, she believes “Luxembourg-domiciled AIFs are in a strong position to capitalise on this growth in interest and investment”.

But it is the many asset servicers operating in Luxembourg, as well as the AIFs, that are actively looking to capitalise on the rise in alternatives. For example, State Street has recently appointed a new country head, Eduardo Gramuglia Pallavicino, to spearhead its Luxembourg strategies.

Meanwhile, in the aftermath of Brexit, a number of other asset servicers have obtained a licence in Luxembourg. In December 2019, UK-based specialist administrator Crestbridge was granted a fund administration licence by the Commission de Surveillance du Secteur Financier (CSSF), a move that Crestbridge head of fund services Michael Johnson said was partly motivated by “the changing political landscape” in reference to Brexit.

Challenges
There is no doubt that asset servicers in Luxembourg see the rise in alternative assets as a great opportunity but there are also challenges relating to the competition, the need for expertise and for investment in technology and systems to deal with the extra complexity of alternatives-focused funds.

“The challenge (in a positive way) is finding ways to service the new fund vehicles designed to capture all of this new investor flow,” says Gramuglia Pallavicino. “We have seen open-ended alternative funds for less liquid assets as well as closed funds for liquid assets. There are more hybrids.”

Luxembourg has built an ecosystem based on reporting and oversight around private equity and real estate, after the financial crisis, when bank lending in these sectors dried up. The grand duchy continued to build its servicing toolkit and expand the asset servicing capabilities for alternatives, from reporting and administration to custody and depositary, Gramuglia Pallavicino says. “All of that started back then and has continued to evolve,” he adds.

“Luxembourg has become a genuine cross-border market and a successful domicile for private assets,” adds Mathieu Maurier, Societe Generale Securities Services’ country head in Luxembourg. “There has clearly been an increase in real assets such as real estate and infrastructure, which have doubled in AuM over the last three years. Private debt has been another area of huge growth.

“We are seeing a number of service providers stepping up – fund accountants and third-party management companies. We have also seen the generalists, including us, invest more in their alternatives business. But it is important to distinguish between the large, bank-led service providers, the independent generalists and the specialists,” says Maurier.

One of the greatest opportunities for asset servicers comes from the increased oversight in the alternatives world that has come from new regulation. Under the Alternative Investment Funds Directive (AIFMD), there is more oversight and investor protection demanded of these funds and a regulatory framework that qualifies these alternative funds with certain institutional investors’ mandates, says Gramuglia Pallavicino. “There’s a very strong governance framework with a need for a depositary to provide oversight. For asset servicers, there is the opportunity to provide that service.”

This opportunity will also expose the difference in the various providers that Maurier mentions and will lead not just to more competition, but also to more cooperation in some areas. “We do see cooperation between organisations. It can be complex to provide multi-discipline services in multiple jurisdictions, and it may mean cooperating more with competitors,” he says.

“If you have real assets, you may well go with the non-bank. But we also see hybrid and open-ended fund vehicles, especially after the introduction of European Long Term Investment Funds, and you need the full balance sheet. Many of these funds want the classical corporate banking service (bank accounts, custody, administration and depositary services) out of one hand and are requiring bank services for the special purpose vehicles. There is a huge gap in the market.”

In a market of tremendous growth, there is a tremendous responsibility on depositaries, Maurier adds. “Funds cannot exist without a depositary and the depositary has the power to say yes or no to a fund’s projects. I’m a firm believer that the depositary is better within a large banking group that can provide the financial protection you need.”

The inflow for alternative assets has created more competition among Luxembourg’s service providers and attracted a number of new entrants, says Fèmy Mouftaou, chief commercial officer at fund administrator IQ-EQ. But not all of these new entrants have the resources, the inflows or the technology needed to serve some of these alternative funds and assets, he says.

There are also the challenging economics. “The pricing has reduced because of the competition, but the cost of servicing these funds has increased because of the complexity and new reporting requirements. The key to managing this equation is either through scale or through the quality of technology,” says Mouftaou.

Technology take-up
The growth of tech-focused start-ups in Luxembourg has also helped with alternative fund servicing, says Mouftaou. He points out that the CSSF has also embraced new technology, using artificial intelligence to review fund prospectuses, which will encourage greater technology take-up from the rest of the market.

“Old specialists like us have acquired software and technology that is similar to the ones developed by the start-ups,” says Mouftaou. “The large global custodians see the opportunity and have created segregated entities to service those alternative assets. They now have an alternatives fund administration business – so it is about meeting that challenge.”

And although Brexit is making Luxembourg a more crowded marketplace, it is also bringing new opportunity for innovation and growth among asset servicers, says Kavitha Ramachandran, head of business development & client management, Continental Europe, at Maitland.

“We’re seeing an increasingly specialised market evolve as asset servicers strive to differentiate themselves and add value,” she says. “And with such a wide, well-performing range of alternative investment vehicles available in the region, the opportunity for asset servicers to specialise becomes even greater.”

Technology now plays a large part and, combined with this level of specialisation, it enables the asset servicer to really demonstrate where they add value to their clients’ businesses, says Ramachandran.

“As such, we’re seeing an influx of service providers with specific asset class expertise, in turn driving established players in the region to innovate and ultimately create better services and products.”

Coping mechanisms
The sustainability of asset servicers’ strategy is one issue that arises in a market where certain asset classes are doubling in AuM in the space of two years. Are there enough robust providers out there in the market and do these providers have the human resources and balance sheet to cope?

The asset servicers firmly believe that there are enough of them to ease any capacity concerns. Gramuglia Pallavicino refers to the diversity of the market, from large providers like State Street to the many specialists operating in Luxembourg.

Meanwhile, SGSS’s Maurier refers to Luxembourg’s adaptability as one of its key properties. “Resources and expertise are scarce, but we have seen people move from the UK to Luxembourg and we are seeing many of the vacant positions filled,” he says. “Luxembourg has always demonstrated its ability to adapt and I am not concerned about capacity.”