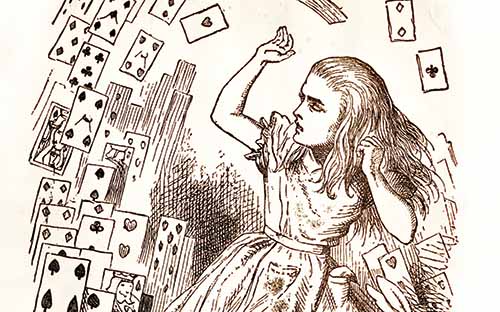 Luxembourg’s alternatives business is flourishing. But for reasons beyond the Grand Duchy’s control, European investors may not be benefiting from the broader global growth in these assets, says Nick Fitzpatrick.

Investments in private equity and private debt are presented as vital for institutional investors who want higher yields and greater diversification – but the picture painted is that European investors struggle to access these asset classes.

A November 2019 report by Natixis Investment Managers based on the experiences of 200 chief investment officers at European insurers makes the point.

Ninety-seven per cent of the CIOs said regulations were preventing them from investing in private-market assets, which are less liquid and more complex than the assets they are traditionally used to.

An example of these regulatory barriers is the EU’s solvency rules for insurance companies because the rules direct insurers’ assets into lower-yielding but more liquid government bonds.

However, as well as regulatory friction, could an element of trepidation by some investors also be working to deter them from diversifying in alternative assets? This includes sophisticated individual investors and their advisers who might want to access private market investments for the same reasons as institutions. 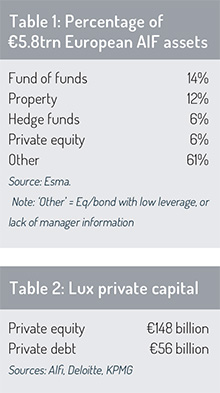 Diana Mackay, a fund sales expert at Broadridge Financial Solutions in London, highlighted the nervousness that wealth managers have when venturing from the familiar world of Ucits-regulated funds and heading down the rabbit hole of alternative investments.

“Distributors call for alternatives and products that are uncorrelated with the markets – and yet they still only want to invest in Ucits-regulated funds,” she told a Funds Europe roundtable in December.

“You see this also with institutions. A lot just want the regulation that surrounds Ucits – and even though you have more or less equivalent regulation with AIFs [alternative investment funds], you’ll hear distributors say they’d buy it if it was a Ucits.”

Mackay, who is Broadridge’s managing director of global distribution solutions, added that there was a huge comfort factor preventing large take-up of “anything that’s in the more alternative space”.

No barrier to growth
Such concerns do not appear to have hindered the growth in private equity and private debt assets in Luxembourg and elsewhere.

Looking at the broad EU landscape, nearly 40% of assets under management (AuM) in the EU’s funds industry is made up of alternative investment funds. The most recent figures from the European Securities and Markets Authority (Esma) show there were €5.8 trillion of net assets in AIFs, based on data from more than 30,300 products.

The figures – which were released in January 2020 but are for 2018 – show private equity accounted for 6% of that AuM. This rivals hedge fund exposure, and although the 6% is predictably smaller than for real estate (see table), the real estate asset class – supposedly an ‘alternative’ asset – is one that investors have had exposure to for decades. Esma’s numbers also show private equity funds experienced the largest growth in 2018, at 66% over the previous year.

More timely figures from Luxembourg also chart the growth of private equity. Luxembourg is traditionally the chief fund domicile and fund-services centre for non-alternative funds. But since the introduction of the Alternative Investment Fund Managers Directive (AIFMD) in 2013 – an EU directive that governs how alternative-asset funds can be managed and sold across member states using the bloc’s ‘passport’ mechanism – Luxembourg has focused more intensely on building an alternative funds specialism. Its latest results are seen as promising.

The Luxembourg data is from a survey by Deloitte and the Association of the Luxembourg Fund Industry (Alfi). It also showed that Luxembourg accounted for 4.3% of the global private equity industry’s AuM.

Growth can be explained in part due to the general increase in asset values that spanned virtually all markets last year (even bonds, which provide so much drag on institutions’ balance sheets).

Probably not – or at least, this is how comments from Corinne Lamesch, chairperson of Alfi, could be interpreted. Lamesch acknowledges that investors outside of the EU are a significant factor in the expansion of alternative assets.

Speaking about the Alfi/Deloitte report (and two other reports dealing with private debt and real estate in Luxembourg), she said: “These reports highlight robust growth across all three asset classes for Luxembourg-domiciled funds as they become increasingly attractive outside the EU, both in terms of new AIFs set up in Luxembourg and the breadth of non-European institutional investment into these funds.”

Perhaps European investors such as the insurers that Natixis Investment Managers surveyed are indeed struggling to diversify into alternative assets - though a report by Alfi and KPMG does show that 69% of investors in private debt were European.

As an innovation hub and problem-solver for asset managers and investors, Luxembourg should be concerned about being able to provide access to alternatives for Europe’s investors. But from a purely business perspective, the involvement of investors from outside the EU in Luxembourg alternative funds looks to be successful.

The attraction to Luxembourg’s alternative funds may suggest the country’s AIFMD ‘brand’ is becoming as internationally recognised as the much older Luxembourg Ucits brand. Ucits funds from Luxembourg – and similarly, Ireland – are already popular in Asia and Latin America.

In particular, Luxembourg’s fund-structuring creativity related to AIFMD is a driver for the international success of Luxembourg-stamped funds – or so the data suggests. The “robust growth” that Lamesch points to is partly – and possibly increasingly in future – down to Luxembourg’s Reserved Alternative Investment Fund (Raif) structure.

Speed to market
The introduction of the AIFMD in 2013 made the business of launching, managing and finding clients for private capital funds cumbersome for asset managers. Luxembourg and other major fund domiciles, such as Ireland, looked at streamlining the process, particularly to bring funds quicker to the marketplace.

An alternative fund in Luxembourg is typically structured as a Sif, or Specialist Investment Fund. But in 2016, Luxembourg introduced the Raif.

The difference is that the Sif is more tightly regulated, needing approval and monitoring by the CSSF, Luxembourg’s financial regulator. Regulation of the Sif is softer than for less complex Ucits funds; but the Raif, by contrast, is not regulated. That might sound scary, but the safety net is that the fund manager managing the Raif’s investments must be regulated and CSSF-approved.

The Raif, therefore, removes the double layer of regulation that is applicable to the Sif, where both the manager and fund are regulated.

Sean O’Driscoll, country head of Universal-Investment Luxembourg, a fund administrator, sees the popuarity of the Raif. “The Raif’s time to market is faster – typically one to three months, depending on the client and service provider – and in general the Raif is easier to launch. For example, any material change to a Ucits, a Sif or a Raif means the fund prospectus has to be updated, but with a Raif it is not required to be filed to the CSSF.

“However, whereas a Ucits fund has a kind of template, the alternative investment fund, or AIF, does not as they can be more innovative and complex structures that may need to be drafted on a case by case basis..”

Alfi and Deloitte’s research showed that Raifs and limited partnerships (another structure) had come to represent 51% of all Luxembourg private equity funds.

Similarly, the research into private debt funds by Alfi and KPMG shows the Raif had jumped in popularity for private debt managers and investors. Although 71% of loan funds were Sifs and 20% were Raifs, the percentage of loan funds set up in 2019 as Raifs “surged” from 13% to 20%.

This is likely to continue as alternative assets grow.

The growth in alternative assets globally is set to more than double in the next five years, says Alfi’s Lamesch, after a tripling of AuM to nearly $9 trillion in the decade up to 2017.

She adds that over three-quarters of investors are expecting to increase their allocation to alternatives. No doubt much of this will be, in Luxembourg’s case, through the Raif structure. But whether in Luxembourg, Ireland or elsewhere, could European investors be as much a part of the adventure as they’d like to be?