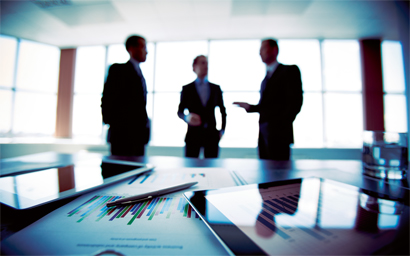 Luxembourg is at the heart of the issue of fund governance. If there is a need for more independent directors, how might it be met? And how can conflicts of interest be managed? Nick Fitzpatrick talks to two leading directors.

When flying to Luxembourg to answer questions at a fund’s board meeting, a portfolio manager, compliance officer or other individual ought to feel a little nervous. If they are not, then perhaps the fund’s board of directors is not doing its job properly.

The fund board exists to ask difficult questions of the fund promoter when necessary, all in the interests of investors. But the board members are mainly drawn from the fund promoter itself, meaning they are conflicted. This leaves investors with little choice but to trust that members put commercial interests aside.

Against this background, the role of the independent director is on the rise.

In Luxembourg and Ireland, the major centres of cross-border funds, the subject of corporate governance of investment funds has come to the fore in recent years, paralleling a tighter regulatory focus on investor protection. Both domiciles have introduced best practices for fund governance – including putting more weight on the role of independent directors.

Yet in Luxembourg still, no cast-iron requirement exists for funds to appoint an independent director and, in some cases, fund boards are composed entirely of representatives from fund sponsors. The four directors of Amundi Funds, a Luxembourg Sicav, are all from Amundi Asset Management in Paris, for example. However, a PwC ‘Luxembourg Fund Governance Survey’ showed that independent directors on Ucits funds increased from 21% in 2012 to 32% in 2014.

“I think there’s no doubt that over the past five to ten years, the trend has been for funds to have independent directors,” says Jacques Elvinger, partner and head of investment funds at Elvinger Hoss Prussen, a law firm in Luxembourg. “I could not say the majority of funds have an independent director, but I think we will get to that.”

Elvinger is himself a director sitting on several Luxembourg funds, for example Schroders and JP Morgan Asset Management.

POOL OF RESOURCES
One source of independent directors is the pool of retired bankers, lawyers and other professionals who find a second career as directors and bring a lifetime of experience with them, Elvinger says.

This is significant, because any increase in demand for independent directors could shrink the supply of sufficiently qualified directors at the same time as pushing up their fees.

A Ucits V proposal to do with management companies, known as ‘mancos’, may mean that some mancos will have to appoint independent directors, though not funds themselves. (It should be noted that just over 50% said either the supply of independent directors was adequate, or that Ucits V would have no impact.)

With its manco proposal, Ucits V may provide the European funds industry’s first clear rule for the use of independent directors, albeit not for funds themselves, says Claude Kremer, a partner and head of investment management at Arendt & Medernach, another Luxembourg law firm.

“So far, we do not have any express provisions in Luxembourg law which would require [funds to have independent directors]. It is a role that stems more from governance and conduct.

“But with Ucits V, I believe, for the first time we have a clear rule. If a manco and a depositary are part of the same group, they need at least a third of the board members to be independent, though this is not finalised.”

A preliminary finding by ILA, a Luxembourg body for directors, is that there are more than 20 depositaries in Luxembourg that are part of the same group as the manco, he adds. Which can only mean the need for candidates will increase.

For any funds that see value in having independent directors, hardest of all would be to source external directors with investment experience. Directors with adequate knowledge are more likely to be drawn from the fund group, and so are not independent.

“We are seeing fund groups looking for independent directors who have an expertise in investment management, but they may be more difficult to find,” says Elvinger. “Ucits funds are using more and more derivatives, and then there are ‘alternative’ Ucits where some strategies can be very complex.”

IN THE MINORITY
Both Ireland and Luxembourg have in recent years introduced corporate governance codes for funds. Luxembourg produced its first code in 2009 and updated it in 2013 with a recommendation for funds, including non-Ucits, to appoint one or more independent directors.

Ireland’s code, introduced in 2012 with a recommendation for a fund to have at least one independent director, has a little more bite due to a 12-month compliance period and a requirement for funds to publicly explain if they do not comply.

Kremer indicates that perhaps the demand and supply of independent directors should increase anyway. Independent directors, who may be in the minority on fund boards, have to deal with highly knowledgeable internal directors. “You need a few independent directors to have the comfort of not being alone. If you are on your own, then there is the chance that many topics will have already been discussed [internally] by the time of the meeting.”

Like Elvinger, Kremer is also an independent director. As lawyers, their obvious expertise centres around legal issues. Checking conflicts of interest with service providers and acting as look-outs for incoming regulations are two duties that a legal mind should bring to a board, says Kremer.

Yet both Kremer and Elvinger sit on the boards of funds that, at least in some cases, their own legal firms provide legal services to. So, if sitting in an independent capacilty, how far could independent directors in cases like this claim true independence?

“We could be seen as less independent than, for example, a retired auditor for whom the directorship is their main occupation,” says Elvinger. “But I would not accept the mandate of a board where I am not also the legal adviser, because I would want to know the fund well that I am sitting on.”

In other words, his knowledge of the fund is more thorough exactly because of the legal firm’s relationship with the fund. This might be a fair point, given that attention from the Luxembourg regulator has been given to directors having adequate knowledge and time to prepare for meetings.

Kremer says it is important for independent directors to be ethical people and possessed of a large amount of common sense.

He adds: “Some may say this [sitting on the boards of funds Arendt advises] is a conflict of interest. Though I do not agree, this is why boards do have to have independent directors whose behaviour is ethical.

“Also, and as a rule of contract, I will make sure that it is well understood that another Arendt partner, other than myself, will take responsibility for the legal matters of the fund.”

As always in cases where there may be conflicts of interest, the conflicts can be managed – and fund boards will have to get used to that if the number of independent directors on fund boards is to rise.