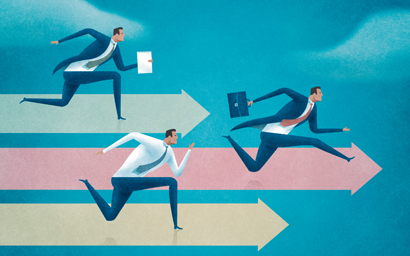 Luxembourg’s ambitions to be a cross-border centre for alternative funds are under pressure. Ireland is still a most formidable player and other domiciles are gaining ‘third-country equivalence’. David Stevenson asks if the proposed Raif could be the answer.

While Luxembourg is the undisputed home of the cross-border Ucits fund, the Association of the Luxembourg Fund Industry (Alfi) is continuing to push the Grand Duchy as a hub for alternative funds.

Faced with stiff competition from other domiciles, most notably Ireland, the jurisdiction is in the process of cementing its position as a home for alternative funds with draft legislation for the Reserved Alternative Investment Fund (Raif).

The Raif has the potential to be a game-changer, according to those in the know in Luxembourg. Fundamentally, a fund structured under Raif will be the same as a Specialised Investment Fund (Sif), except for one major difference: it won’t be subject to regulatory approval by the Luxembourg supervisory authority, the CSSF.

While at first glance, this may raise concerns from investors who want the protection that CSSF oversight offers, according to Joëlle Hauser, head of funds practice at law firm Clifford Chance in Luxembourg, Raifs are in no way unregulated.

“The Raif has to be run by an external alternative investment fund manager [AIFM]. It’s wrong to call it unregulated, as it’s regulated by [the AIFMD],” she says. This is to say that as it is managed by an AIFM, it is supervised by its EU regulator.

SPEED TO MARKET
One of the major benefits of the Raif is its speed to market, as it avoids the double layers of regulation (one at manager level, another at product level) that plagued previous alternative funds. In other words, it is not subject to approval by both the AIMFD and CSSF.

Olivier Coekelbergs, head of private equity practice at business advisory firm EY, explains: “Since the AIFMD was transposed into legislation, if you put it with other funds like Sifs or Sicars, you ended up with a double layer of regulation, which is not what investors are looking for.”

Hauser describes the Raif as “the missing piece in the Luxembourg toolkit”, but adds that it has to be used carefully, in the right circumstances, with the correct legal forms. It is due to come into force by the second quarter of this year, although clients are already asking for funds to be structured under the Raif as if it has been ratified by the Luxembourg parliament.

However, Luxembourg’s transition into an alternatives hub began before the new legislation was even proposed.

Olivier Renault, head of Luxembourg for Société Générale Securities Services, says: “Even before Raif, we have seen a lot of alternative funds in Luxembourg, including real estate funds, private equity and infrastructure. I think it is a trend in the market which is quite new. Before, it was centred towards the Ucits world.

Alfi chairman Denise Voss says the Raif will complement the range of investment fund products in Luxembourg, and that it demonstrates the understanding Luxembourg lawmakers have of the funds industry’s needs.

The receptiveness of the Luxembourg legislator to the needs of the financial industry is widely held as a reason for the success of the Grand Duchy as a funds hub. As Coekelbergs says: “You don’t get all you ask from government, but they are open people and they listen and where they can adapt, they adapt. We have a pragmatic and open-minded legislature.”

Marc-André Bechet, director of tax and legal at Alfi, says the Luxembourg legislator, the regulator and the fund community have steady exchanges to discuss possible improvements to existing frameworks or innovations like the Raif. “This helpful dialogue will also continue in the future,” he adds.

BATTLE FOR DOMINANCE
Figures released by Alfi show that since the introduction of the AIFMD, there are now 211 authorised alternative managers in Luxembourg, 626 registered ones and 950 limited partnerships.

But when it comes to the alternative funds market, Luxembourg is in intense competition with Ireland for market share. Official figures from Ireland show that, as of last October, there were 1,978 Irish-domiciled Qualifying Investor Funds (QIFs), including sub-funds, with €368 billion of assets. QIFs are a typical structure for alternative funds.

So it would appear that Luxembourg has the edge over its rival, although Ireland’s perceived strength is as a domicile for hedge funds, a type of business that Hauser says Luxembourg has not made any great headway with.

Some think the Raif will change this. Bechet says: “The generally uncomplicated and already well-known Raif framework will certainly be welcomed by hedge fund managers in Luxembourg and abroad.”

Alfi says Luxembourg is “leading the way in Europe” for real estate and private equity funds, and with €39 billion in real estate assets at the end of last year, it is certainly showing its power in this regard.

There is also evidence that Luxembourg has global appeal for those wishing to domicile their real estate funds here. Although investors come mainly from Europe, a significant portion comes from the Americas, Asia and the Middle East, which Alfi says confirms the Luxembourg fund regime’s global appeal.

The number of real estate investment funds in Luxembourg increased by 10% between 2014 and 2015, according to Alfi, and there has been a compound annual growth rate in the number of funds of 16.45% since 2006.

Luxembourg’s appeal to private equity houses appears to be on the rise, too, with some funds setting up under reformed limited partnership structures.

Also, at the end of last year, exits by private equity funds based in Luxembourg totalled $220 billion (€197.4 billion) – the second-highest total for the industry after 2014.

However, promoters do not necessarily see it as imperative to have a Luxembourg fund. “If you have a private equity fund structured somewhere that your investors and you are happy with, why would you want to come to Luxembourg if it’s not required?” says Coekelbergs.

Private equity is about raising capital and in the past few years, it has been very successful. But the lacklustre response by US fund houses to the AIFMD may suggest they have the capital they need and don’t feel compelled to market their funds under the AIFMD into Europe.

Alfi says that fundraising is periodic, so not all managers have had a chance to test whether the AIFMD passport provides distribution advantages.

However, Hauser says she is seeing US private equity firms with Cayman-domiciled funds who want to assess the European institutional market directly rather than through ‘reverse solicitation’, a method of capital raising where the investor approaches the private equity house.

The size of the funds looking at Luxembourg tend to be more in the mid-market range, says Coekelbergs, but adds that some large funds are setting up parallel structures created through Luxembourg and bringing more offshore capital onshore.

When the UK introduced its private placement regime in July last year in compliance with AIFMD, more than 550 private equity and hedge fund managers registered their funds in the UK.

However, although half of those who registered in the UK were from the US, many withdrew marketing activities due to certain stipulations in the AIFMD – for instance, the need to file an annual report to investors that outlines the remuneration of fund managers and other senior staff.

PASSPORT EXTENSIONS
With more jurisdictions gaining third-country equivalence for AIFMD passporting, Luxembourg is facing even more competitors. Guernsey and Jersey, two major Channel Island fund domiciles with combined assets under management of €500 billion, have been granted these extensions, meaning the entire fund structure can now be domiciled there.

Jersey has been growing as a hub for private equity and real estate funds, with private equity funds under administration reaching £69 billion (€89 billion) by September last year, according to Jersey Finance.

Although a report by consultancy firm Oliver Wyman in 2014 stated that 90% of EU private equity funds were domiciled in Luxembourg, the extension of passporting under the AIFMD – which saw Guernsey, Jersey and Switzerland gain distribution rights – may inevitably challenge the Grand Duchy’s ability to win new funds that enter Europe.

And if other jurisdictions under review by the European Securities and Markets Authority – such as the US, Hong Kong and Singapore – gain the passport, this may well see more private equity opportunities for European investors.

At the same time, Luxembourg will need to showcase its strengths as a centre of excellence to an even greater degree.

These strengths centre partly around its community of service providers and, very significantly, around the Raif.