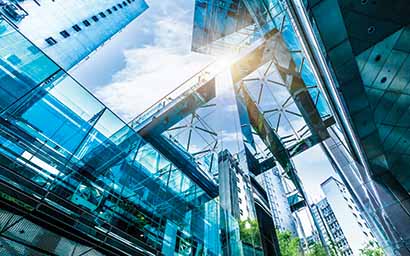 A link-up between the Luxembourg Stock Exchange and China to facilitate access to Chinese green bonds was another step in the Grand Duchy’s march towards becoming a sustainable finance hub, finds Mark Latham.

Luxembourg has carved out a reputation as a leader in sustainable finance in recent years through a variety of projects. One of the most eye-catching was the launch in 2016 of the Luxembourg Green Exchange.

The LGX, as it is also known, claims to be a pioneer in global capital markets and the first platform worldwide dedicated exclusively to environment-friendly securities. It now lists almost half of all green bonds globally.

According to a report from Swedish bank SEB, 2018 broke an issuance record for global green bonds of $183 billion. The bank expects the market to grow to between $210 and $240 billion this year.

China has the world’s second-largest bond market, valued at $9 trillion, and is believed to be the largest global issuer of green bonds.

Chinese green and sustainable bonds are valued at more than 250 billion renminbi (€33 billion). The Luxembourg Stock Exchange believes that just 2% of bonds in the main market are foreign-owned.

The LGX’s Green Bond Channel launched last June following a deal with the Shanghai Stock Exchange and has, for the past eight months, been providing international investors with information in English about Chinese green bonds.

Julie Becker, a member of the Luxembourg Stock Exchange’s executive committee, says that making prospectuses on Chinese green bonds available in English will open up the market to international investors.

The hope is that making potential investors around the world aware of the massive infrastructure projects funded by Chinese green bonds will help to open up China’s hitherto closed economy.

The information in English is being made freely available and, for the moment, the Luxembourg Stock Exchange makes no money from providing the service.

“At the moment, we are not doing this on a commercial basis at all,” says Becker. “Perhaps in the future that will change, but our aim for the moment is to make the sustainable finance market grow and make international investors aware of what is happening and available in China.

“This is about transparency and our objective is to bring the maximum amount of information to investors so that they can make well-informed decisions.”

Interest from investors has so far been high, says Becker, driven by strong demand and a dearth of sustainable finance instruments in Europe.

However, as the bonds themselves are traded only in China or Hong Kong, there is no way of measuring the success of the LGX scheme in terms of sales.

Becker concedes that green standards in China “are not completely compliant or convergent with our green taxonomy in Europe” but hopes that as China opens its markets to overseas investors, the scheme will in time help to drive up standards.
“This is where we really feel we have a role to encourage Chinese issuers to converge and align with international green standards,” she says.

Coal dispute
An example of the different standards in China and Europe is so-called clean coal, which is categorised as a green energy source in China but not in most developed countries.

“What is important for us is to show investors what kind of standards green category issuers in China are complying with. For us, everything is based on making things more transparent and is not a question of judging how green standards are in China.”

Ultimately it is up to investors to make their own choice of investment and to decide whether they want to contribute.

Becker points to a recent speech by Chinese president Xi Jinping, who said that China’s future development was reliant on building sustainable infrastructure, financed through green bonds. China’s aim is for international investors to buy half of these bonds.

“Concretely, if China wants to implement his speech, the country will have to accelerate the process a bit,” says Becker.

“What we are doing now is only the first step. Eventually we hope these Chinese securities will be tradable also on our own exchange or through clearing and settlement between China and Luxembourg.”

In the future, Becker believes that as well as green bonds, traditional Chinese corporate or government bonds will be sold on the Luxembourg exchange.

Following the Luxembourg Green Exchange’s founding in 2016, it took until 2017 for the LGX to publish information on green bond indices sold on the Shenzhen stock exchange. Details of green bonds on the Shanghai stock exchange were added last year.

Nicki Kayser of law firm Linklaters says that the addition of Chinese green bonds to the LGX’s offering is a significant move, given that China is the world’s largest issuer of green bonds.

Kayser, a partner in the capital markets and banking group in Linklaters’ Luxembourg office, adds that the “increased visibility” of Chinese green bonds among international investors is likely to be lead to other issuers and stock exchanges following LGX’s lead.

“The initiative has been a success as it brings a lot of traction and good exposure to the Luxembourg Stock Exchange,” he says.

Kayser envisages a virtuous circle of growing interest in sustainable finance, bolstered by initiatives at the EU level as well as Luxembourg.

“Asset managers, banks, insurance companies will increasingly have to show that they are taking sustainability into consideration when they provide services to their clients,” he says.