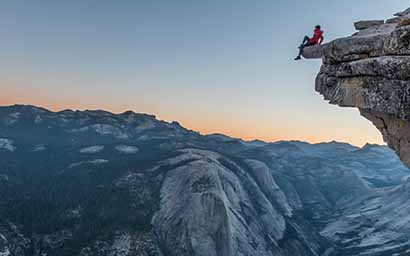 The total value of alternative investment funds (AIFs) based in Luxembourg has almost doubled, from €381 billion in 2012 to €704 billion, and now accounts for 17% of the country’s €4.06 trillion of assets.

In other eye-catching data, 248 reserved alternative investment funds (RAIFs) were launched last year, bringing the total since the vehicles were launched in 2016 to 575.

In addition, according to recent figures from the Association of the Luxembourg Fund Industry (Alfi), private equity funds in the Grand Duchy grew 20% in 2018, making Luxembourg – with a market share of 11.6% – the fourth-largest European centre for AIFs.

At a presentation in London last month, Alfi chair Denise Voss said that the Alternative Investment Fund Managers Directive (AIFMD) of 2011 – the EU directive that puts hedge funds, private equity and other alternative investment firms into a regulated framework – had been the “deciding factor” in the growth of Luxembourg’s (and Europe’s) alternative investment fund industry.

“Institutional investors have been willing to pay a bit more for that regulatory framework for AIFs,” she said, adding that the AIFMD had played as important a role in bolstering AIFs as the various Ucits directives had been in boosting Luxembourg’s mutual funds industry.

“I think we will see much growth in AIFs going forward because investors such as pension funds, for example, appreciate the diversification element of alternative investment funds versus the more traditional Ucits equity-bond funds.”

On the rise
The experience of Aberdeen Standard Investments (ASI) is fairly typical. Steen Foldberg, head of Luxembourg and managing director at the firm, joined ASI to run its Grand Duchy operations in October 2017, two months after the merger between Standard Life and Aberdeen Asset Management was completed. Since then, staff numbers at ASI’s Luxembourg office, a legacy Aberdeen asset, have roughly doubled to 50.

ASI hold Luxembourg-domiciled funds with assets of €92 billion, the majority of which is Ucits legacy Aberdeen Asset Management business, but Foldberg says assets and funds in the AIF sphere are expanding rapidly, especially real estate funds.

“Today’s continuing low interest rates means that the dividend yield on a mixed equity portfolio will be higher than the return possible from fixed income investments, unless you go significantly up the credit risk ladder,” he says.

He notes that even if interest rate hikes seem a distant prospect at the moment, investors can quickly lose money when interest rates go up again. As a result, institutional investors as well as family offices have become increasingly interested in alternative investments as a means to maintain or boost returns.

“People are desperately looking for yield and are prepared to take a certain risk. Therefore there is now a greater drive to look at other alternative investments,” Foldberg adds. “We clearly see the far biggest demand in the AIF space and as a consequence of that, we have extended our licence to cover infrastructure and private equity.”

While the ratio of ASI’s Luxembourg-domiciled Ucits funds to AIFs remains high (around 90% to 10%), the firm is now seeing equal inflows from both types. ASI is already, Foldberg says, one of the largest real estate investors in Europe and is increasingly moving into infrastructure – an attractive proposition for investors because of its stable and predictable returns – as well as private equity.

“It is not high return that we are necessarily offering, even though some of these funds have been giving stable returns of 6.7 or 8% with extremely low volatility,” Foldberg says.

Last year, investor sentiment was dominated by Brexit, Donald Trump’s threats of trade wars, tensions with Russia and instability in the Middle East, he suggests. As a result, 2018, while not a record, will go down in history as “another very nice year” for Ucits funds while AIFs “held up quite nicely”.

“Looking at the real estate funds that we have been involved in, I would say that we can be more than satisfied with the outcome and the positioning of these funds, so I would say they have absolutely delivered to our clients’ expectations and to our own expectations.”

During that time, AIFs have become BNY Mellon’s largest growth area, leading to staffing numbers at the bank’s Luxembourg office increasing to 260 – of whom roughly 80 work on alternatives.

McMahon cites a number of factors, particularly the launch of vehicles such as the RAIF and the special limited partnership (SCSp), both of which, he says, have been “tremendously successful”. Since SCSps were introduced in 2013, their number has grown to around 3,000, while RAIFs total around 400. RAIFs, an unregulated fund created in 2016 in Luxembourg, are particularly popular as they can be launched relatively quickly, he says.

Recognition of the importance of AIFMD and understanding the current phase of the Brexit negotiations have also been factors behind the growth of AIFs in Luxembourg, McMahon says, as asset managers increasingly opt to launch funds in the Grand Duchy as well as in Ireland.

A trend towards higher complexity in alternative funds – such as multi-currency in commitment based funds, catering for liquid and illiquid assets together, ever green funds, multi-strategy and so forth – means greater skill and system-driven solutions are needed.

He points out that a new coalition government in Luxembourg, which entered office following elections last October, has made the growth of alternative funds one of the priorities for the development of its financial sector.

“We have a very developed ecosystem of service providers in Luxembourg – third-party management companies, consultants, law firms – and I think we are well placed and there is a real effort industry-wide to continue to develop the offer for alternative funds. I expect that alternatives will continue to grow, so we need to make sure that we continue to have the right environment to make this growth possible.”

M&G has €38 billion of assets (out of a global AuM of €323.1 billion) domiciled in Luxembourg, of which €9 billion is in real estate funds and around €2 billion is in private debt and credit funds.

The company has largely completed a Brexit-related migration of funds from London to Luxembourg that got underway in April last year. Assets worth €27 billion have been transferred from London to the Grand Duchy – a total of 24 funds so far, with just one more, M&G’s Optimal Income Fund, still to be redomiciled. The move has also seen M&G’s Luxembourg workforce increase from ten to 30 in the past year.

BNP Paribas Asset Management (BNPPAM), which largely specialises in Ucits funds, nonetheless has a number of alternative investment funds in Luxembourg, including a real estate fund. Its Luxembourg-domiciled funds have assets of €80 billion, €77 billion of which is in Ucits funds. The remaining €3 billion is in alternatives.

BNPPAM’s managing director for Luxembourg, Stéphane Brunet, says the firm’s alternative offering has been growing strongly in recent years (up from €2.5 billion in 2016) and he expects the trend to accelerate.

He puts the burgeoning interest in alternatives in Luxembourg down to the RAIF, which he says is attractive to investors because of the shorter time it takes to bring such a fund to market. BNPPAM now has approximately €800 million of assets in its three RAIFs.