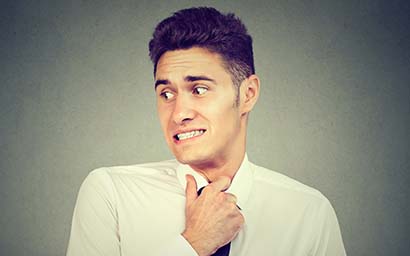 Digital technology finally looks set to transform asset management, including investor services in Luxembourg. But what about ‘disruption’ for those working in the sector? Nick Fitzpatrick reports.

Funds may have arrived in the digital age with the speed of Luxembourg rush-hour traffic (slowly), but the industry has undoubtedly seen a step-change in the past year – and that includes in the Grand Duchy itself.

Today’s keyword in the fintech lexicon is, of course, blockchain. It is unregulated, it started on the dark web and has been associated with money-laundering. Understandably, the funds industry is embracing it…

Those supporting the use of this distributed ledger technology (DLT) within fund transactions have grown in number recently. One of those actors is Fundsquare, a market infrastructure provider owned by the Luxembourg Stock Exchange, which has developed a blockchain-powered fund transaction platform called FundsDLT. After testing it, BNP Paribas Asset Management called it a “unique opportunity” to transform asset management.

Fundsquare isn’t the only blockchain player in Luxembourg. Another project, the Fundchain collaboration, includes accountants PwC Luxembourg and custodian banks RBC Investor & Treasury Services and Brown Brothers Harriman, among others.

The focus of blockchain development is removing frictions from subscriptions and redemptions to make fund distribution better. More specifically, the DLT is connected with the record-keeping of customer details and here, excitingly, is where blockchain offers the prospect of finding a funds industry Holy Grail: a simpler way to manage investment fund registrars based on more efficient fund subscriptions and redemptions, simplified but robust measures against fraud and highly secure customer data.

Greater client information for asset managers should also flow from this finding and would be a particularly important development in Europe, where the widespread use of nominee accounts by distributors means fund managers may not even know their end-customers’ profiles.

“There is a lot of information but, due to the nominee model, there is no visibility for asset managers about their ultimate clients. With blockchain, there would be a more detailed register available,” says Paolo Brignardello, head of product management and marketing at Fundsquare.

This essential data work would most naturally fall to Luxembourg’s major asset servicers – the custodian banks and their depositaries, transfer agents and fund administrators. But ‘disruption’ is another prominent word in the fintech lexicon and disruption could just as likely come from inside the funds industry as from a fintech start-up on the outside.

“[Asset servicers] are endangered not only by start-ups but by the Big Four accountancy firms that are trying to sell services that would normally be in our hands,” says Arnaud Misset, group chief digital officer at Caceis, which has worked on the FundsDLT project.

Asset servicers’ partnerships with, and sometimes stakes in, fintech firms are not only a way to to supercharge tech development, but also to manage the threat of disruption.

But what about the thousands of employees within asset servicing and fund management? How is blockchain, not to mention robotics and artificial intelligence, going to disrupt them and is there anything that can be done about it?

Everyone who contributed a comment to this article said the primary impact on staff would not so much be job losses, but – in the words of Benjamin Collette, a partner at Deloitte Luxembourg – a reduction in “boring jobs” that would free people to carry out other tasks. “It’s about enhancements in job descriptions rather than cutting costs,” he says.

Collette is referring to robotics in particular. Another keyword in the fintech lexicon, robotics – or robotics process automation – is cited in a 2017 Deloitte report, ‘The future of asset servicing’, as one of the three technologies most capable of disruption. The others are blockchain and cognitive technology.

The report added that headcount in the asset servicing industry could look “very different” five years from now. But Collette also anticipates the creation of “satellite” jobs around traditional asset servicers to run blockchain systems.

Greater use of digital technology implies the necessary creation of “control functions”: jobs for humans who are qualified enough to ensure that digital technologies work within regulatory and commercial parameters.

A convergence of skills will take place, he says. This is necessary because currently, recruitment for people with these combinations of skills is difficult, adds Collette. And he has some advice for people in funds looking to survive the impact of digital on their workplace: “The first thing is, do not be afraid.”

Find out internally which software is most important, speak to developers for tips and check Google for training if internal opportunities are not there.

Some firms are aware of the need to foster staff engagement, conscious that the digital challenge is not all down to fintech partnerships.

No backpack required
One area in which State Street staff have been mobilised, says David Suetens, the asset servicer’s country head in Luxembourg, is around the company’s digital transition program, Beacon. The firm relies on staff to anticipate how disruption may hit State Street and improve on services. “This is something that can only be done internally,” he says.

Employees are not expected to have an “incredible backpack of technology”, he adds. The real skill will be in understanding how new tech interfaces with the “conveyor belt”.

Similarly at Caceis, Misset suggests the most important skill for people in asset servicing is not how to programme computers, but how to assess a business case for technology.

“Onboarding every employee is highly important to us,” he says, highlighting a programme for employees that looks at what digital and AI mean for the business.

Social and economic forecasters sometimes give the impression that anyone who cannot code is in danger of seeing their living standards fall dramatically. However, computer coders will only go so far without knowledge of a balance sheet.

More important is positioning oneself for the convergence of technology with business and there are a plethora of podcasts on this topic. The best time to listen to them is in Luxembourg’s rush-hour traffic.