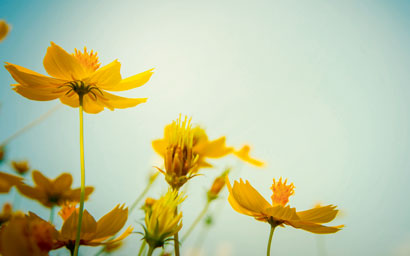 The latest environmental movement in Luxembourg is not the work of anti-capitalists, but fund professionals – and green bonds make up one of their biggest interests. Nick Fitzpatrick reports.

If a company wants to show how much it cares about the world, it could always sign up to the United Nations’ responsible investment charter. But if it fancies moving with the times, green bonds may be a better option.

One estimate, from HSBC and Pimco, puts the total value of green bonds globally at $250 billion (€237 billion). Last year’s issuance, at $90 billion, was double that of the previous year.

The market is expected to swell as governments and companies align their practices with the 2015 Paris climate summit agreement, COP21. Luxembourg’s finance industry is a central player, with a 50% market share in the listed green bonds market, according to the Luxembourg Stock Exchange.

The exchange – as a venue for international capital-raising – is one of the twin boosters propelling the green bond ambitions of the Grand Duchy’s financial sector. The other is the fact that responsible investment is one of the fund industry’s three ‘pillars’ of development.

The unique selling point of green bonds is that proceeds are used to finance environmental projects. The stock exchange already hosts some major issuers – from the sovereign sphere, the Polish government; from the commercial world, the Bank of China – and the exchange seeks to attract billions of euros more.

Robert Scharfe, CEO of the Luxembourg Stock Exchange, adds: “We expected COP21 to change the world – and it has been very different to Kyoto and Copenhagen.”

With trillions of dollars needed for climate change projects, in 2016 the stock exchange launched a dedicated green bonds platform, known as the Luxembourg Green Exchange. Recent figures provided by the exchange showed issuance on the platform stood at around €47 billion.

The main stock exchange, established in 1928, already hosted ‘green’ bond issues, and still does for issuers that do not meet the Green Exchange’s criteria.

The Green Exchange, as well as promoting green bonds, acts to codify their issuance, so when Poland became the first ever sovereign issuer last year, it represented something of a coup. However, the Grand Duchy is not the only venue for green bonds; in January this year, France issued its own instrument on its domestic exchange.

Scharfe believes that the Luxembourg Green Exchange’s standards of transparency will attract more issuers and investors, despite the rigour and cost in meeting those standards – and he still hopes to attract the French.

“The Green Exchange is basically promoting transparency. On Euronext Paris, for example, there is not as much information available about what issuers do with their proceeds,” he says.

“In fact, we encouraged the French government to dual list. They at least haven’t said no!”

ASSET MANAGERS
An obvious question for Luxembourg is whether the bonds will catch on among asset managers. Alex Struc, portfolio manager and co-head of a recently launched environmental, social and governance (ESG) platform at Pimco, has been studying the market. He tells Funds Europe: “Green bonds are just bonds with additional disclosure. They are normally just as liquid as the other debt of the issuer, so the diversification they provide tends to be the same as offered by other debt from the same issuer.”

Given high demand for green bonds, he says, it is possible for them to trade at “modestly lower yields” than a twin non-green instrument; however, those differences tend to be small, he adds, “within transaction cost”, and yields normalise quickly.

Lower yields – if only temporary – and no diversification advantage, if no disadvantage: it doesn’t sound as though Pimco, one of the world’s best-known fixed income managers, will be clamouring for green bonds. Yet the French sovereign bond did cause Struc to write a short paper in which he acknowledged the issuance as an evolution in ESG investing.

Maciej Woznica, head of credit and chief portfolio manager for responsible and ethical high yield bond funds at Denmark’s Sparinvest, has also looked at the market. The firm, which does not currently invest in green bonds, makes no bones about the fact that it will not commit to the asset class without further pricing information. “At the moment, we are struggling to understand whether there’s more demand for green bonds or more supply, because that is what will drive pricing,” says Woznica.

At least he is optimistic that more clarity will come. Earlier in the development of the market, when green bond supply was short, investors were gobbling up anything offered as a green bond”. But more supply now means there will be better information about pricing, he says.

It is supply that the Luxembourg exchange’s CEO, Scharfe, wants to increase. “The yields on green bonds are in principle no different to ordinary bonds,” he says, “although in practice there might appear a difference in yield due to the imbalance of supply and demand.” At present there is no pricing advantage, and, he adds: “Greater disclosure requirements come at a cost and it can be a hurdle for some issuers – but looking ahead, I do not think we will see a separate yield curve for green bonds. In fact, if sustainable behaviour becomes normalised, then conventional investing could be penalised in future.”

STRICTER REPORTING
As Scharfe indicates, in order to issue a bond on the Luxembourg Green Exchange, an issuer will have to accept the additional cost engendered by stricter reporting.

Should they balk at this, there’s nothing to stop issuers going to other venues.

Jane Wilkinson, a responsible investment expert at KPMG Luxembourg, says: “The level of reporting asked by investors to green bond issuers needs to be well balanced so as to make green bonds a preferred option over more conventional bonds.”

Wilkinson says that conversations with KPMG clients, who are issuers, suggested investors were “not always” looking for extensive reporting and were usually interested only in the ratings of the underlying issuers to gauge default risk.

However, Scharfe says: “When we set up the Green Exchange, we identified entry standards and these were embraced by the market. Why would that be, when it meant issuers were looking at higher costs and disclosures? It’s because the main issuers wanted people to see all the work they were doing.”

Along with other criteria, the exchange uses best practices set out by the International Capital Markets Association (ICMA). The ICMA’s guidance had a positive impact for the green bond market, says Annemarie Arens, general manager at Luxflag, which provides labels for responsible investment and social impact funds. “Previous versions of the principles were generic and there was not enough transparency to identify ‘greenwashing’. I think the market is moving in the right direction because there is now more transparency. However, there is a need to show more evidence to investors that an impact is generated,” she says.

GREEN IS HARD
Sceptics are always wary when big business takes environmental action, and ‘greenwashing’ is something the Green Exchange needs to guard against to maintain its credibility.

Being unable or unwilling to fulfil the requirements for access to the Green Exchange has meant that 10% of ‘green’ bonds listed on the primary exchange going back some years have not been transferred to the new exchange.

But it isn’t that these issuers are greenwashing. It can be that green investing is a complicated area, as Scharfe highlights. “Investing to make otorway traffic more fluid would create less carbon – but better roads would attract more traffic,” he says.

And consider China, which runs ‘clean coal’ projects. “Although this is not what we would favour, it is also very clearly for the Chinese a huge leap in progress in moving from dirty fuels to clean, and although moving to coal-free is a long way off, should we really ban all that progress in the meantime?”

Being green isn’t always easy. But as action on climate change intensifies, a time may come when every modern-minded corporation needs a green bond.