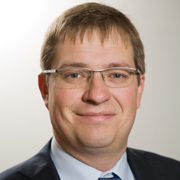 China Asset Management and India’s Kotak are two examples of emerging market investment managers that use Luxembourg and its service providers to help them grow business beyond their national borders. Several Gulf-based managers offer Middle East and North Africa equity product through the country as well.

Just over two years ago, Nordea Investment Funds appointed a Brazilian asset manager to manage its Latin American equities product. The move further illustrated both the growth in the emerging market asset management industries, and the growing importance of Luxembourg to these managers.

The partnership between the investment funds business of Stockholm-based Nordea Group and Sao Paulo-based Itaú Asset Management obviously allows Nordea to deliver expertise in Latin American equities, while Itaú found an avenue through which to grow a European client base using Nordea’s sales force.

The fund that Itaú manages – the Nordea 1 Latin American Equity Fund – is domiciled in Luxembourg, where Nordea Investment Funds is based.

However, as well as investing in the capital markets of the emerging world, Nordea also targets emerging-market customers. This includes Latin America, where the firm is talking to Chilean pension funds and high-net-worth investors.

Christophe Girondel, head of global distribution, says Nordea Investment Funds operates a “spoke-and-hub” model of investment management to gain international reach. The addition of Itaú put another spoke in the wheel, as the Latin American fund had previously been run in-house.

“We want product that adds alpha, but we recognise we can’t add alpha using only internal resources, so we go external in those areas where we can’t,” says Girondel.

Nordea maintains an in-house fund selection team of 15, who are based in both Copenhagen and Stockholm, and are responsible for screening and liaising with external partners.

Despite outsourcing the Latin American fund, there is still a significant focus on emerging markets for the internal fund managers who run a consumer theme.

Chilean pension funds have been notable buyers of emerging market capability. “When they buy Ucits funds, they tend to prefer high-yield, but on the equity side, they have been buying emerging markets. Europe is too big a risk for them.”

As well as Itaú, Jersey-based Ashburton and South Africa’s Stanlib are among other managers also on Nordea’s platform, investing in European equities and African equities respectively.

Despite the global line-up of managers and markets, Girondel points to demand for product much closer to home – again spurred on by feelings about Europe.

“In 2010, a lot of Nordic fixed income was popular because the region is outside of the Eurozone and people wanted to diversify.”

“There has been growing demand for Nordic equities as they have outperformed Eurozone and emerging market equities. Demand came mainly from Germany and Switzerland.”

Girondel says Nordea Invesment Funds is working on institutional and high-net-worth distribution in Poland, and highlights the difficulties of cross-border distribution due to the Polish industry’s preference for funds domiciled locally (see also Executive panel: Luxembourg.