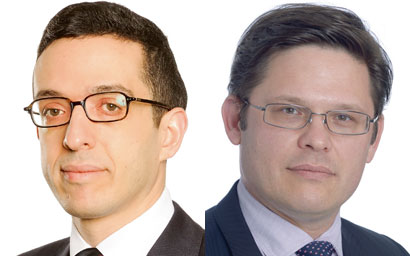 Fund investors and the US Securities and Exchange Commission (SEC) are taking an increasingly tough stance on performance advertising and fee disclosure in 2015.

Over the past year, a number of major private equity managers are said to have returned money to investors following SEC concerns over disclosure and transparency on fees, expenses, conflicts, and the accuracy and calculation of advisory
fee offsets.

This scrutiny has been driven by the SEC’s Office of Compliance Inspections and Examinations ‘presence exams’ – a programme created in 2012 to target the ‘higher-risk’ areas for private funds: marketing; portfolio management; conflicts of interest; safety of client assets; and valuation.

In May 2014, Andrew J Bowden, the SEC official in charge of the new programme, told a private equity compliance meeting the SEC believed that over 50% of the time there were violations of law or material weaknesses surrounding collection of fees and allocation of expenses.

In spite of this, few exams have led to administrative proceedings, settlements or other public acknowledgments of fault, with the findings remaining confidential between the SEC and the manager. Some managers may elect to return amounts to investors and provide a summary of the underlying SEC concerns while, in other cases, the press may be left to guess if payments were driven by SEC actions or vigilant investors.

The SEC is placing a particular emphasis on performance reporting and, in particular, aggressive practices like blending carried interest into advertised fund returns, and promoting a new fund launch using advertised returns for the previous funds based on non-arm’s length, excessively optimistic, internal valuations.

The presence exams are conducted on SEC-registered investment advisers, a group that typically captures larger European managers, in particular those managing $150 million or more in US money. The exam would not therefore encompass mid-sized European “exempt reporting advisers” that make SEC filings, but are not fully registered as investment advisers.

While the SEC may not be about to knock on the doors of most European managers, regulators and investors are taking a tougher stance on issues like disclosure, transparency, advertised performance and forward-looking statements in offering documents. Scrutiny that once stopped as soon as the fund documents were reviewed, negotiated and signed off on is now continuing with regulators and investors drilling down into fund reports and back-office operations.

European managers should keep in mind their overarching duty under the Alternative Investment Fund Managers Directive (AIFMD) to ensure that they “take all reasonable steps to identify conflicts of interest … to identify, prevent, manage and monitor conflicts of interest”.  An AIFMD implementing regulation sets out the monetary and non-monetary fees and expenses that are acceptable, outside of which the manager will be deemed to be in contravention of its AIFMD obligation.

In the new landscape of active investors, SEC exams and the AIFMD, managers should seek advice on striking the right balance between optimising fundraising and commercial outcomes while minimising legal risk and ensuring robust compliance.

Winston Penhall is a partner, and Benjamin Letzler is an associate in Reed Smith’s private funds group