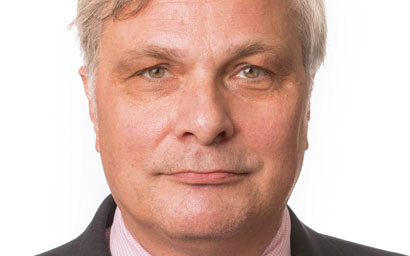 The Markets in Financial Instruments Directive II (MiFID II) has been credited with adding to regulatory burden but it has made progress in an area which was initially seen as controversial: access to EU markets by third-country managers and its harmonisation.

In fact, it may prove a useful development for both non-EU managers and EU investors by helping to create a level playing field and potentially reducing the costs and risks of doing business into Europe.

The level of harmonisation prescribed by MiFID II varies according to the type of client being serviced, but generally aims to reduce and in some cases eliminate the need to deal with different regulatory regimes when operating on a cross-border basis in the EU.

Thus, MiFID II introduces a single regime for third-country firms providing cross-border services to professional clients. Portfolio management and other investment services can be provided from the third-country firm’s home jurisdiction directly to EU professional clients, so long as the third-country jurisdiction meets certain equivalence requirements and the manager registers with the European Securities and Markets Authority. Currently there is considerable variation in approach among EU states and, for more tightly controlled regimes such as Germany, cross-border access should become considerably easier.

This does partly depend on how the EU interprets the ‘equivalence’ requirement. The drafting of MiFID II suggests the approach should be fairly flexible, though recent experience under other regulations is that EU regulators are inclined to apply a line-by-line equivalence test which favours regimes which are closely modelled on the EU at the expense of more independent regimes such as the US.

MiFID II also harmonises at the EU level the reverse solicitation principle that EU clients can obtain investment services from third-country firms at the client’s own exclusive initiative without the third-country firm having to obtain any form of EU authorisation or registration.

MiFID II includes a new authorisation regime for branches of third-country firms, which is optional in that each EU member state can choose whether or not to introduce it. If an EU member state elects to apply the branch regime, third-country firms supplying services to retail clients in that state will be required to establish and obtain authorisation for a local branch.  Although couched in terms of a restriction, this also potentially acts as a new access route to the EU for third-country managers willing to provide services to EU retail clients.  Once the third-country manager has established its branch, it is permitted to provide cross-border investment services across the EU to professional (but not retail) clients without the need to set up any further branches. Under the current MiFID I regime there is no equivalent branch passport for non-EU firms.

From the point of view of EU firms, the use of third-country executing brokers, sub-managers and sub-custodians on a cross-border basis should continue, and in some cases be easier to effect, under the new reverse solicitation and/or registration regimes.

Full harmonisation of access to EU markets is still to come, the effect of MiFID II’s third-country access rules remains subject to further clarification and will vary according to the circumstances of individual players. However, increased harmonisation of access to EU markets is a welcome initiative which, taken overall, should simplify the regulatory burden and go some way to creating a level playing field.