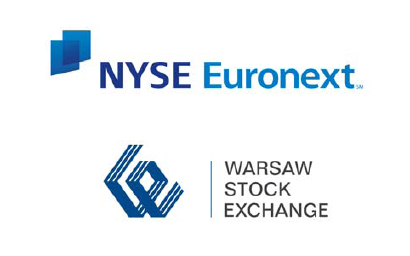 The strategic partnership announced today between the Warsaw Stock Exchange (WSE) and NYSE Euronext, which aims to strengthen Warsaw's position as a regional hub for Central & Eastern Europe, marks the latest stage in capital markets development in the region. "The undertaking we are now starting with NYSE Euronext is, without any doubt, one of the most significant moves aimed at developing the WSE further as an international market place," says Ludwik Sobolewski, CEO of the Warsaw Stock Exchange.

The deal comes at a time when emerging markets generally are being talked up at every turn, as developed markets putter along at best in the post-crisis landscape. In a paper released today, Edmond de Rothschild AM highlights two headline statistics. First, by 2011, the aggregate weight of emerging economies should be 40% of nominal global GDP. Secondly, emerging-market growth rates will be triple the average pace of developed country growth.

It’s a compelling story. But it would be a mistake to think we can rely on emerging markets to pick up the slack for developed world. The fact that “the durable strength of global demand is not yet assured” is one of three reasons why risky assets, including emerging markets fell sharply over the past two months, says Martial Godet, head of emerging markets at BNP Paribas Investment Partners, in his market commentary today, the other two being the eurozone sovereign debt crisis and measures to curb real estate prices in China.

“Despite the rise in household income and retail sales in emerging countries, consumer spending is still insufficient to boost the global economy,” says Godet. “[...] Demand from G3 countries remains the critical prerequisite for global growth.”

The question then is how to play these changes in the balance of global economic power.

“The diversification and broadening of the basis of global growth is a source of strength but, at the country level, growth can create tensions, on costs and prices for example, and can make it difficult to define and implement economic policy,” notes Pierre Ciret, economist at Edmond de Rothschild AM. “Looking beyond the traditional debate between developed and emerging stock markets, it will make less and less sense to restrict investments to a particular stock market.”

The end of country funds? Don’t tell the good people at East Capital, the CEE investment specialist. Having climbed and crashed, their favourite market of Russia – the firm’s Russia fund the best performing fund of the decade with a gain of 1,565% – again looks like a winner, they believe.

“With a P/E of 6.5, the Russian stock market is very attractively valued, especially bearing in mind that a similarly low value existed ten years ago, when Russia’s path was a lot less certain than it is today,” says the Stockholm-based firm’s chairman, Peter Elam Håkansson.