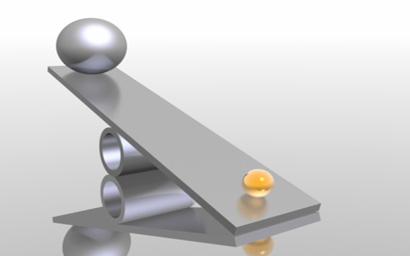 Kleinwort Benson, a private bank, has increased its equity allocation from 33% to around 40% over the past year, the bank's chief investment officer revealed.

Mouhammed Choukeir said UK and European equities were preferable to US equities.

In a comment piece he noted that the US had been more successful at reducing debt than Europe, and he said that the UK was one of the two most indebted nations in the world.

The debt super-cycle is the key issue constraining the investment outlook, said Choukeir, adding that markets were “caught between significant piles of debt and liquidity injections”.

Since 2008, only three countries – South Korea, the US and Australia - have deleveraged, he said. The US has been more successful in reducing debt, mainly among financials, in comparison to its European counterparts.

He added: “Despite the negative news flow we see from countries including Spain and Italy, the two most indebted countries in the world – defined as total debt as a percentage of GDP – are the UK and Japan.”

“The main growth [is] debt coming from the banks and the public sector, despite the coalition government’s claims it is addressing the debt issue,” Choukeir said.

Talking about the bank’s asset allocation, he added: “We prefer UK, Europe and emerging market equities to the US and see corporate bonds as attractive over government bonds.”

Gold was held as a “crisis and quantitative easing hedge” with a long position on the dollar.