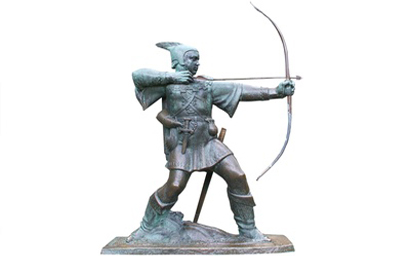 Investors are being charged as much as £3bn a year more in annual fees than they should be, and that's just in the UK, according to a new fund management company called TCF Investments, which last week launched a retail fund range called 'The Total Clarity Funds'.

TCF Investments co-founder, David Norman, believes enough is enough, and it’s time for a Robin Hood style revolution that “tips the balance back in favour of poor investors and away from greedy managers.”

‘Charges have risen relentlessly over the decades when they should have been falling as funds grew in size,’ says Norman., former UK CEO at Credit Suisse. ‘[...] On top of these management fees the costs of trading the stocks and shares within funds can add 1.4% a year or more of performance drag.’

The issue of value for money in the fund management industry has been debated intermittently down the years within the industry. We all know that many actively managed funds don’t produce performance above their benchmark index, but nonetheless levy a higher management fee than index funds – that is to say they charge for failure. However, usually the birch twigs come out after things have gone badly wrong and they are quietly put away again when things start to go right – or seem to.

TCF Investments is different in that it plans to build its whole business around addressing ‘the critical issues of poor value in fund management’. It’s homepage boldly states that ‘TCF Investment is a new kind of asset manager: we genuinely put the customer and their interests at the heart of our business.’

If you feel you’ve heard that before, you might like to take a closer look at what TCF Investments actually does. Basically, it offers a range of four passive funds of funds that invest across the equity, bond and property sectors and have different risk profiles, or different allocations to equities: 20%, 40%, 60% or 80%.

That doesn’t make the funds different. What perhaps does is that they don’t pay commission, and the TER of 0.8% falls as the fund grows. The company’s founders also emphasise that they have most of their own savings in the funds.

It’s hard to start a revolution in the fund management industry, much less a Robin Hood style revolution. But in the festival of overcharging that the financial services industry has so often seemed to become, it is heartening that someone at least considers it worth a try – and has a menu item on their homepage that reads ‘Treating customers fairly’.