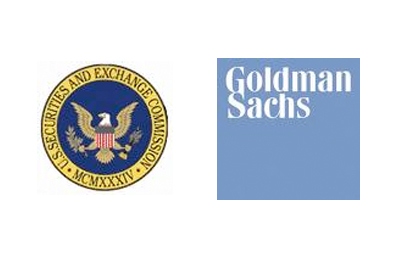 Well, if you stopped a few people on the street and asked them what they thought of fund managers, there’s probably a good chance they’d agree with ‘useless and not credible’. A friend recently forwarded to me a spoof news story about that gentlest of financial services firms, Goldman Sachs, which gives a sense of the mood out there in the world.

“Merchant bank Goldman Sachs has not been using magic beans to generate its multi-billion dollar profits, it was claimed last night,” the story ran. “For years investors believed that fund managers at the Wall Street institution had been climbing a massive plant in the back garden and stealing supernatural geese from a cumbersome giant. But now regulators in New York are investigating claims that the bank is not able to harness the power of magic and has instead been using the traditional investment methods of manipulation and bullsh*t.”

Of course, we know it ain’t so – thanks to the unedifying deluge of internal Goldman Sachs emails released by the firm ahead of a Senate sub-committee hearing tomorrow at which trader Fabrice Tourre and the bank’s CEO, Lloyd Blankfein, will be questioned.

If you want to know what people think about this, you need look no further than the comments board of UK daily newspaper, the Daily Mail. Admittedly the Daily Mail and its comments board users are not noted for their fair-mindedness. Nonetheless, it must surely give pause that one of the milder comments beneath a story headlined ‘As housing crash caused misery for millions, Goldman bosses boasted: we're making serious money’ reads: “Greed to the point of a serious mental illness”.

For the financial services industry as a whole, however, this level of blatant dislike poses some serious questions. Fund management is different from banking, of course, and fund managers didn’t cause the sub-prime crisis. Nonetheless, Fund Forum’s low-key strap line is justified this year.

No one likes us may be too strong for the industry as a whole. Lots of people don’t like us perhaps captures it better. Either way, as the organisers of Fund Forum have recognised, it’s time to start caring.