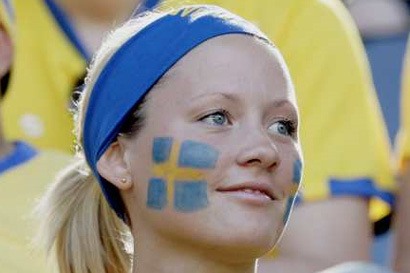 We've all heard it a million times, demographic changes threaten the comfortable retirement we, as a society, have become used to in Europe, but it's questionable whether the message has really got through. It seems it's time it did. A new report released today by Allianz SE shows that an important tipping point has been reached in the EU: in 2010 for the first time ever the number of people approaching or entering retirement has surpassed new entrants to the job market.

There are currently around 28.6 million people aged between 15 and 20 in the EU and 28.8 million aged between 60 and 65 years of age. This means the number of people approaching or entering retirement will be around 200,000 greater than the number of school-leavers this year. And the scales are going to continue to tip in favour of the “oldies”.

“As the baby boomer generation moves into retirement, this gap is set to widen over the next few years, rising to 8.3 million by 2030,” says Professor Michael Heise, chief economist and head of corporate development at Allianz.

Political action is required, according to Heise, if Europe is to remain economically dynamic and not be marginalised by “Chinamerica”. Although the problem of an aging population is by no means confined to the EU – similar trends are predicted for other G-20 countries, notably Russia, Canada, South Korea and China, and the situation is worse in Japan than in Europe – in the US the working population is still rising due to immigration and a pick-up in the birth rate.

An important part of the solution will be to create conditions that allow older people to continue to work, since, as Heise makes clear, any idea that a declining work force will alleviate unemployment is misguided. “Even today unemployment is largely a structural issue, ie the educational and training background of many job-seekers is irreconcilable with the requirements of the labour market,” he says.

Only around one-third of people aged between 60 and 64 are currently in work in the EU, though this figure masks wide regional differences. In Hungary, for example, only 13.3% of the 60-64 age group is in work, while the equivalent figure for Sweden is 63%.

As is so often the case, we all need to be more Swedish – and if Europe can achieve this as part of a wide-ranging reform of pensions, Heise says it can create a blueprint for the rest of the world:

“Many key milestones have already been achieved in pursuit of this objective in recent years, with moves to reduce the number of early retirement incentives being introduced as part of pension system reforms in many EU countries. The task now is to create the right environment within the labour market. If the European Union succeeds in this endeavour, it could serve as a role model in the face of an aging population worldwide.”