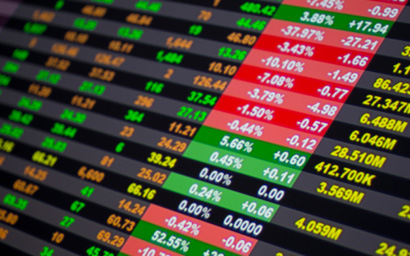 Assets held by European exchange-traded products (ETPs) declined more than 5% during 2011 – the result of negative market returns and a reduction in net inflows.

However, Europe's poor performance did not stop world ETP assets increasing 3% to $1.525 trillion, but this rate was far below the 28% growth seen during 2010. The world ETP market is still dominated by the United States, which accounts for 70% of assets, while Europe has 20%.

The figures are from a year-end report by BlackRock, which runs the iShares exchange-traded fund business, and they also show that Europe lagged other regions in terms of ETP product development. There were 258 ETPs launched in Europe in 2011 and 47 de-listed, implying a growth rate of 13%. Canada had 45% growth in products, Asia-Pacific nearly 40% and the US had 27%.

Across the world, fixed income products were among the most popular categories. They attracted $50 billion in new money, leading to an increase of 24% in assets. Developed equity products attracted more new money, but saw much of the gain wiped out by negative market performance, leaving net growth of 3%.

Emerging market equity products had a bad year with negative market returns and net outflows, leading to a decline of nearly 20% in assets.

BlackRock's survey comes at the end of a difficult year for ETPs in which some critics labelled the products a risk to financial stability. Some companies' practice of using derivatives to replicate indices – to create synthetic as opposed to physically backed products – was criticised for leaving the products vulnerable to counterparty risk.

But a new report by the Edhec-Risk Institute says the distinction between physical and synthetic ETPs is misleading and conveys “a false sense of comparative safety”. Both types of ETP are exposed to counterparty risk, especially as physical ETP providers frequently engage in securities lending, says the report.

The Edhec report adds that counterparty risk should be measured according to the collateralisation and quality of collateral used by ETP providers, not by the type of ETP. Edhec's report also says that the vast majority of European ETPs are managed within the Ucits framework and have the same levels of security and risk as any Ucits fund.

BlackRock’s iShares, which is by far the largest ETP provider with nearly $600 billion of assets as of December 2011, is twice as big as second-placed State Street Global Advisors. However, State Street operates the two largest ETPs by assets under management – two products from its SPDR range which track the S&P 500 and the gold price.