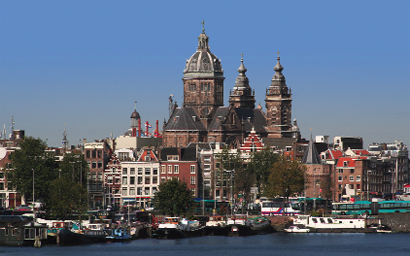 The Dutch central bank and pensions regulator (DNB) will be keeping a closer eye on pension funds, as a survey found that many pension schemes underestimate the risks of their investment policies and don't have a strong enough risk management function.

In its most recent annual report, DNB said that through a study of Dutch pension funds, it found that at several schemes, financial policy, and within it the investment strategy, reflected overly optimistic assumptions regarding, for instance, the returns to be realised or the willingness of the sponsoring employer to make up for any deficits. “This may result in tensions between the funds’ risk profiles and their ability to bear the attendant risks,” the regulator said.

The study also showed that the implementation of investment policies is a source of considerable additional risk.

“A deficient translation of investment policy into the actual investment portfolio has sometimes generated substantial losses,” the regulator said. Within the pension industry, considerable changes are also necessary in the area of risk management. DNB said that the risk management functions are not always firmly anchored within organisations, and their independence, capacity and substance were found to be lacking.

In addition, several pension funds were found to have outsourced their investment process in such a way that the fund boards have insufficient insight into it.
“Agreements with pension administration organisations or asset managers appear to be insufficient to allow adequate control and governance to be exercised by pension fund boards,” the regulator said.

In light of the revelations from the study, DNB said it had reason to be in permanent contact with the pension funds involved, drawing up agreements on how they can address these shortcomings. A number of funds had to prepare and implement a plan of action to ensure ongoing improved control of their operations, including the risks associated with investments and outsourcing. DNB is actively involved in the level of detail and progress of the strategies proposed.

The regulator concluded: “The seriousness and scope of the findings of DNB’s broadly based investment study emphasise the need for industry-wide improvements. In consultation with the industry, DNB is exploring opportunities to achieve such improvements, for example, by defining good practices based on practical experiences.”