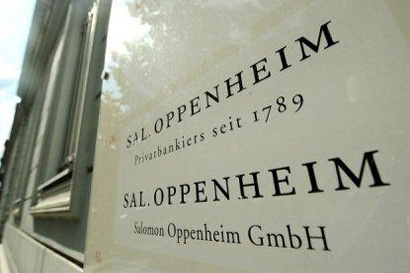 "There is nothing wrong with change if it is in the right direction," Winston Churchill, once said. For the German private bank Sal. Oppenheim, however, change seems to have been going in rather the wrong direction lately, as it awaits the finalisation of its acquisition by Deutsche Bank.

Having flogged its capital markets and research business to Australia’s Macquarie Bank last month and been forced to announce the discontinuation of its investment banking activities last week at the cost of 200 jobs, the once-proud company this morning confronts the news that BNY Mellon is to acquire the asset servicing division of its subsidiary, BHF-Bank. The acquisition, priced at €253m (US$343m), includes BHF Asset Servicing’s wholly owned fund administration affiliate, Frankfurter Service Kapitalanlage-Gesellschaft mbH.

“This transaction expands our capabilities and market share in one of the world’s largest fund markets, positioning BNY Mellon at the forefront among securities servicing providers in Germany and creating a strong platform for growth across our businesses,” says Tim Keaney, chairman of Europe at BNY Mellon and co-CEO of BNY Mellon Asset Servicing.

For both Sal. Oppenheim and BHF-Bank, which Sal. Oppenheim acquired from ING in 2004, it represents part of a scrappy and inglorious end to corporate histories dating back to the 1850s. Once Deutsche Bank has concluded its acquisition of Sal. Oppenheim, it is expected to dispose of BHF-Bank, though analysts don’t expect it to fetch anything like the €600m Sal. Oppenheim paid for it.

But this corporate tinkering is small beer compared to the level of global economic change heralded by this morning’s announcement from Thomson Reuters that Eric Frank, president of its investment & advisory division, has relocated from New York to Hong Kong. It is the first time that a Thomson Reuters division head will be based in Asia and the significance of the move can hardly be overestimated.

“Asia Pacific is a key strategic region for Thomson Reuters,” explains Devin Wenig, CEO of Thomson Reuters Markets. “Eric’s decision to move to Asia Pacific, the first head of one of our Markets divisions to do so, supports our ambitions to seize the immense growth opportunities in the region.”