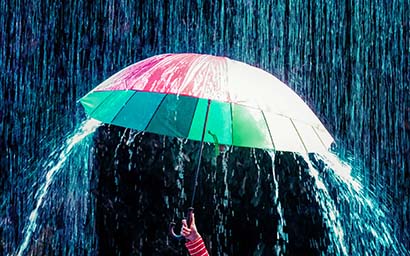 Data to help finance greener investing is difficult to come by. The EU’s Corporate Sustainability Regulation Directive (CSRD) should help investors in the current bid to transition to a more sustainable economy.

“At the moment there is a lack of detail and inconsistent data being reported by companies, which leads to a lot of estimates being made by third-party ESG-data providers and asset managers,” says Hortense Bioy, global director of sustainability research at Morningstar. “The CSRD will make it easier for investors to analyse, compare and contrast what companies are doing and the impact they’re having.”

The European Commission proposed the CSRD on April 21, 2021, a move that furthered the implementation of the EU’s Green Deal and the Sustainable Finance Action Plan, and so it is hoped that in two to three years’ time, standardised and more reliable information about the impact of corporate activity on the environment and society will be at the fingertips of investors.

Not that implementation is smooth, though. Roeland Tso, investment strategist at Triodos Investment Management, an impact investor with €6.4 billion of assets under management, says: “In our view one of the flaws of the Sustainable Finance Action Plan is the timing. Asset managers and financial institutions are required to report at an earlier stage than the actual underlying investee companies.

“They are required to update prospectuses and provide Taxonomy-related data by July 1, 2023, while corporates [under CSRD regulation] will be required to report at a later stage.”

He adds that to tackle this issue, asset managers – at least in the first couple of years – will be reliant on third-party data vendors that use proxies or estimates while “we await better disclosure and reporting from companies”.

Easier life for asset managers
Claudius Baumann, a manager with a background in sustainability services at KPMG, says the CSRD could make life easier for asset managers. Simultaneously, it could bolster EU objectives to deepen sustainable finance and to achieve political goals such as the EU Green Deal. The Green Deal aims to shift the 27-country bloc from a high-carbon economy to a low one without reducing economic growth, while also improving people’s quality of life through cleaner air and water, and better health. According to Baumann, the success of a green transition depends on having consistent and comparable information available on the current sustainability performance of companies.

“The CSRD will, on the one hand, provide clear standards … and on the other hand, expand the scope of companies significantly,” he notes.

The standards referred to are the European Sustainability Reporting Standards, which concern how to report on ESG topics. These were drafted by the European Financial Reporting Advisory Group (EFRAG).

EFRAG recently launched a consultation on the draft proposals for CSRD’s architecture, principles and implementation. It also covered options for phasing-in the reporting standards, and the adequacy of each disclosure requirement.

The directive will replace the Non-Financial Reporting Directive, which made its debut in 2014 but covered only 11,000 of the region’s largest listed companies. It was not only too narrow, but disclosure of information was patchy as there was no provision regarding disclosures.

“Currently, companies can pick and choose what they disclose, but the CSRD is prescriptive and makes it clear how and what should be reported,” says Bioy at Morningstar. “There is also a concept of proportionality to size and resources. Small companies won’t be required to disclose as much data as large companies. However, there is a minimum baseline of reporting, and the greater disclosure required in areas such as supply chains should have a positive ripple effect beyond Europe.”

The CSRD’s broader remit covers around 50,000 companies, or 75% of EU turnover, according to Dr Anthony Kirby, EY’s wealth and asset management consulting regulatory intelligence lead. This translates into all large public-interest companies and the ones listed on.

EU-regulated markets that meet two of the three following criteria: 250 or more employees, €40 million in net turnover, and €20 million in assets.

Listed small to medium-sized enterprises are also in the catchment area, although the reporting requirements will not be as onerous, and they will have an extra year for implementation.

Their non-listed cohorts will be exempt, but the Commission has proposed a set of voluntary standards that they can adhere to which will help them to transition to a greener economy.

International companies will also not be subject to the rules, except if they have a subsidiary in the bloc. In other words, a US or Asian-based company with dozens of subsidiaries has to abide by the CSRD if one of those subsidiaries is in the EU.

CSRD timeline
The CSRD is now at the trialogue stage whereby the European Commission, Parliament and Council hammer out a final blueprint.

“The ongoing trialogue in Brussels is expected to be finalised latest by the middle of the year,” says Baumann. “As the directive is to be transposed into national legislation by member states, a first-time adoption can be expected not before the business year 2024.”

As with the earlier Non-Financial Reporting Directive, there is a concept of ‘double materiality’ which means that companies not only have to disclose the environmental, social or governance factors that can significantly affect their value and the opportunities they face, but also the impact they have on the environment, people and the economy.

“Companies will now need to report about both ‘outside-in’ and ‘inside-out’ impact on society and the environment,” says Tso at Triodos. “It is expected that more transparency and better data quality related to sustainability reporting will lead to a better understanding of the impact of companies both from a risk and a positive impact perspective.”

Aside from double materiality, companies will be obliged to describe their business model and strategy, including how the business is aligned with the Paris Agreement of capping global warming at 1.5ºC with different stakeholder views taken into account. In addition, sustainability targets and progress toward those goals are expected to be published, alongside the impact that sustainability issues could have on a company’s value and supply chains.

Intangibles, such as human and intellectual capital, are also on the list. Overall, the information will have to cover short, medium and long-term time horizons, be both forward-looking and backward-looking and feature both qualitative and quantitative information, according to the directive.

Regulators are not leaving anything to chance and are requiring the information be subjected to “limited third-party assurance”, or an external auditor to verify and evaluate the data.

The CSRD is not only about the gathering of more data, but also about how it is constructed and distributed. Management reports will need to be published in a certain format and the information is to be digitally tagged, which will then be included in the European Single Access Point (ESAP) initiative, an impending EU project to create a European ESG database with open access. Not surprisingly, against this backdrop, companies, even those who reported under the Non-Financial Disclosure Rules, will have their work cut out for them.

“The result is that we will go from a desert of data to a deluge,” says Kirby at EY. “There will be much more detail required, including specific standards for at least 14 sector groups and 40 sectors. Companies will need to ensure that the management team has the right skillsets to measure and report as well as the systems and processes in place. The jury is out on whether it also needs to be driven from the chief operating officer, the CFO or from risk management and compliance.”

If corporates do not comply properly, could they be dropped from the investment portfolios of asset managers? “At the end of the day, companies will have to make a huge number of modifications on the extra-financial reporting they produce today,” says Laurence Caron-Habib, head of public affairs at BNP Paribas Asset Management. “When data can’t be disclosed on a voluntary basis, companies will have to find the right balance between the cost and compliance but at the same time, the opportunity to be included in in the investment universe. If they do not provide the data, they will be excluded.”

Achin Bhati, head of research at Acuity Knowledge Partners, a research house, agrees. “There will be a high cost for companies to comply with the CSRD. However, there is a silver lining in that they will be more resilient over the long term. Those that do not comply will be seen as less attractive from an investment perspective.”