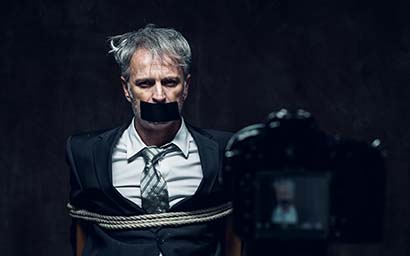 Cyber crime against the financial sector has soared since the onset of Covid-19 as remote working became the norm. Attacks increased by 238% from the beginning of February to the end of April 2020, according to data from tech firm VMware.

An attack targeting the Norwegian Investment Fund for Developing Countries (Norfund) in 2020 saw hackers divert $10 million destined for Cambodia to an account of the same name in Mexico. The fraudsters had spent months inside the fund’s networks after an “advanced data breach”, allowing them to monitor emails and patiently gather information. The theft took place in March but wasn’t noticed till April.

IT security firm Sophos estimates that the average cost of recovery from a ransomware attack stands at $1.85 million, or nearly twice what it was a year ago.

The frequency and severity of these kinds of attacks on critical infrastructure appear to be increasing, says the World Economic Forum. In June, the Swiss-based organisation, founded by Klaus Schwab, held its third annual 'Cyber Polygon' - a combined conference and cybersecurity 'training exercise'.

Not surprisingly, investment in cybersecurity is increasingly attractive. Data from Preqin shows that between 2016 and 2020, venture capital deals with US-based cyber-security companies rose by an average of $1.9 billion a year. By May, nearly $6 billion worth of deals had taken place in 2021.