CAMRADATA’s Multi-Sector Fixed Income report for Q1 2019, which charts the performance of investments and asset managers across the msfi universe, showed a sharp improvement in performance for managers of these funds.

Fixed income markets received a boost during Q1 as the US Federal Reserve moved to a softer monetary position. Investors were encouraged by a “doubly dovish” statement from the US central bank after its January meeting, when it hinted that further rate rises are unlikely during 2019 and that it would postpone plans to unwind its longstanding asset purchase programme.

Multi-sector fixed income (MSFI) absolute return funds attempt to achieve a balance of yield and credit risk by investing in a blend of fixed income instruments (which may include sovereign, municipal and corporate debt from developed and emerging markets). By applying a variety of strategies, which may include short positions, these funds aim to deliver a positive return in all market conditions.

After a difficult Q4, MSFI absolute return funds delivered a sharp improvement in performance in Q1 2019, with over 93% of products achieving a breakeven or positive return (compared to just 30% in Q4 2018) in the CAMRADATA MSFI universe. 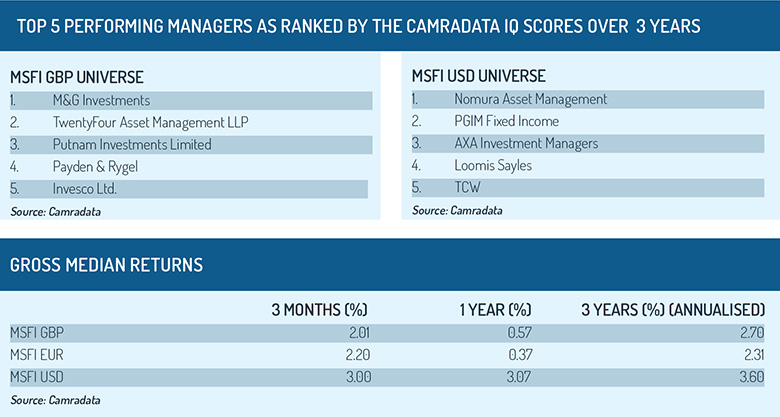 This positive performance over the first quarter of 2019 meant that over 12 months rolling, the universe has achieved a positive median return. However, despite this uptick in performance, investor money continued to flow out of funds in the CAMRADATA MSFI universe, which collectively experienced £6.03 billion in net redemptions (following outflows of £4.2bn during Q4), This marks the third consecutive quarter that asset flows have been negative in this universe. These flows resulted in a decline of just over £3.9bn in assets under management in the CAMRADATA MSFI universe, marking the second successive quarter that assets under management in the universe have declined after five successive quarters of growth prior to this.

Despite deteriorating sentiment, possibly fuelled by fears about a deteriorating economic outlook, a number of managers managed to attract inflows from investors. They were led by Loomis Sayles, which saw inflows into this asset class of £225 million, followed by NN Investment Partners N.V, Manulife Investment Management (Europe) Limited and Wellington Management International Limited. 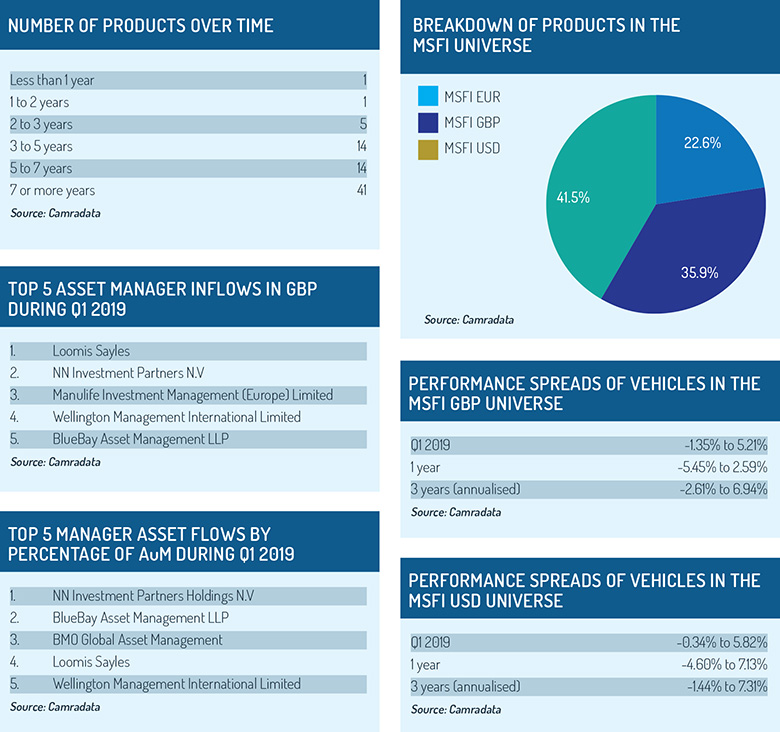 To read more of our MSFI investment research report or to read our investment reports into other asset classes, including Emerging Markets Equity and Diversified Growth Funds, visit CAMRADATA Live at www.camradata.com.