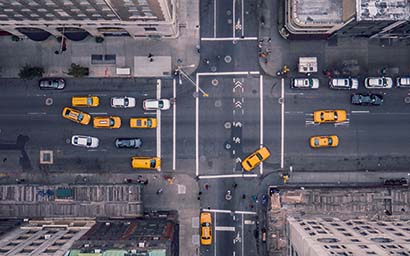 SGG Group, a fund administration firm, hosted a seminar in partnership with Funds Europe to brief American asset managers and advisers on the business and regulatory outlook for the EU.

When Camille Clemons, Head of Business Development at SGG Group, welcomed about 60 attendees to the Harmonie Club in New York City in late April, there was more harmony in the room than there is in the EU at the moment. It was partly because of the UK’s impending departure from the bloc that SGG decided to stage the event and give US asset managers more insight into the regulatory and business landscape of the EU.

Brexit was, of course, discussed and whilst we may not know exactly what impact Brexit will have on fund distribution or the delegation of asset management activities, the timing of the implementation should allow sufficient time to take contingency actions when the material facts are known.

Alexandrine Armstrong-Cerfontaine, Partner at law firm Goodwin Procter, offered a drink-related analogy for fund raising in Europe. If the fund is completely outside of the EU, then using the national private placement regimes of each target EU member state or relying on reverse solicitation for distribution would mean each country’s own rules must be complied with in certain wine-producing countries – specifically France, Italy, Spain and Germany. Some have onerous requirements, and in others it is practically impossible to market there.

Therefore managers should look at establishing a parallel fund or main fund in the EU to raise capital in Europe that complies with the Alternative Investment Fund Managers Directive.

Beer-producing countries – the UK, Belgium and the Nordics - tend to be a little bit more flexible when it comes to distribution and marketing, she said. Think about alcohol and “pick your jurisdiction very carefully”.

Justin Partington, Group Fund Solutions Leader at SGG Group, said it was important to look at the Brexit timeline. The transitional period will last until December 31, 2020. This extends the Brexit timeframe, so the effect is likely to be one of “fading out rather than a cliff edge”.

“The mega players have all got offices in Luxembourg, Dublin and elsewhere, so accessing the EU is not an issue, but for small managers, it is more of an issue,” he said.

The panel also discussed the main growth areas in the European funds industry. These include environmental, social and governance investing, but also illiquid (or alternative) asset classes, emerging markets and income products.

Interest in ESG was said to have been shown by a wide range of investors.

“A significant portion of the interest we see from European investors is on the impact front and around the UN Sustainable Development Goals,” said Paul Winters, General Counsel at Denham Capital, an energy and resource-focused GP.

Partington said: “About 48% of the community believe that ESG can be a profitable strategy, up from 20%-25% five years ago. Impact investing seems to strike the right balance in terms of how we make commercial return but in a responsible way.”

Meanwhile, although the illiquids area spans real estate, private equity, and infrastructure, the key area for investment is private debt, according to the panellists.
Both specialist and traditional investment managers are active in the illiquids area, though the panellists expected the sector to remain the domain of specialists, due to these players’ strong skillset.

The question of fund structures – that is, regulated or non-regulated – then came into play. The answer depends on the investor: while non-regulated structures continued to dominate for European institutional investors, regulated was a general preference, the AIFMD regime being the main choice.

The panellists were generally agnostic about jurisdiction, though a recent Funds Europe survey found Luxembourg was seen as the top jurisdiction for AIFMD funds raising money in Europe. However, the belief is both fund structure and jurisdiction would really depend upon the views of potential investors.

For Luxembourg, the panel said that the Reserve Alternative Investment Fund, known as the RAIF, was a strong offering receiving interest, though Partington added that third-party management companies (‘ManCos’), provided a faster way to market. ManCos provided by specialist outsourcers such as SGG offer fund managers a regulatory infrastructure that might otherwise be too expensive to build.

The panellists gave the audience some practical examples for US companies but, as with all advice, the real solutions were dependent upon a particular firm’s unique requirements.