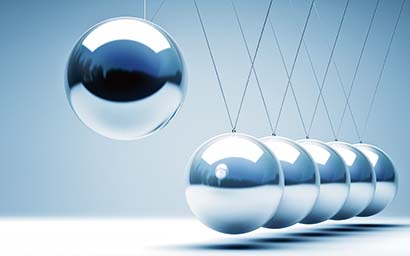 TCW senior bond manager Laird Landmann tells Nick Fitzpatrick about trading at the time of Lehman Brothers’ collapse and – now that the Fed is raising rates – envisages a period of difficult price discovery in fixed income.

This is an insight into the investing life of Laird Landmann, a senior fixed income manager from TCW – the US firm whose Metwest Total Return Bond Fund briefly became the largest fixed income mutual fund in the world after an upset knocked Pimco’s equivalent product off the perch.

Landmann is in London, bearing up in our office where the air conditioning is on the blink, and he is recalling bond market turmoil in the aftermath of the Lehman Brothers collapse, when TCW put a high yield fund on to a defensive footing. The reason for the following anecdote is to explain a market where “contrarian” and “inter-temporal” investing is important – the key, in fact, to investing in bonds where prices move in opposite directions to yields.

“After Lehman, the market is in freefall,” he says. “You have to get behind the traders and say, get in there. But they don’t want to. Everything’s falling and there’s no context to the market.

There’s one more aspect to being a contrarian – and that’s taking clients on the rapids with you. “No one thanked us in 08, but by mid-2009, people were very happy,” says Landmann, who is also TCW group managing director and co-director of fixed income.

TCW is based in Los Angeles but Landmann is in London during a mini-heatwave to meet clients. TCW, which distributes funds under TCW and – as a result of a 2009 acquisition – Metwest brands, has $202 billion (€173 billion) of assets under management globally. This morning he’s found time to view medieval armour, which he collects.

Here we go again
There’s one more reason for Landmann’s anecdote about price discovery in the Lehman crash. As Federal Reserve interest rates move upwards and bond total returns fall, he expects that lower demand from retail investors will increase volatility. This will present another challenge for bond pricing, he says.

The Fed, which increased rates twice last year, has returned real rates of interest to 1% from zero or lower. With the ten-year Treasury bill rate at 3% and higher this year, Landmann has extended bond duration of the Metwest Unconstrained Bond Fund portfolio, one of the funds he leads.

Broadly, investors have been keeping durations low for some time to protect themselves against rising rates, so TCW’s fixed income team are taking more rate risk.

Since its 2011 launch, the US version of the fund (a Ucits one is available) has returned 5.81% annualised for its institutional share class. This compares to 0.59% for the reference Libor-linked benchmark. Rate moves in the first quarter this year meant the fund saw some underperformance.

“As much as we try to keep our correlation to ten-year Treasuries close to zero, rates rose pretty dramatically in the first quarter. We probably behaved like we had a one-year duration, which is pretty low but still knocked 20-30 basis points off return. But we embraced that. We took duration up a bit as prices went lower and yields got higher, and used that as an opportunity to buy on the cheap.”

The “first quarter’s losses will be the rest of the year’s gains”, Landmann says.

Landmann believes strongly that bond investment in the current era must be guided by what central banks repeatedly say they are doing.

“News is about high-frequency data. What the Fed’s said today doesn’t matter. What the Fed has been saying consistently - you follow that.”

Having created so much leverage in the US economy due to historically low interest rates, the Fed cannot rapidly hike. However, the gradual lifting – which the Fed has signalled many times – must happen, says Landmann, else the Fed has “capitulated to a Japanese-style economy, with low rates forever, and low growth”.

As rates rise, he is watching out for bad debtors. Borrowing one of Warren Buffett’s famous maxims, he says the reversing tide of liquidity means “it will become clear who isn’t wearing a bathing suit”.

In 2008, the breeze was felt most keenly by mortgage-backed securities (MBS), which were highly leveraged. Asked where he thinks the pain will be felt this time, Landmann says: “If we think the epicentre of deleveraging is likely to be where the most debt was issued, then we are light on investment grade corporate bonds versus the benchmark and we are light on high yield versus our normal positioning [and light on] loans and emerging markets.”

His view about non-agency MBS – mortgage bonds that do not have a government guarantee – could not be more different. These will not become the toxic assets they were in 2008 and Landmann is enthusiastic for the asset class’s total returns.

Over the decade, bad mortgages have fallen out of MBS mortgage pools, leaving non-agency MBS investors holding debt paid by individuals who not only were capable of weathering the post-2008 turmoil, but who are now older, better paid, and thanks to higher credit ratings and lower modified rates, are likely to pay off their mortgages early, or “pre-pay”.

Landmann illustrates why 44% of the TCW Unconstrained fund is in mortgage-backed assets.

Non-agency MBS prices – once down in the 30s and 40s – are now climbing towards par value with the momentum of pre-payments behind them, he says.

“We are buying discount bonds trading at 85 to 90 and which have underlying mortgages whose rates were brought down in the crisis to help homeowners. Now that rates have been brought back up again, homeowners are going to pre-pay. If they do, then each pre-payment on a bond bought at 85 nets us 15 points for our clients.”

It’s a “very nice place to be” and outside of the leveraging trend seen in the rest of the US economy, he says.

TCW says it has invested millions of dollars in proprietary technology to analyse mortgage pools. The result is oversight of approximately $500 billion in underlying loans (95% of the market), including details about credit scores and mortgage modifications.

“You need to be able to quickly look into a mortgage pool and get the history of it, hundreds of observations in terms of the variables, correlate that with Equifax and come up with a credit model for each individual mortgage in the pool and a pre-payment model for it. It’s a very complicated asset class.”

‘Mean-reverting politics’
MBS were, of course, among the range of toxic assets that holders could not sell as the global financial crisis occurred and partly what spurred the extraordinary monetary policy moves.

Landmann has been following Fed policy all along to “align investor interests with the interests of policy-makers who control the strings”.

But as well as steering the US away from the Japanese experience, he feels there is another reason why the central bank must now raise rates: inequality resulting from quantitative easing and wider structural factors such as technology. It’s an issue he thinks has been overlooked.

He adds: “They’ve kind of gotten it wrong at a very fundamental level. As you drive up asset prices, you make the rich richer. You push down the growth of wages, impoverish people who don’t have assets, and not only do you impoverish them today, you impoverish their relative prospects for the future.”

Raising interest rates shows how policymakers are starting to mean-revert economies, Landmann suggests, and the topic of inequality will see a similar process at the political level, too.

When inequality is more widely appreciated, he says, “mean-reverting politics” will emerge as even the most “gung-ho of Republicans will realise this is not what we want.”