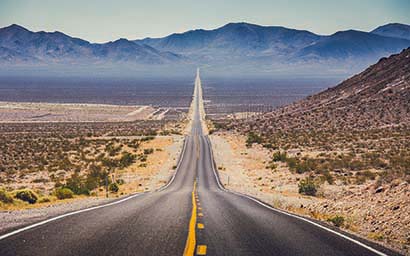 Effective distribution has always been the Holy Grail of pan-European fund sales. With the passage of time, it was meant to get easier – but somehow it hasn’t. Phenomena such as the second Markets in Financial Instruments Directive (MiFID II), digitalisation and Brexit have contrived to ensure that distributing funds across Europe remains darn hard. So, what is an investment manager with pan-European ambitions to do?

First, they must have excellent performance and pay attention to fees. This is partly because regulations such as MiFID II are shining a brighter light on fees and value for money, but that is not the whole picture. Also prompted by MiFID II and other regulations, the banks that control distribution in many European countries are becoming much more selective.

“Banks are whittling down their lists to maybe half a dozen asset managers,” says Denise Voss, chairman of the Association of the Luxembourg Fund Industry (Alfi).

Not all banks are going as low as that, of course, but the data do show that the all-important banking channel typically works with fewer providers than other channels. According to data from fund analysis firm Mackay Williams and based on interviews with 937 third-party fund selectors in 2017, the average third-party buy list for banks is just 21 providers, compared with 38 providers across all pan-European distribution channels.

In mainland Europe, many banks have their own fund range, putting further pressure on third-party distribution, according to Mark McFee, publications editor at Mackay Williams. As fees are squeezed, banks prefer not to concede a portion of the fee to a third party if they don’t have to.

“Over the last five years, we’ve seen the share of proprietary funds edging up a little,” says McFee. “Banks do seem to be pushing in-house products again.”

It’s a far cry from the days of open architecture. This narrowing of choice that is already in evidence may prove to be an early unintended consequence of MiFID II, and some believe the trend favours larger asset managers that can offer a full suite of products. Certainly, many larger asset managers are preparing to take advantage of the changed situation.

“Today, we position our products for fund buyers and fund sellers, whereby the first category is very similar to how we have positioned funds in the past in third-party distribution,” says Christian Pellis, global head of distribution at Amundi. “For fund sellers, the method is very similar to what we do with our networks.” Pellis believes that banks now prefer to work both with fewer asset management companies and with fewer funds in their offering.

Big is best?
Amundi is one of Europe’s largest asset managers and as such it has a wide range of products necessary for today’s market, plus additional services and tools. However, it isn’t just a case of big is best when it comes to third-party distribution. One factor that skews the picture is the rise in passively managed assets in Europe (see graph). These are overwhelmingly controlled by large asset managers, and the trend is upwards. But data from Mackay Williams show that the share of actively managed assets controlled by the top 10 groups in

Europe has fallen over the past 15 years or so from 30% in 2001 to 25% currently, showing that mid-sized managers are capturing a bigger share of assets.

At the same time, Mackay Williams’ annual brand study, ‘Fund Brand 50’, this year confounded the oft-repeated conventional wisdom that the middle is being squeezed in asset management.

“Quite a few mid-sized managers did well,” says McFee, who notes that the popularity of multi-asset funds across Europe has left opportunities for third-party managers even as banks have retrenched into their own fund ranges.

Those small and mid-sized fund managers now also have new options for getting their message in front of the distributors they want to target. Alfi’s Voss notes that distribution is all about having the right contacts, and that is exactly what LGBR Capital, an independent distribution company based in London, aims to offer its clients.

LGBR Capital basically provides its clients with an outsourced sales team that does everything an in-house sales team would do, from phone calls to road shows to one-on-one meetings. In the complex UK market where it currently does most of its business, this allows firms to gain a foothold without the huge expenditure associated with setting up a sales team. This perhaps makes particularly good sense in the current market, which, according to Luke Reeves, partner and founder at the firm, is “around targetting switching assets rather than raising new money”.

The obvious problem is that the sales team is not exclusively yours, but LGBR Capital has mechanisms to deal with this. For example, it never speaks to the same client about more than one product. For Reeves, the company’s relationships with the fund managers whose products it sells are partnerships. LGBR Capital’s fortunes depend on being able to raise substantial assets for clients, and so it spends as much time selecting the funds and managers it works with as investment management companies do selecting a distributor.

“We take a lot of time onboarding products,” says Reeves. “We look at products and identify their unique selling points (USP). We probably only take on about 15% of managers that come to us.”

In some ways, this is back to the future, as many asset managers already see their relationships with their distributors as partnerships – with those asset managers that make the best partners being the most likely to succeed.

“We need to think here not only about extended service on marketing or client service but also of digital, training on product and markets or, for example, regulatory changes, joint product development and so on,” says Amundi’s Pellis. “So product, price and performance is a given. The difference will be made in service and tools.”

‘A compelling story’
Reeves’ drive to identify a USP when selecting funds to work with chimes with a finding in Mackay Williams’ ‘Fund Brand 50’ this year. The study showed that a distinctive offer is much more important for brand awareness – and the distribution results that come from that – than other factors such as size.

“The ability to tell a compelling story has become a key differentiator, but it’s not just a matter of dispensing a good investment story,” says Diana Mackay, joint CEO of Mackay Williams. “Those groups that made the most brand progress used their stories to reveal a purpose or conviction beyond the simple delivery of performance.”

This trend is only likely to intensify as the milliennial generation of investors comes through. All the research shows that these new investors demand a purpose beyond profit, both from investments and from the companies whose funds they choose.

The triumph of brands such as Pictet, Carmignac and local specialists such as Lannebo Fonder in the ‘Fund Brand 50’ results is a nod to another trend: a much clearer split between active and passive than in the past and a much clearer understanding of the role of each.

“Benchmark-hugging is over,” says Amundi’s Pellis, who believes the shift towards passive in Europe puts positive pressure on active managers. “We clearly need to distinguish between passive and true active fund management to show the added value as an active asset manager.” 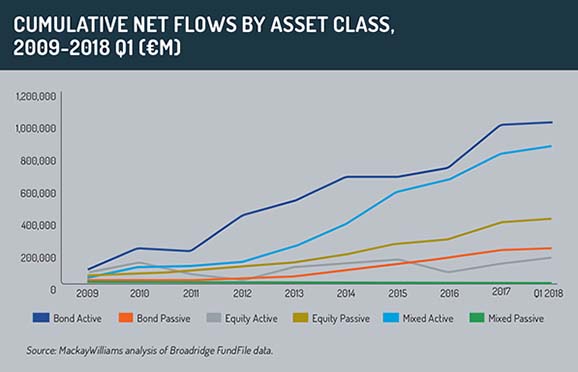 This will become all the more important as MiFID II bites. The UK experience with the Retail Distribution Review (RDR) suggests that MiFID II could lead to the so-called advice gap that has afflicted the UK market spreading to mainland Europe. If independent financial advisers morph into wealth mangers, as they have tended to do in the UK, mass market investors will be targeted with funds of funds and other wrapped products, many of which use passive building blocks. As digital channels open up, active managers may struggle to prove their worth to the wider market.

“Robo-advisers are big users of exchange-traded funds,” says Voss. “Asset managers will have to figure out how they can explain the cost of active management and what it brings.”

In fact, the whole business of digital distribution opens up new challenges for asset managers. One is how to engage directly with investors, something most have not traditionally had to do. Voss suggests they should view this an opportunity to provide financial and investment education. “In general, asset managers either get that now or will get it,” she says. “How else will they relate to the younger generation?”

In the new post-MiFID II world, simply running good products with good performance and reasonable fees is not enough. The onus is on asset managers to explain why their products are useful.

“Buying financial products for retail investors is not easy and we need to make their life easier, so that they understand what we are offering them and what it means for them in the medium to long term,” says Pellis.