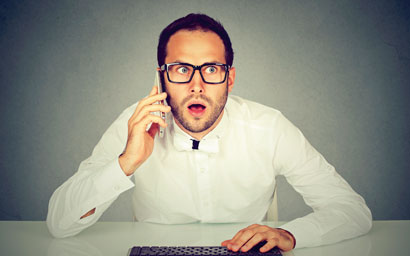 MiFID II’s unbundling rules on broker research payments could result in an acid test for fund board directors by the end of this year, says Nick Fitzpatrick.

Over the next few months, many asset managers will have to ask their clients for permission to continue using client money to pay brokers for securities research.

MiFID II, which goes live on January 3, 2018, gives firms a choice: to seek client permission to continue using their money, or to pay for securities research out of their own pockets.

Evidence suggests a number of large fund firms have still not decided whether to charge clients or pay the costs themselves.

For collective investment funds, Brussels makes it clear that if asset managers want to charge clients, they must gain permission from the ‘governing body’ of the fund – the fund board. It could present an acid test of whether the boards really do act in the best interests of investors.

The proportion of independent directors on fund boards is growing, but boards are still overwhelmingly weighted towards representatives from the fund management companies that run the funds. This leads to a potential conflict of interest, as employer-appointed directors would effectively be voting for a pay cut if they agreed to end payments for research using client money. Independent directors could find themselves in the minority and face a test of mettle if they resisted.

William J Yonge, funds partner at law firm Morgan, Lewis & Bockius UK, says independent directors would have to exercise their discretion in the best interests of the fund.

“There would be a brake, therefore, on the perhaps unconscious temptations of any persons on the board placed there by the fund manager to represent the interests of the fund manager. That would be my view,” he adds.

The Investment Association industry body in the UK says: “In the situation that the client of the investment manager is a fund, [the Ucits Directive and the Alternative Investment Fund Managers Directive] ensure that the interests of fund investors are safeguarded.”

There is a lot of safeguarding to do. Broker research in the UK alone has cost clients £1.5 billion (€1.7 billion) a year, according to regulator the Financial Conduct Authority (FCA).

Figures from Investit, an asset management consultancy, show that for every £100 million of active equity a pension scheme or fund has, it is probably paying between £30,000 and £60,000 a year in commission, used by asset managers to buy securities research.

Conversation
The subject could get more complicated should institutional investors weigh in on whether mutual funds should pay research costs. There is already evidence that institutions will kick back on broker research fees for their segregated mandates. CalSTRS, the large California pension scheme, told Funds Europe: “We have had conversations with our managers about this topic. It is unlikely we would agree to pay for our managers’ securities research separately because we view it as part of what we hire the manager to do for us.

“In general, we are supportive of separating out the cost of research as it provides greater cost transparency for investors.”

CalSTRS was speaking with regard to segregated mandates and does not invest in collective investment funds. But what of institutions that do?

Richard Phillipson, principal at Investit, says some institutional investors could move to shield their investments in mutual funds from research fees with the same force as for their segregated mandates.

“We suspect that some institutional clients will be wise to this and be insisting that the funds they use should not pay for research, in the same way that their segregated mandates will not be paying for research, if that’s what they have decided,” he says. 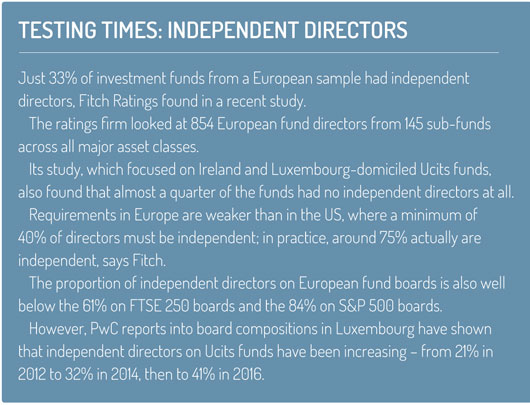 And he warns this could lead asset managers into further problems for fair treatment of customers should the result of institutional pressure be that mutual fund share classes are treated differently.

“It might leave the retail and wholesale classes paying for research from their funds, but not the Z classes and institutional classes.

This would lead asset managers into a difficult place given Treating Clients Fairly rules.”

Florence Stainier, a partner at Arendt & Medernach in Luxembourg, says it would be unjustifiable to have a different approach to broker payments between retail and institutional share classes.

“I can understand that investment managers might wish to charge some big clients differently to small clients as there may always be some objective reasons why, but not at a share class level. [Share classes] should have the same investment policy and benefit equally from the level of research.”.

Deal flow
Asset managers have traditionally paid for securities research from ‘deal flow’. When the fund manager trades, their client pays for that service with commission. Fund managers have been rewarded for those trades with research.

For some years, regulators have been moving to curtail this practice. They see it as an inducement and argue that investors may not get the best possible execution. The FCA has required fund managers and brokers to distinguish between spending on execution and on research. The expectation is that, eventually, the practice will end and firms will have to pay for research like any other cost of doing business.

MiFID II will be the regulators’ toughest effort yet to wean asset management off the practice by putting firms in the uncomfortable position of asking clients for permission to continue using their money for it. Firms also have to demonstrate to clients the value of the research if they continue to charge funds.

Some asset managers have trumpeted the fact they will pay for research out of their own pockets. An example is First State Stewart Asia, which in April said that rather than charge clients, it would start paying for broker research itself.

Phillipson at Investit says some firms simply feel beholden to pay for research, whereas some decide to pay because the regulatory complications aren’t worth it.

“Firms have taken into account a few factors when they decide to pay for research from P&L,” he says.

“Some of them just say it’s the right thing to do. Others have looked at the cost of fund manager time in satisfying MiFID requirements to explain what they bought, what they paid, and the evidence it did any good, and decided they had better things to do with their time.

“Some have looked at the cost of systems needed and guessed that the industry will have moved to pay-it-yourself before the system paid for itself.”

The list of firms paying their own way seems to be growing longer. Along with First State Stewart Asia, other firms that have elevated themselves to poster-boy status by ending research commissions are Baillie Gifford, Jupiter Asset Management, M&G Investments and Woodford Investment Management.

A number of large asset management firms contacted by Funds Europe said they were still reviewing their stance. With MiFID II – the revised Markets in Financial Instruments Directive – now half a year away, for some experts think this is leaving it too late.

Clare Vincent-Silk, head of advisory at Pentagon Consulting, says: “What I would suggest is that anyone who has yet to make a decision is more than likely to pay for research themselves. They have left it so late to make a decision that they probably won’t have time to put in place a solution.”

Managers not paying for research out of their own pockets will have to reach agreement with clients to have costs paid through research payment accounts (RPAs). RPAs are new in MiFID II. The RPA can be filled by taking money directly from clients’ portfolios, or funded by taking money at the point when trades are done, essentially carrying on as now.

Client agreement needed
One commentator says brokers are working with fund managers to enable this, suggesting they believe that more will be spent with them on research if it comes from funds rather than from fund managers.

Some firms have said they will continue to use client money and pay for research with RPAs in place. In the face of competition from firms that will pay out of their corporate pockets, they will have to show value for clients who agree to this procedure. MiFID II’s RPAs are meant to bring that extra transparency.

Kames Capital, part of Aegon Asset Management, uses client money for research. A spokesman says Kames welcomes the additional transparency and adds: “We believe the use of independent, external research complements our internal research activities and is an important source of potential return for our clients.

“We already have a well-established approach for procuring such research in a cost-efficient manner; to date, the costs of such services have been met through the relevant client funds and the benefits have arisen within those same funds.”

Asset manager Schroders says it has used commission-sharing agreements “where possible” since 2006 to unbundle research costs from execution commissions and address potential conflicts of interest.

She adds that Schroders’ spending on external research had “reduced substantially over the last five years” and the firm continues to reduce external research commission budgets and invest in its own capabilities.

“For firms that have already got their research budgets under control, it was a sensible thing to do.

“Firms are now thinking about research spend as a proportion of revenues. A lot of people believe they are in the last few years of this privilege of using client money for research,” he says.