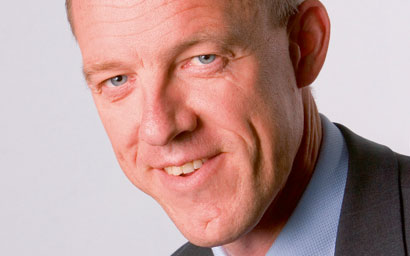 At Kempen Capital Management, they believe portfolio managers should invest in their own funds. David Stevenson talks to Lars Dijkstra, CIO of the €42 billion manager.

“The whole game needs to be changed,” declares Lars Dijkstra, chief investment officer of Kempen Capital Management. Dijkstra is also chairman of the 300 Club, an organisation set up to try and improve the investment industry. He says a major problem, as far as the asset management industry’s image is concerned, stems from captive asset managers of insurance companies and banks. As asset management is not their core business, they might not always have clients’ best interests at heart.

Kempen has grown enormously since it was bought out from Belgian bank Dexia in 2004. Then, it had assets under management of €4 billion; today, the figure is about €42 billion.

The core of the firm’s strategy is to “play in those less efficient parts of the market”, says Dijkstra. Kempen’s offerings include European small-cap equities, real estate investment trusts, European credit, global high dividend equities and funds of hedge funds. It is in these niche parts of the market that Dijkstra believes his firm can add real value.

Dijkstra claims the alignment of interests between clients and Kempen is the starting point of the firm’s strategy – in fact, all of the firm’s portfolio managers must invest in their own funds as a matter of principle. Kempen carried out research into the US mutual fund industry and found evidence that when portfolio managers have ‘skin in the game’, returns tended to be better. Dijkstra also feels that long-term investing, picking stocks using fundamental bottom-up analysis with funds having a high proportion of active share, are the keys to netting better returns.

When asked about the ongoing active-versus-passive debate, Dijkstra says that, on average, active managers will underperform the benchmark after fees, but points to the composition of the European market as to why this is so.

“In Europe, there are way too many mutual funds. We have 40,000 in Europe and only 4,000 in the US,” he says. He adds that the average size of a fund in Europe is $200 million, whereas in the US the equivalent figure is $1.2 billion. And he says it is a major problem that around 50% of European mutual funds have assets of less than $50 million – a state of affairs that arises from the dominance of banks.

“All those banks have their own investment products which are sub-scale, which after fees will never make their clients any money,” he claims.

According to Dijkstra, Kempen focuses on capacity to ensure funds retain liquidity. The firm recently soft closed its European credit strategy and that, with its roots in small-cap investments, knows all too well the dangers of illiquidity.

CATCHING THE EYE
Tommy Bryson, an Edinburgh-based investment manager for Kempen, explains the firm’s process for investing in the European small-cap universe, which numbers around 5,700 stocks.

The firm first applies a liquidity filter to the stocks, which reduces the number available to around 1,100. With the aim of targeting high-quality firms only, the strategy selects those in the top quartile of companies offering returns on employed capital and for free cash flow.

“For small-caps, the sell-side analysis coverage is very patchy,” says Bryson. But he says this allows the small-caps team the opportunity to pick winners that may have been overlooked. Asked for an example, he points to Kardex Systems, a company that makes warehouse storage more efficient. It is a recent investment for the firm and one that looks set to deliver returns to clients.

“We find niche winners – it’s not a big market [warehouse storage solutions], but a growth market,” he says.

The firm also has a ‘special situations’ class of stock, meaning those that don’t meet screening criteria but are nonetheless considered interesting, perhaps due to involvement in a transformation programme that makes the company more valuable.

Kempen has 3.5% of its European small-caps fund invested in Italian brakes manufacturer Brembo. It caught the eye because it was evolving from a very specialist, high-end client base to a broader market, increasing its value significantly.

The firm started to employ environmental, social, governance (ESG) screening in 2002, quite early on in the ESG curve, as it is now de rigueur for investment firms to talk about ESG investments. Unlike other ESG screening processes employed by asset management firms, at least according to Kempen, the firm does it owns process in-house, which basically means sending forms to companies asking them about compliance. It does use a third-party firm called Actium monitor for conflicts of interest.

Kempen’s policy is to stay invested in companies that have fulfilled at least one ESG requirement and give them two years to comply further. If a firm complies with two ESG criteria, it is eligible for three years.

IF YOU BUILD IT, THEY WILL COME
Kempen’s home market is the Netherlands, though with its recent acquisition of UK-based fiduciary management firm MN, it is keen to make the UK its “second home market”, says Dijkstra.

At the beginning of the year, the firm hired Johan Cras to head up its UK fiduciary operations. Cras was formerly chief executive for Europe, the Middle East and Africa for Russell Investments and his arrival is a clear signal of intent regarding Kempen’s ambitions.

Dijkstra says that in the Netherlands, major banks such as ABN Amro and Rabobank have the firm’s products on their shelves and in their portfolios. The goal is to do the same with international banks, and Kempen is apparently already in talks with major institutions.

Dijkstra says the firm is seeking to become a force in Europe. With clients in markets such as the UK, Italy, France and Scandinavia, this could be a distinct possibility.

“Every client we win, we need to win them on the quality of our product and the service we deliver,” he says. “It’s not simply about distribution pipelines.”