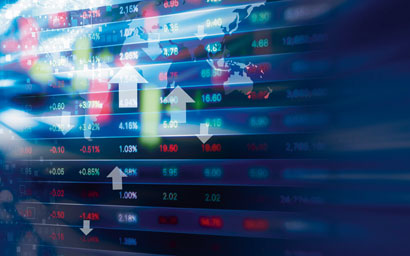 The more than 60 fixed income electronic trading platforms that have sprung up in the past two years are changing the landscape. Nicholas Pratt looks at how asset managers, such as Axa Investment Managers, are adapting.

No longer do bond managers have to depend on primary dealers for liquidity or broker-dealers for execution, they can provide their own liquidity and trade among themselves.

Pressures on banks that stem from regulations like Basel III have seen primary dealers withdraw from the market and reduce inventories. But this has led to a shortage of liquidity in some fixed income markets, notably corporate bonds.

In a recent survey of US and European institutional corporate bond investors, conducted by Greenwich Associates, 75% confirmed a decline in principal dealer-sourced liquidity over the past year and 55% expected it to continue for the next 12 months. Furthermore, 61% believed this lack of liquidity posed a portfolio risk.

At the same time, investment in fixed income mutual funds and exchange-traded  funds has doubled to $3.5 trillion (€3.1 trillion). All this means that asset managers, as the primary holders of capital, are expected to play more of a market-making role.

Consequently, about 60 electronic trading platforms have emerged to take this lucrative opportunity. Banks and brokers run some of them; others are run by venture capital-funded independent ventures.

Not all have survived. One of the early casualties was Bondcube, a London-based platform 30% owned by Deutsche Börse that took anonymous indications of interest from both buy and sell-side firms. It was launched in April 2015 and filed for bankruptcy just three months later in July.

RELUCTANT CHANGE
Asset managers’ reluctance to adapt their trading behaviour was a reason for the failure. According to Paul Reynolds, Bondcube’s former chief executive, the problem was not a lack of liquidity but a scarcity of trades. More than 500 matches were made in those three months but hardly any were converted into actual trades. Ergo, asset managers would prefer to take a price from a competing dealer than agree one anonymously between themselves.

Crossing networks, which provide that peer-to-peer privacy, are not new to asset managers, certainly in equities where Liquidnet has built up a successful model specifically designed to enable asset managers to execute block orders.

Liquidnet has itself turned its attention to the bond market and as it launched a ‘dark pool’ in October 2015.

While asset managers will have to evolve into price makers rather than just price-takers, fixed income is a much more opaque market than equities, making it difficult to put a price on instruments, says Mark Pumfrey, regional head at Liquidnet, which provides reference pricing through its system so that managers can, in combination with their own information, agree a price.

The key to success for platforms will be the match rates, says Pumfrey. In Europe, matching rates in equities are around 20%, but to get to 5% in fixed income would be considered real progress, says Pumfrey. “I don’t think we will ever solve the liquidity issue but what we are trying to do is make a difficult situation less difficult.”

There is an assumption among some market participants that electronic trading equates to high-frequency trading, says Paul Squires, head of trading and securities financing at Axa Investment Managers, even though some of the new platforms are run by traditional market makers.

“We are at an early stage in the new paradigm of fixed income markets and we will have to get through the whole ‘flash boys’ phase of indiscriminate paranoia about electronic market-making that we saw in equities and reach a point where we can tell the good guys from the bad guys.”

Similarly, electronic trading doesn’t necessarily replicate all the execution possibilities for managers and will not replace everything they do in other channels, such as processes for executing sensitive trades, voice trading, crossing networks and the protocol for quote requests. For asset managers, it will be all about the interaction.

CONNECTIVITY COSTS
Lee Sanders, head of fixed income and foreign exchange dealing, also at Axa IMs, says: “We do not think a single platform will win out… It is a change to market structure, but you have to take the cost of connectivity into account because connecting to every platform will take too much time and money.”

As part of its own investment in trading systems in recent times, Axa IM has focused on building an execution management system (EMS) with pricing and transaction cost analysis (TCA) capabilities, and on working with liquidity providers in a project to build an aggregated liquidity field.

“We are cherry-picking the best prices,” says Yann Couellan, head of fixed income execution at the firm. “Through the EMS, we have developed the ability to take in any prices and to click to trade as well as push our resting orders out to the market. It is possible to do that through MarketAxess and other services, but to do that internally is a big change and one that will be done in stages.”

PRESSURE TO SPEND
Not every asset manager has invested in this type of technology but with new requirements around best execution, pre-trade risk controls and counterparty risk management, those buy-side firms that have been dependant on the sell-side will have to spend money on technology.

There are some initiatives that have been designed to help by providing trading data via standard protocols. For example, 42 large banks and asset managers (including Axa IM) launched Project Neptune in October 2014 with the intention of creating an open standard for buy- and sell-side participants to exchange real-time inventory.

Another new venture is Algomi, set up by former UBS bankers in 2012, which runs a platform called Honeycomb that receives streamed prices through a standard protocol. However, despite having more than 140 buy-side firms committed before the end of 2015, it has cut its workforce by 10% and posted a $9 million loss in 2015, underlining the difficulty that new ventures face in capitalising from the changes to the fixed income market.

MarketAxess, a well-established platform formed in the first wave of creation for bond trading platforms back in 2000, allows participants to trade on a disclosed request-for-quote (RFQ) basis.

It launched its Open Trading initiative in late 2015 as a response to buy-side clients wishing to explore alternative sources of liquidity. There are a number of protocols available to users – an anonymous RFQ protocol where traditional liquidity providers are involved on a named basis but non-traditional participants are anonymous, with MarketAxess sitting between any trade; or there is an axe-driven protocol where both sides can post bids and offers. MarketAxess is also developing a “matching-style” network.

One problem that has dogged other platforms is converting all the indications of interest and RFQs or prospective matches into actual trades. Gareth Coltman, head of European product management, says that while there are a growing number of progressive asset managers happy to provide liquidity, there are more passive participants that are not yet comfortable with acting as liquidity providers, either because they don’t have the expertise or have not invested in the technology.

For asset managers surveying the raft of platforms, Coltman says it is important for them to assess which initiatives hold genuine liquidity and have real trades taking place. It is also important that the platform’s implementation can be managed.

“You can create all kinds of new protocols, but they have to fit with the clients’ current workflow. There is a cost to integrating all of these systems, even if they are free to use, and it takes time to teach traders and portfolio managers how to use the new platform.”

Coltman does not feel asset managers should have to go to the lengths of some of the larger players by building a new EMS that can take in an aggregated and executable liquidity feed from all these platforms. “I hear of firms doing this, but I think it is based on the fear that there will be a huge number of new platforms that will fragment the market. I don’t think that will happen,” he says.

“If in a year’s time, there are just a handful of platforms, then that investment in aggregation technology and a new EMS may not have been worth it, particularly at a time when asset managers are under pressure in terms of efficiency and cost-cutting.”