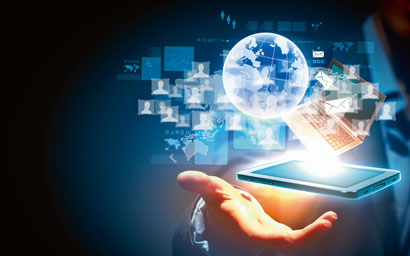 Redundancies at some of fund management’s biggest firms come at a time of general industry health, so what factors are behind them? Kit Klarenberg finds technology and expired business strategies are part of the cause.

If asset management professionals have felt insecure about their jobs since October last year, they can be forgiven. Between then and now, several firms – including titans such as Aberdeen Asset Management, Aviva Investors, BlackRock, Nomura and State Street – have all announced job cuts.

While corporate change is a recurrent feature of the first and last quarters of any year, a number of unique, common facets make these losses striking and suggest something other than a cyclical tendency.

For one, the scale of the cuts involved has been noteworthy. Nomura and State Street are on course to lose around 600 staff each; BlackRock intends to shed about 400 and the losses represent the most swingeing redundancy drive in the firm’s history, amounting to 3% of its global workforce. Moreover, it’s not the usual casualties facing the axe, such as entry-level or back-office staff – job losses include fund managers, department heads and managing directors. Divisions are being sidelined, if not closed outright.

The stated rationale for the cuts is almost always the same, too. Aviva will “sharpen its focus”, concentrating on “key areas” such as multi-asset propositions moving forward. BlackRock aims to “streamline” its business, dedicating itself to operations with the best growth opportunities. Nomura will allocate freed-up resources to “areas of expertise” and its most profitable offerings.

If the global economy was in serious turmoil, or BlackRock et al were all haemorrhaging assets, such economising would be explicable. But markets aren’t approaching crisis territory at present, and most of the firms involved started 2016 with more capital than they held a year previously. Evidently, something deeper is afoot.

BACK TO THE FUTURE
The years immediately following the financial crisis were a bountiful period for asset managers. Non-existent interest rates and tighter banking regulations kept savings stagnant, and traditional sources of income paid out virtually nothing. Institutions and consumers alike looked to funds to grow their savings and provide a stable yield, and asset managers were only too happy to oblige.

As public and private demand for their services increased, firms’ offerings also swelled, as they scrabbled for market share. Many positioned themselves as one-stop shops, catering to every conceivable investor need.  To achieve this, in some cases managers beefed up peripheral propositions significantly; in others, they stepped into hitherto uncharted territory.

These moves frequently required the costly acquisition of new people, processes and infrastructure, but such expenditure was pragmatic at the time and a worthwhile return was quickly secured. Europe’s funds bounced back rapidly from their 2008/09 nadir, with assets returning to pre-crisis levels by 2010. They have only kept climbing, resulting in a record-sized industry that manages around €90 trillion globally according to some estimates.

All good things must come to an end though, and while a repeat of the financial crisis likely isn’t in the offing, markets are volatile and uncertain, and expected to stay that way for years. In a recent report, PwC forecast industry asset growth would falter over the next decade – inching forward at best and halting at worst. Now that stratospheric expansion is off the table, the time has come to contract – or perhaps sharpen up.

“Asset managers overextended themselves after the crisis, creating a market in which almost every firm tries to do too much,” says an investment consultant, who asked to remain anonymous.

“The one-stop shop model never really worked – for most, it was just an expensive way of temporarily attracting some assets. It’s created a market in which a load of names are all offering the same thing, and all chasing a finite amount of assets.”

In essence, in seeking to become Jacks of all trades, asset managers have flirted dangerously with becoming masters of none. While few if any have been so unwise as to allow new lines of business to supplant or diminish their core specialisms, the market has undoubtedly become overcrowded in some areas. This tendency to overload service offerings is imprudent for a number of reasons.

“In recent years, we’ve seen the rise of selective investors, in the same way discerning consumers have grown comfortable with using a number of supermarkets for their weekly shop, rather than relying on a single megastore,” says Ian Smith, a partner in KPMG’s strategy group.

“It’s never been easier to compare services, and investors will on the whole gravitate to the firm, or firms, that offer the best deal on a specific investment need. That could mean the provider with the lowest fees, the most consistent record of outperformance, or most stable dividends. Investors won’t stick with a single provider for all their investment needs out of loyalty or ease any more.”

Smith highlights another issue produced by overcrowding. As pricing is increasingly a selling point and source of differentiation in a saturated marketplace, fees have become a battleground.

The downward pressure on fees is further exacerbated by regulatory thrust for greater transparency, and the rise of low-cost passive investment vehicles. As a result, asset managers risk severely damaging their bottom line, or even adopting a de facto loss-leading strategy, all for the sake of having a stake in a potentially gratuitous market.

“Our message to clients is simple. In the current climate, it’s far more trouble and cost than it’s worth to be a generalist, so stick with what you’re good at, and start scaling back on non-essential parts of your business,” the off-the-record consultant adds.

“There seems to be growing awareness of this in the industry, so we expect to see a serious pullback across the board moving forward – it’ll probably happen incrementally, but it’ll happen.”

In short, prepare to follow the lead of BlackRock and Aviva, if you haven’t already. But where to start? “It’s easy to tell if you should downsize or dump a division – look at how many others do what you do, how many of them do it better, and by how much.

“For instance, if your multi-asset range consistently underperforms two other firms, you should consider seriously scaling it back. If three or more have long outgunned you, cutting your losses seems sensible indeed.”

KEEPING UP WITH THE MARKETS
Amputating entire divisions is easier said than done, of course. Further complicating the picture is the need to stay abreast of technological developments and adapt to changing conditions and demands. The array of disruptions on the industry horizon is extensive – some have already arrived, others are looming.

“Demographic trends are amplifying the need for effective investment management, and radically altering the character of client bases, existing and potential. Fund houses are also subject to ever-increasing demands for higher compliance and regulatory standards.”

However, the state of the industry’s job markets suggests asset managers may already be on top of things – or are at least starting to take the necessary steps.

Mark Barnett, head of operations recruitment at recruiter Bruin Financial, notes there’s an ever-greater number of oversight and compliance vacancies on its books. Likewise, there’s been sizeable growth in relationship management roles, both on the business development and client services side.

The growth in volume of such positions could reflect the increasing role of artificial intelligence in asset management (see ‘I, Fund Manager’, Funds Europe, February 2016). As machines can increasingly carry out stock analysis and reporting duties, professionals are freed up to consult more directly with clients at length – a significant benefit at a time when retail and institutional investors alike demand asset managers be more accessible.

Meanwhile, efforts to optimise core operations are ongoing. Barnett says roles for third-party administrators are increasing as more and more outsourcing takes place. Firms are evidently aware of the need to focus on what they do best, without distraction.

Those wishing to break into the industry, or insiders concerned about job security, may draw some comfort from Barnett’s observation that the volume of advertised vacancies is, by and large, the same as in previous years.

Firms themselves may equally be heartened by asset management’s popularity with jobseekers – Barnett’s colleague Rosalie Wallis, director of asset management recruitment, notes a substantial increase in the number of people looking for opportunities in the sector in the past two years. There are plainly many young, tech-savvy individuals keen to break into the industry. Firms can harness their fresh expertise and insight – after all, what better way is there to understand and connect with a younger generation than by hiring some of its constituents?

In sum, while the funds industry may have a lot on its plate at present, if anyone’s up to the challenge, asset managers are. To the victors, the spoils.