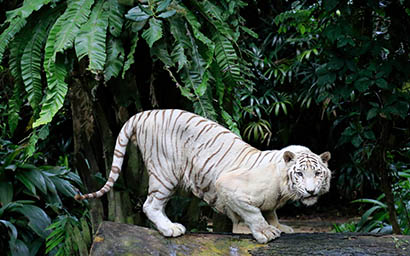 Fund managers in France will need to get to grips with biodiversity and broader, more stringent ESG reporting, finds Lynn Strongin Dodds. They might even need to amend contracts with third parties.

French lawmakers are forging ahead with environmental legislation that has implications for funds distributed in the country.

Asset managers, funds and mandates with more than €500 million in assets under management will have to divulge how they identify, prioritise and manage climate and biodiversity risks, starting this year for the 2021 financial year.

The requirement is in Article 29, a new set of binding and more stringent targets that require investors to disclose their sustainability credentials in greater detail.

Investors will be obliged to set greenhouse gas emission goals every five years to 2050, as well as expand their disclosures to include – among other indicators – the share of outstanding financing aligned with the ‘green’ taxonomy, a classification system that determines which investments are in line with EU ‘green’ ambitions. The aim is to gain an additional level of transparency for financial market participants by recognising and outlining several specific environmental objectives.

Article 29 is also in sync with the EU Sustainable Finance Disclosure Regulation (SFDR), part of the package of EU regulations that includes the taxonomy and the Corporate Sustainability Reporting Directive (CSRD). French investors will have to adopt the concept of “double materiality”, which in this case requires them to disclose not only how their financial activities depend on climate and biodiversity, but also how they impact these two issues.

And there’s more. The updated law recommended that increased disclosure requirements from the industry-led Task Force on Climate-related Financial Disclosures (TCFD), be compulsory. Although the French government had supported the principles behind the TCFD proposals since they were issued in 2017, it previously stopped short of incorporating them into the domestic framework.

Article 29 laws were the result of a consultation undertaken about the effectiveness of the prior Article 173. Launched in 2016, Article 173 was lauded as one of the most progressive pieces of legislation in its field, as it was the first time a country had imposed climate change and more general ESG reporting requirements on institutional investors.

Explaining non-compliance
However, a closer look by market participants exposes its shortcomings, critics argue, especially the “comply or explain” proposition, which did not have the bite many had hoped for.

A study undertaken in 2021 by Novethic, a subsidiary of the state-owned Caisse des Dépôts investment group, showed there was still a lot of work to be done. Among the 100 largest institutional investors assessed, it found some had made progress, while others remained stagnant. It noted that reporting standardisation through the convergence of methodological processes did not take place.

Novethic was not alone in its concerns. In its ‘Fiduciary Duty in the 21st Century’ report, the UN-backed Principles for Responsible Investment (PRI), said that Article 173 “has not yet achieved its original intent”. PRI noted that although the comply-or-explain nature of the rules meant that investors needed to provide an explanation if they did not adhere to the requirements, this was not the case. In fact, the PRI said, “there was no guidance or agreement about the expectation of what would be a satisfactory explanation for non-compliance”.

Policymakers were also pushing for reform. The Bank of France, like many of its contemporaries, is a proponent of compulsory rather than voluntary reporting. It believes that it is more effective in dealing with the risk of assets that could prove to be of low value due to their climate exposure. “Disclosure will help markets to appropriately price climate-related risks and ensure efficient allocation of capital,” Bank of France governor François Villeroy de Galhau told an online central banking conference in June. “That is why disclosure should become mandatory, at least as a first step for financial institutions, as it is already in France, and for large corporates.”

Expanding view of climate risk
One of the biggest differences with Article 29 compared to its predecessor is the focus on biodiversity. It is a wider reflection of how regulators overall are expanding their view of climate risk. For example, the recent World Economic Forum (WEF) and Network for Greening the Financial System (NGFS) papers on nature risk, along with the rise of initiatives such as the Taskforce for Nature-related Financial Disclosures (TNFD), demonstrate the momentum and awareness building around biodiversity.

Providing the detailed information, though, will not be easy. Under this new law, fund managers will need to produce alignment and associated methodological details of long-term objectives related to biodiversity, according to Sandra Crowl, stewardship director at fund manager Carmignac in Paris.

She notes that firms will have to specify the scope of the value chain involved and include targets for 2030 – and every five years thereafter on a number of factors. These include the publication of a strategy for a connection to international biodiversity conservation goals and a qualitative description of how investors are meeting the objectives of the Convention on Biological Diversity – an international legal agreement between 196 nations. The aim is to ensure the conservation of biological diversity and the sustainable use of its components, as well as a “fair and equitable sharing of the benefits arising out of the utilisation of genetic resources”.

Moreover, Crowl says fund managers will have to analyse the contribution of their investments to reducing biodiversity impacts as outlined by the Intergovernmental Platform on Biodiversity and Ecosystem Services.

“For example, how the search for a small biodiversity footprint helps to reduce the main pressures on biodiversity by favouring the most respectful companies,” she says. “They will also have to strengthen disclosure on the integration of ESG risks into risk management, with a focus on climate change and biodiversity erosion risks.”

Although disparate and fragmented, asset managers are able to tap into an array of information and benchmarking services for climate and environmental reporting in general. But this is not the case with biodiversity. A dearth of impact metrics makes it harder to identify, measure and disclose their own biodiversity risks.

As Anne-Catherine Husson-Traore, CEO of Novethic, said in a research report, the exercise is all the more difficult as companies currently provide very little data to calculate biodiversity impacts. Just as Article 173 created a reporting obligation on climate risks, investors will have to comply with new biodiversity requirements. Investors must begin to measure their alignment with the objectives of the Biodiversity Convention and analyse the contribution of their portfolios to reducing the main pressures and impacts on biodiversity. This should translate into a new indicator: the “biodiversity footprint” of portfolios.

The industry is working on solutions. For example, biodiversity footprint tools that generate a Mean Species Abundance score are evolving as an important method to gauge biodiversity impacts and risks. These include the Global Biodiversity Score developed for financial sector usage by CDC Biodiversité, a research subsidiary of Caisse des Dépôts, France’s public sector investment body.

“A real opportunity”
As for climate reporting itself, investors have to be clear and set quantitative targets by 2030 that include direct and indirect greenhouse gas emissions (absolute value or intensity relative to a scenario/base year), which must be relatively measured. “They will need to express it by a measure such as ‘my portfolio contributes to a T° increase of around 0.5°C’, or a volume of greenhouse gas emissions,” says Crowl. “Coal and non-conventional fossil fuel exit strategies also need to be put in place.”

One hurdle with all this is to manage these national laws in conjunction with regional legislation coming through the pipeline.

“Asset managers making investment decisions need to juggle with the challenges of this climate law and compliance with SFDR,” says Jean-Pierre Gomez, head of regulatory and public affairs at Societe Generale Securities Services. “Time to market is critical. This is a real opportunity for ‘green’ portfolio managers if they can combine both investment choice in terms of ESG factors and efficient production of reporting under SFDR or the future CSRD. “

He adds: “We recognise that investors growing sensibility for climate matters will encourage asset managers to set a climate investment strategy as soon as possible. Concretely, managers should revisit their contractual arrangements with delegated managers, advisers or distributors to ensure compliance with ESG-related obligations and climate law considerations.”

This means asset managers should ensure that any public disclosures they make are in line with those of their delegated managers, advisers or distributors, says Gomez. Amendments to agreements with counterparties may be necessary to comply the rules.

And this, says Gomez, is one of the major challenges.