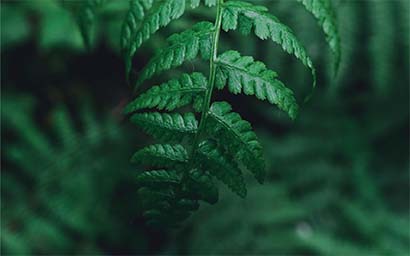 In June, world leaders from 11 countries and the European Union met for the 47th G7 summit in Cornwall, UK. With the upcoming United Nations Climate Change Conference (COP26) scheduled to follow in November, the G7 summit was seen as a bellwether for world leaders’ appetites for further climate commitments later in the year.

During the summit, they reaffirmed their commitments to the Paris Agreement of reaching net-zero greenhouse gas emissions by 2050 and pledged to increase their efforts to ensure the earth’s temperature does not rise to more than 1.5°C above pre-industrial levels. The leaders agreed to phase out new direct government support for unabated international thermal coal power generation by the end of 2021 and international carbon-intensive fossil fuel energy “as soon as possible”.

Although they promised to strengthen and accelerate efforts through national policies, increased international cooperation and a science and technology-driven approach, the targets and goals remained largely the same as those set out in the Paris Agreement of 2015, despite calls from investors to be more ambitious.

In the official agenda, G7 leaders announced they supported “moving towards mandatory climate-related financial disclosures”. However, the missive failed to meet the urgency and definitiveness asset managers and investors sought. They had hoped mandatory climate risk disclosures, enforced by governments, would inform future investment decisions as asset managers and asset owners become increasingly cognisant of potential costs from climate-related risks.

It has previously been proposed that mandatory climate risk disclosures should be based on the Task Force on Climate-related Financial Disclosures (TCFD) framework. However, new research from the Pensions Management Institute and BMO Global Asset Management found that one in five trustee boards do not yet fully understand the TCFD rules. Investors and asset managers are mindful that this knowledge gap, coupled with a lack of definite government backing, will hinder the progress of climate-change efforts.

Recent years have seen increasing numbers of asset managers and corporations recognising the role they have to play in climate change mitigation, while investors have driven ESG issues higher up the agenda amid greater awareness of climate-related risks and how they impact portfolios.

Lila Karbassi, chief of programmes for UN Global Compact and chair of the Science Based Targets Initiative (SBTi) board, explained: “G7 companies have the potential to cause a domino effect of positive change across the wider global economy.”

Investor alienation
Aside from this responsibility, companies are also aware that they risk alienating investors if they do not show they are fully aware of risks that may threaten their business models. Long-term corporate success depends on avoiding reputational risks and protecting the integrity of the company brand.

And it is not only the very real threat of reputational damage, but also the financial risks. As politicians Trent Zimmerman and Philip Dunne – from Australia and the UK respectively – explained in a recent newspaper article, vast stranded assets and increased carbon taxes hitting exports will hurt carbon-intensive industries in the years ahead and threaten investor returns.

In April 2021, the French oil company Total received widespread criticism for its decision to build the longest heated crude oil pipeline through Uganda and Tanzania. In response, 260 African and international organisations sent an open letter to 25 banks urging them not to finance its construction.

“They are going to struggle mightily to find enough banks and insurance providers willing to associate themselves with such a reckless project and assume its manifold risks on their books,” said David Pred, executive director of human rights organisation Inclusive Development International.

The shift in attitude towards environmental risks and the link with returns is not limited purely to banks and fund groups. Consultants and fiduciary managers, such as Cardano, have committed to low-carbon equity investments with a preference for a stewardship approach that strives to “engage and change behaviour”. But not everyone agrees that this is the best approach.

Others say that straight divestment sends a bigger signal to potential investors – and the market – that companies are not doing enough to change their behaviours.

Just days after the G7 summit, Legal and General Investment Management (LGIM) divested from four companies, including US insurer and financial conglomerate AIG, citing insufficient action to address risks posed by climate change. LGIM chief executive Michelle Scrimgeour, said it had “made a strong commitment to push forward this (climate) agenda across the different parts of the investment chain”.

Scrimgeour added that the business would be executing this policy through engagement with companies and policymakers as well as through its own investment processes and commitment to holding a net-zero portfolio.

Beyond the risks
Asset managers, consultants and asset owners are not solely concerned with looming climate-related risks, but also the possible investment opportunities being generated by transitioning to a net-zero world.

The CPD Financial Services Disclosure Report of 2020 found that climate-considered changes offered the potential to generate up to US$2.9trillion (€2.4 trillion), through sustainability-linked loans, green and transition bonds, sustainable investment funds and insurance solutions. The potential opens up even more when considering developing countries as they look to be a possible area of investment.

G7 leaders promised to mobilise $100 billion per year through to 2025 to help finance their transition to net-zero economies in which developing countries face substantial challenges due to a lack of funds.

Summit agreements hinted at further investment opportunities within the renewable energy sectors and through the promotion of zero-emission vehicles as they transition away from diesel and petrol cars. The latter includes opportunities emerging from accelerating the rollout of infrastructure to charge and fuel such vehicles. Fortune Business Insights predicts the electric vehicle market will grow from $247 billion in 2020 to $986 billion by 2027. Yet, despite the promising future for the sector, some business leaders in this market were quick to note gaps and loopholes in the G7 announcements.

“That’s not enough, G7. Disappointing outcome.” said Herbert Diess, CEO of Volkswagen, which is transforming itself into an electric vehicles manufacturer. “We need to exit coal much earlier. Electric vehicles are key to reach the climate goals (by) 2030. But EVs only make sense with green energy, letting EVs run on coal is regulatory nonsense.”

Until inconsistencies such as this are rectified, investors may lack the confidence they need to completely embrace the transition stories playing out in individual sectors.

Room for optimism
Although investors hoped for more from G7 leaders on their climate change efforts, the discussions on global Covid efforts and vaccines, along with plans for the reinvigoration and increased resilience of the global economy, appeared to overtake climate issues.

Hopes have since turned towards COP26 later in the year, where 40 countries from the United Nations are expected to attend with the sole focus on climate change issues.

In a recent discussion hosted by the Owen James group, which asked: “Is the asset management industry ready for COP26?”, asset managers said one of the difficulties they face is the lack of standardisation in ESG measurement. They also raised concerns about how best to align their sustainability goals and their fiduciary responsibility to their short-term investment consumers’ demands.

The buy-side say if these concerns are to be addressed, they need world leaders at COP26 to tell them how, and how quickly, changes to the economy will happen and the levers and mechanisms the governments will employ to facilitate this. The finance sector also wants commitments made during G7 to be further clarified and strengthened at COP26. The backdrop to these pleas is that asset managers don’t believe that G7 countries are doing enough to achieve their stated ambitions.

Jeremy Lawson, head of Aberdeen Standard Investments’ Research Institute, has said its research showed no countries had fully credible net-zero 2050 strategies. In fact, research prepared by CDP and the UN Global Compact found that four of the G7 countries’ indexes were on average temperature pathways of 3°C. Lawson said this “matters enormously to the investment community”.

He added the caveat that exists in most investor and corporate net-zero commitments, in that they are conditional on government policies themselves to be aligned with the Paris Agreement’s goals. Investors, therefore, will again be looking to governments and world leaders at COP26 to scrutinise their own policies more closely before they follow suit.