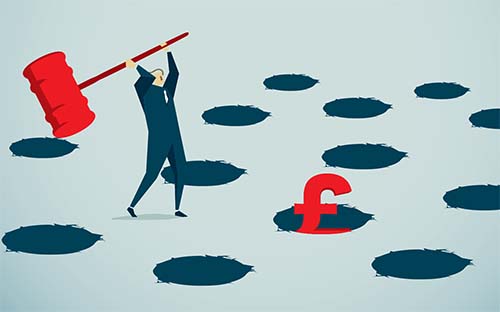 Fees significantly reduce returns and asset managers may have to pay compensation to retail investors if fees are unjustifiable, Esma said, adding that fee levels had decreased only marginally in recent years.

The regulator has urged fund houses to identify and quantify all costs for funds in a bid to promote transparency. This would require asset managers to reveal when fees are paid to themselves, or to third parties such as brokers and administrators.

But once the Brexit transition period is over and the UK leaves the EU, what will this mean for UK firms operating in the bloc?

“After the end of the transition period, Esma and the EU27 NCAs [National Competent Authorities] will not have the ability to undertake supervisory convergence activity on the UK,” an Esma spokesperson tells Funds Europe.

Esma’s requirements for EU countries aim to make investment information more comprehensive and easily accessible for retail investors, allowing them to assess past performance and costs of products across the bloc.

These factors are similar to those addressed by the UK’s regulator, the Financial Conduct Authority (FCA), earlier this year, albeit by a different approach, according to Morningstar’s director of policy research, Andy Pettit.

UK fund boards, however, will have to go further than their EU counterparts with their Assessment of Value reports that the FCA now requires.

“Directors are in essence, compelled to wear the hat of their investors when conducting the assessment and conclude whether the service they provided represented good value for the fees they charged,” Pettit says.

“The similarities come in that the value assessments have to consider costs of the fund, comparable market rates and the costs charged to other investors for comparable services and whether any economies of scale are provided to investors as fund size increases.”

As well as this, boards need to justify why it is beneficial for any investor to be in a more expensive share class than a lower-cost share class for which they are eligible and that offers substantially the same terms. To complete the process, these cost elements must be considered alongside the performance of the fund and the quality of service provided by the firm, according to Pettit.

Equivalency arrangements
For Mikkel Bates, regulatory manager at research firm FE fundinfo, what happens to certain UK cross-border funds when the country no longer forms part of the EU is still unknown.

Whether any complications arise for UK funds selling into Europe will depend on what sort of equivalency arrangements, if any, are in place. “Technically, UK Ucits funds will become third-country AIFs [alternative investment funds] at that point – there’ll be no difference in their treatment to a US fund or Asian fund trying to sell into Europe, because the UK will be considered a third country outside the EU,” he says.

Equivalence will be a key issue for the FCA’s new chief executive, Nikhil Rathi. Although the appointment was widely welcomed when announced on June 23, it is potentially “leftfield”, according to Bates.

“Within the funds industry, clarity surrounding ongoing regulations, particularly when it comes to equivalence with Europe post-Brexit, should be an immediate priority,” he argues.

“UK-based funds will lose Ucits status and passporting rights, and more proportionality in things like MiFID II client reporting are needed. Additionally, foreign funds wishing to do business in the UK also need clarification on what they must adhere to, and when.”

Seeking fund value
The FCA recognises that some investors are not well placed to find funds that offer good value. The regulator has welcomed Esma’s rules, a spokesperson tells Funds Europe, maintaining that new UK regulations are designed to put pressure on fund managers to “act in the best interests of investors, to ensure that the market works well and that consumers access investment products which offer good value.

“These rules include clarifying our expectations around achieving value for investors, increasing accountability through the SM&CR [Senior Managers and Certification Regime] and introducing a minimum level of independence in governance structures,” the FCA spokesperson says.

Morningstar’s latest biannual ‘Global Investor Experience’ study found that 19 of the 26 markets analysed in 2019 had lower overall fees than in 2017 and that regulation can be a contributory factor.

Pettit notes: “Since then, and with the start of the new UK rules in February, we’ve already seen UK funds reducing fees further, funds being closed down and firms transferring investors out of expensive share classes into lower-cost equivalents. We hope that this latest development will go some way to spur similar outcomes for investors in European funds.”

According to FE fundinfo’s Bates, asset managers are much more in the spotlight now. “It’s wrong to say there’s no place to hide, but I don’t think anyone is particularly hiding,” he says, highlighting how he believes the industry is reasonably transparent compared to other parts of the financial world.

Yet despite the ever-changing regulatory landscape designed to ultimately defend the end-consumer, fees remain an issue across Europe and the UK.

Only last year, the FCA fined Henderson Investment Funds Limited £1.9 million (€2.2 million) for charging retail investors inflated fees on two of its funds. The treatment of the more than 4,500 investors affected across the firm’s Japan Enhanced Equity and North American Enhanced Equity funds was “substantially different” from institutional investors in these funds.

Essentially, these strategies had become so-called closet-tracker funds, meaning retail clients were paying inappropriate fees for the service they were getting – a diminished level of active management.

As Bates says, regulators such as the FCA have their work cut out for them if they’re to stay on top of this ongoing issue.