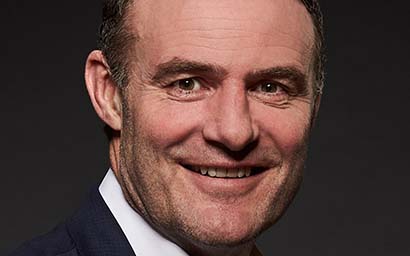 Northern Trust executive Gary Paulin believes outsourced trading will become an “accepted business model” for asset managers in the near future as a third wave of industry outsourcing now starts to evolve.

Northern Trust entered the fund management outsourced dealing-desk market in 2017 and now has 38 clients and a growing list of prospects, says Paulin. who is the firm’s global head of integrated trading solutions.

For many years, asset managers have outsourced back and middle-office operations. Some regarded front-office activities such as dealing as sacrosanct, given the central role of front offices in the asset management model.

But Paulin believes a trend towards dealer outsourcing began last year and will intensify when the current bull market ends.

“Bull markets are often characterised by years of asset growth and growth in fixed operating costs. When the tide finally goes out on assets, these costs become magnified and funds are forced to review their operating model, identify what’s core – which they double down on – and what’s non-core – which they might look to outsource,” he says.

After the 1980s bull market, custody was outsourced. After the dotcom crash, so were middle offices, notes Paulin. “For managers looking to cut costs, dealing is the last area where plenty still exists.”

The most profound driver
Northern Trust launched its outsourced dealing service in September 2017 following the acquisition of Aviate Global – an institutional equity brokerage – and provides dealing in instruments ranging from equities and bonds to listed US futures.

In the main, rising costs for asset managers stem from the requirements of technology and regulation – the biggest drivers of outsourcing’s third wave, Paulin says. The most profound driver is regulation, which has intensified since the financial crisis and is a symptom of how trust in financial services has been lost.

Transparency, accountability and fairness – which Paulin says regulation has fostered as hallmarks of good governance – mean more reporting and oversight responsibilities, and these factors create costs and risks at a time when management fees are being forced downwards.

MiFID II’s focus on transparency of transaction costs may be one driver for the dealing function to be outsourced, but another piece of regulation – the UK’s Senior Managers & Certification Regime (SMCR), which comes into effect on December 9 this year – could have even more impact.

It is forcing a change in corporate culture by making senior management more accountable, and its principles are being adopted ever-more widely. Ireland is looking to implement personal accountability into its conduct regime, while Australia has a version of SMCR called the Banking Executive Accountability Regime (BEAR).

“It is this personal accountability – making individuals accountable for the areas they are responsible for – that I think will impact business models the most,” says Paulin.

In many cases, chief operating officers or other C-suite professionals will be the in-scope senior managers responsible for dealing, not necessarily the heads of dealing. As Paulin explains: “The COO might not feel comfortable about the idea of managing and being personally responsible for the trading activity and all of the traders – and instead feel more comfortable outsourcing that activity to an appropriate vendor and just having the responsibility and oversight for that relationship.”

Where COOs are less familiar with dealing operations, they may feel pressured by business risks arising from internal dealing desks, such as key people leaving and unsupervised overnight dealing. Paulin points out, however, that while the activity can be outsourced, the responsibility for it cannot.

Cost reduction and how to measure it
Technology and regulation may be the most distinguishing factors of the new wave of outsourcing. Costs are not – but costs are every bit as powerful a driver as they were in past outsourcing scenarios. Also, in today’s environment, higher costs due to transparency and tech investment coincide with pressure for fund management fees to fall.

But how do you quantify the cost reduction for a client?

“The only consultant work I’ve seen on cost savings came from Oliver Wyman, who believe funds will save 25% on their fixed costs if they outsource trading, and a lot more in some cases,” says Paulin.

It depends on the size and complexity of the fund, but there are several cost factors. These include reduced transaction costs; the ongoing maintenance of trading desks; employee costs (an Opimas report has suggested, says Paulin, that a single trader could cost $500,000 in the UK); and, again, regulatory costs, which could double by 2022, he says.

Transaction cost analysis software will have a role in vendor scrutiny. Northern Trust is onboarding Trade Informatics to give clients an independent appraisal of trader performance.

Paulin sees outsourcing in asset management as analogous to cloud computing in the IT industry, where many IT companies house intellectual property and network connectivity, but outsource capital-intensive/low-value-added functions to hyper-scale providers like Microsoft.

“Similarly, in asset management – which is another knowledge-based and increasingly tech-based industry – I see a future where the asset manager will simply in-house the alpha generation, the investment staff and systems, and some management and control functions, where all the high-capital-intensive, low valued-added bits are outsourced to a large, safe and secure hyper-scale provider of those services.

What does he make of the argument that dealing desks, in adding alpha, are problematic to outsource? “It all depends on the fund. Some asset managers get value from their trading desks. Quants need traders who can read trends and signals in data. Some hedge funds need to know about liquidity or macro events to help with market timing, which traders are often better placed to advise on.”

Some funds, he says, are outsourcing components of their trading function in areas where they might not have the scale or expertise to deliver best outcomes. “A number of US and Australian funds, for example, are outsourcing their international books of business while keeping their domestic books in-house, where they have the right scale and expertise. We see similar trends in the UK with managers worried about the SMCR.”

In addition to its 38 clients, Northern Trust’s outsourced dealing service has about 50 other firms in the pipeline, according to Paulin. Some have billions of dollars of assets under management and span the UK and Europe. “It feels to me we are at a tipping point - that point in the adoption curve when uptake starts to accelerate.”

Gary Paulin took part in a Funds Europe webinar in June, sponsored by Northern Trust. The recorded ‘2019: The tipping point for outsourced trading’ webinar is available at www.funds-europe.com/webinars-channel.