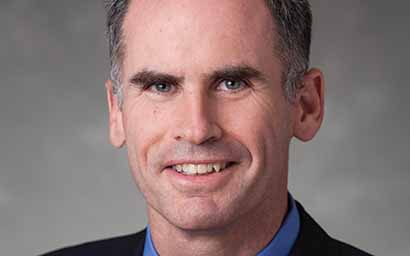 There is obvious appeal in high yielding emerging market (EM) bonds in the context of the current interest rate environment. But while the opportunity requires diligent risk management, there are signs that the EM debt is maturing and is increasingly sustainable in comparison to the past and relative to developed markets, says Fran Rodilosso, head of fixed income ETF portfolio management at VanEck.

All parts of the EM debt market – corporate bonds, sovereign debt in local and hard currency – are currently appealing to investors because they are a source of yield and in most cases, valuations are well supported by fundamentals. There were some outflows in 2018 and that has brought some value back into the asset class.

Notably though, says Rodilosso, despite the negative performance in 2018, there was no rush to the exit by EM debt investors. “The outflows were sustainable and the market’s liquidity held up well. And by the fourth quarter, the risks connected to additional rate hikes were built in to most investors’ expectations.”

In addition, the economic fundamentals of EM debt compare very favourably with developed market debt fundamentals. There are certainly some exceptions, such as Argentina and Turkey, where domestic political events have seriously negatively affected performance, but EM prices tend to adjust downward quickly in response to adverse events, and that is when value in bonds and/or currencies can come back into the market, says Rodilosso.

A closer look at regional differences in EM debt shows that Latin America has currently the highest yielding corporate bonds as well as the best performing, supporting the notion that high yield is especially attractive in the reborn ultra-low yield environment, says Rodilosso. Bonds from Mexico, Brazil, Chile and Peru have all performed in line with this trend.

The poorer performance has been among the low yielding EM bonds in Eastern Europe, with Russia being the exception; here, there is a premium built into its yields because of sanctions risk. And somewhere in the middle have been the Asia bonds, where moderate yields have led to moderate performance.

Looking at risk
Given the fact that yields are driving much of the increased allocation to EM debt, there still needs to be great attention paid to risk management, says Rodilosso. Risks include the traditional factors associated with emerging market economies – the sustainability of EM growth, political risk, and convertibility risk – as well as more topical risks such as the impact of an ongoing tariff-driven trade war and the effectiveness of China’s stimulus plan.

You can find good stories about many of the high yielding EM bonds, but like all risky investments, they should be approached with caution, says Rodilosso. “As a rule, investors prefer the economic risks to the political risks because they are relatively easier to analyse and predict.”

By way of example, Russia has comparatively outstanding debt fundamentals and scope to ease local rates, and the longer it goes without suffering further economic sanctions, the more attractive it could be. Meanwhile, Indonesia also has scope to ease rates down the road, but may be more impacted directly by tariff wars and China growth.

As mentioned, Turkey and Argentina have their respective political risks, with a potential financial crisis facing the former and general elections looming in the latter. Mexico is another high-yielder with a high degree of political risk, but easier to analyse than Turkey. Brazil hopefully has already been through the worst of its corporate scandals.

Of course, one of the biggest influences on EM debt currently is the global interest rate backdrop, says Rodilosso. “A normalisation of rates and what it would have suggested for global growth would have been welcomed by most investors even if it would have involved some short-term pain, but we have actually seen a reversal and interest rates have remained low and are headed lower.”

While this is positive for EM debt, the longer-term issues about how central banks exit smoothly from such a strategy of sustained low interest rates remain unresolved.

Diversification
A more welcome development in the EM debt market has been the widening of the issuer base. More corporate bonds have been issued in a greater number of EM countries, which gives greater diversification, especially for EM debt funds, which are able to combine an increasingly diverse range of underlying bonds, says Rodilosso.

The EM universe was recently expanded yet further with the inclusion of Saudi stocks and bonds on a number of leading indices and while the Saudi market comes with its own political risks, it is adding yet further to the diversification, particularly when included in a well-constructed fund with informed diversification built in.

Above all, says Rodilosso, the trends around increased issuance, investors and capital in the EM debt space are more sustainable than in the past and are a sign of growing maturity in the asset class. “We have not seen the market get flooded with issuance like in 2016, despite the good returns.” Consequently, this has created a better liquidity picture for EM bonds. “The primary concern among investors is always the liquidity and there is a perception that EM corporate bonds can become illiquid very quickly,” he adds.

“While the liquidity question is an important one, our experience is that this is no more so than with other corporate bond markets, and that’s in both normal and stressed conditions. We would never describe them as highly liquid but they are not far behind in liquidity terms as US high yield, for example,” he adds.

There has also been a widening of the investor base, and greater institutional involvement. In addition, tactical high yield and global credit investors have been coming back into EM debt, but the so-called ‘hot’ money is not as influential on EM flows as it was in the past. “It is clearly becoming a more sustainable and mature asset class,” says Rodilosso.

IMPORTANT DISCLOSURES
This article is for informational/advertisement purposes only. It originates from VanEck Investments Ltd and does not constitute an offer to sell or solicitation to buy any security. Any investment decision must be made on the basis of the prospectus and the key investor information document (“KIID”), which is available at www.vaneck.com and from VanEck Investments Ltd at its registered office at 25-28 North Wall Quay, Dublin 1, Ireland.