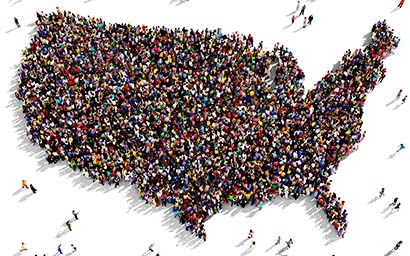 The US is still a prize to be won for many European asset managers. Arguably its regulatory cost will be lower than Europe due to its homogeneity. Tim Steele looks at the main barriers to entry.

Investment firms operating in the US have faced less turbulent regulatory waters than their peers in Europe over recent years. While complex in its specifics, the US regulatory environment continues to be founded on two very long-established pieces of regulation.

The ’40 Act lets foreign-domiciled management companies participate in the market through the establishment of a registered investment company (RIC). The Act mandates a level playing field whether managed by a domestic or foreign manager.

Directors or managers of a RIC do not have to be US citizens or residents, and a RIC can be administered outside of the US. The minimum level of seed capital for a new fund is set at $100,000 (€85,000).

“It is easy for a foreign firm to establish RICs in the US – for example, a US manager can organise a RIC in the US and structure it to replicate an existing foreign fund,” notes US trade body the Investment Company Institute (ICI). “The portfolio of this ‘mirror fund’ can be identical to the portfolio of a foreign fund, providing it is consistent with the requirements of the ’40 Act.”

The Advisers Act requires any management company, foreign or domestic, that acts as an investment adviser to a RIC to register with the Securities and Exchange Commission (SEC) via the filing of Form ADV. The management company must also comply with specific record-keeping and regulatory requirements. The Act does not impose any capital or US place-of-business requirements, nor does it require the management company to be a US company. Foreign management companies may establish wholly-owned affiliates in the US or provide services from overseas.

The monitoring and enforcement of mutual funds’ compliance with the ‘40 Act, as well as all other applicable federal securities laws and regulations, falls to the SEC. (Registration with the Commodity Futures Trading Commission (CFTC) is required where managers undertake more than a ‘de minimis’ level of commodity-related trading activities.)

Transparency and investor protection are central to the SEC’s remit. Accordingly, it focuses on a number of key areas (see box).

Total access
Legislative changes enacted in the mid-1990s mean that there is a true continent-wide market for RICs, ensuring that all firms can easily access the entire US market.

“The US is less complex than the European market because it is of course a single country,” says Camille Clemons, New York-based business development director at investor services firm SGG Group. “Certainly, there are a lot of rules – additional regulations have been layered on year after year. For an asset manager, the bigger you are, the more complex it is. Investors expect a minimum level of regulatory compliance and see value in that, but it is relatively straightforward to establish an advisory business here.”

ICI figures for March 2018 show that the proportion of RIC assets managed by foreign management companies or their affiliates has more than doubled (in dollar terms) since 2000 and now stands at $2.52 trillion, or 13.7% of US open-end investment company assets, which total $18.4 trillion.

As a point of comparison, the ICI notes that its US-headquartered members manage in excess of $2.89 trillion in Ucits assets.

“The perception among European managers I speak to is that the US is a scary place to do business,” says Rob Mirsky, global head of asset management at tax, accounting and advisory firm EisnerAmper. “The rules universe for investment managers include not only SEC rules – with distinctions for retail versus professional investors – but CFTC rules and state regulatory requirements. So the regulatory requirements for different investor pools and different strategies are significant.”

He adds: “That said, in truth the SEC is broadly speaking focused on two principal themes: systemic risk and investor protection. So for a foreign manager looking to enter the US, the key is to consider the type of investor they are targeting, their level of sophistication and whether the investment is an appropriate one for them.”

Firms can expect a continued focus on compliance with applicable anti-money laundering requirements, and the OCIE has said it will prioritise cyber security.

Peter Wilson, managing director at advisory firm Duff & Phelps, believes that, while transparency remains a key commitment, the SEC’s priorities have shifted. Wilson notes that under the new leadership of Trump appointee Jay Clayton, the regulator is seen to be abandoning its ‘broken windows’ policy, which encouraged enforcement action for relatively trivial compliance failures. ‘No infraction too small’ has been superceded by ‘first, do no harm’, with investor protection pushed to the fore.

“Combine that with the emphasis on transparency to pre-empt and avoid enforcement action, and this may well mean fewer cases in the future, as some have suggested,” says Wilson. “But it also means the SEC is first, clearer than ever with its expectations; and second, likely to come down hard where it sees real wrongs being done to investors. Firms that wilfully or negligently fail to follow its guidance are unlikely to find the new regime has a light touch.”

While the impact on most investment advisors of the Dodd-Frank Wall Street Reform and Consumer Protection Act is generally viewed as having been both indirect and minimal, one part worth mentioning as alternative credit investments rise in popularity is that US managers of collaterised loan obligations (CLOs) were particularly impacted by its rules.

“They were put under onerous risk-retention requirements to hold 5% of the fair value of each new US CLO they managed,” says Tim Houghton, managing director at Cortland Capital Market Services, part of the European fund administration firm Alter Domus. “This rule-making was designed to rationalise the ‘originate to distribute’ model of risk transfer and ensure originators’ incentives stayed aligned with investors.

“Unfortunately for CLO managers, the regulators concluded they were the originators of US CLOs, and thus risk retention applied to them.”

As Houghton notes, this put a ‘significant crimp’ in new US CLO issuance for a time, but after a legal turnaround resulting from a challenge to the SEC, US CLO managers are no longer subject to risk-retention requirements in respect of open market transactions (for example, excluding balance sheet financing structures).

More rules, rules, rules…
New rules and provisions are inbound and Mirsky says these include anticipated anti-money laundering rules for asset managers from the Treasury Department.

The SEC also has a proposed rule out for comment, Regulation Best Interest, which has many provisions but will impact the investment advisory space in three general ways should it be adopted.

“Form ADV ‘Part 3’ will be established – this is a simplified disclosure document that should be written for a layperson to help them better understand the risk of investment strategies employed,” says Mirsky. The rule would also require some sort of investment adviser representative registration and continuing education.

Despite the Trump administration’s “general anti-regulation agenda”, the SEC can be expected to continue to focus on many of the same issues in reviewing registered investment advisers, says Jeff Bronheim, London managing partner at law firm Cohen & Gresser.

“Among these are procedural controls relating to valuations of illiquid securities, undisclosed fees, conflicts of interest and insider trading,” he says. The SEC has also focused on investment adviser fiduciary duty issues, issuing new interpretive guidance that places an emphasis on transparency of disclosure and avoiding conflicts of interest.

“While these developments directly impact European fund managers only if they are registered as investment advisers in the US, all fund managers should be aware of them as they may shape how their actions will appear to US investors and regulators if problems arise,” Bronheim says.

For her part, SGG’s Clemons believes a more streamlined regulatory environment is inevitable. “I wouldn’t want to say it will become a less regulated environment, but I do believe the Treasury Department is going to start looking at the scope of regulatory activities and at how efforts might be better coordinated and made more straightforward for non-bank participants,” she says.

“There are so many different parties involved in respect of compliance, and no one has come at it in a coordinated fashion. While I am not sure exactly what it will look like at this juncture, I expect to see a new plan later this year for streamlining the regulatory model – and that may well prove beneficial for managers, foreign and domestic, when it comes to the ease with which they can do business.”