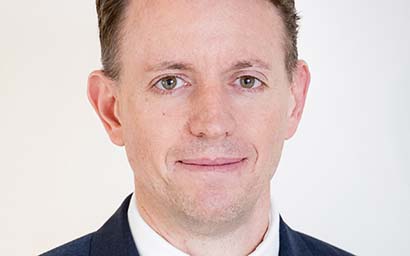 Convergence between the alternatives and traditional investment worlds has long been an industry talking point. In recent years the convergence has been within the alternatives world itself, as hybrid structures develop between the hedge fund, real estate and private equity markets - something that must make it hard for specialist fund administrators to pigeonhole themselves.

“We would like to see ourselves as a specialist in the alternatives world,” says Justin Partington, group fund solutions leader at Luxembourg-based fund administrator SGG.

Today SGG administers more than 320 funds and €250 billion in assets across Europe, Asia and the Americas. Much, if not all, of this international expansion has been driven by the ambitions of its clients and their need to go further afield in search of diversification, says Partington.

“We are seeing the emergence of more hybrid structures and more specialism as fund managers stretch their strategy to find adjacent and parallel investment opportunities and it is important that administrators are able to follow and support them.”

At the same time, there is a growing institutional influence in the alternatives and private equity world and when this trend is combined with the need for more global reach, it creates further challenges for asset servicers, says Partington. “In Europe, the PE [private equity] market has been institutional for over 20 years but we are now starting to see the same trend in emerging markets in Africa and Asia. This is forcing administrators to up their game and to provide more transparency.

“Each market is still deciding how much institutional capital it wants to allow into alternative assets – look at the example of South Africa, where there are limits that institutional money cannot be more than 10% of the total market capital, or China, where currency restrictions are applied differently to dollar-based funds versus renminbi funds.”

Added to this are the various protectionist measures in some emerging market countries that place limits on the participation of overseas administrators and custodians. Plus, of course, there are the ever-shifting regulatory requirements which vary across domiciles.

However, Partington believes there is an opportunity there for asset servicers to help with the reporting requirements for their clients. “We also have to share our knowledge in terms of the reporting. There is a critical mass in new and emerging domiciles.”

A kind of limbo
The growing institutional influence in the private equity world allied to the rise in reporting requirements has led to more calls for standardisation, but it will not be a straightforward process. “There is real drive in the industry for reporting standards at the moment. There are various reporting templates, and industry groups such as the Institutional Limited

Partners Association and Invest Europe have done a lot of work in this field.”

Yet many fund managers see reporting as a crucial link with investors as it is one of the few ways a firm can differentiate itself from competitors. This means firms are resistant to the prospect of commoditising the process.

Partington describes the current situation as a “kind of limbo”. “I thought we would have been there by now but there is no one really forcing it. I don’t think it is up to the regulators to do that because a prescriptive approach generally does not work out very well. Ultimately I think it is up to the large PE managers and houses to push this. Investors aren’t really pushing it, nor are the managers – so how useful is it anyway?”

For administrators, a standardised reporting process would be very useful. “The benefit would be huge. There is so much time and resources spent on reporting. With more standardisation, we could invest more in data capture and how to report data in a more sophisticated way with more known fields, standards and protocols.”

As well as a lack of standardisation, there is also a paucity of electronic processes in private equity fund administration compared to other client types. “The PE industry has been slow to adapt to apps to download on to our phones or flexible customised account tools where we can see a self-service dashboard with customised views. If we look at the retail funds market, there are expense ratio calculations and KIIDs [Key Investor Information Documents].”

Given this lack of adoption of new technology, is the private equity world more vulnerable to the threat of fintech disruption than other parts of the investment management industry?

For example, might crowdfunding become a more popular way for new start-ups to seek financing rather than through private equity and venture capital?

“Ironically, the crowdfunding platforms still tend to be fairly small,” says Partington. “It is difficult to see one raising more than $250 million (€213 million), maybe more like $3-5 million as a start. But it is crucial that continues as an incubator. It could prove to be more disruptive in the future but probably not in the next five years.”

Partington sees more potential in the future use of blockchain and its application in the custody process and for know-your-client and anti-money laundering reporting.

“We’re investigating this space – however, we are not going to be the first to pilot it,” he says.

“Private equity is not a fast-changing industry and we’ve also got to recognise that it won’t happen at the PE manager or investor level. Progression is more likely to be at the service-provider level because that is where the scale and savings both lie. Is it a case of if we build it, they will come? I don’t know at this point.”

SGG has taken on a number of private clients investing in fintechs where it acts as the administrator and it has helped launch a $100 million fintech fund managed by Israeli fund manager Viola. It has also made its own fintech investment, acquiring UK-based regtech firm Lawson Conner.

But away from technology and standardisation, the biggest issue for private equity administrators is the ongoing consolidation among service providers. This has led to the concept of a big six-to-eight-member future landscape in the trust and corporate services sector, including fund administrators.

“That is where we see things going and obviously we want to be one of those consolidators,” says Partington.