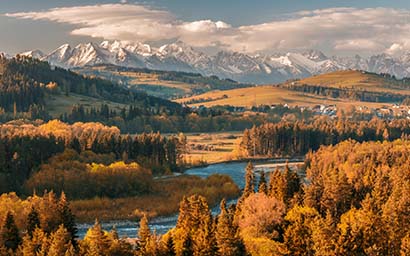 Poland’s latest attempt to solve its pension problem could see fund managers raising €2 billion a year in contributions. But the system has its critics, says Grzegorz Kaliszuk of Allianz.

The pensions system in Poland has undergone several highly significant reforms over the last century, dating back to the Consolidation Act of 1933 that unified pension systems operating in various partitions within the country following World War One. The second prominent date was 1999, when Open Pension Funds were established as the second element of the three-pillar pension system.

More than 13 years later, in 2012 the retirement age was increased for the first time in decades. It took much bravery on the part of government to do this – but it was not enough and the Polish pensions system is still not fully functional. This is why in 2017, the concept of creating another institutional form of saving for retirement, called Employee Capital Plans (ECPs), appeared. The reforms – which will come into force in January 2019 – are highly needed.

ECPs form a mandatory savings programme to be run within the framework of open investment funds that have the primary goal of securing pensions. The new form of retirement saving is aimed at almost all professionally active people (excluding some sectors whose retirement care is provided in other ways). The ECPs will cover 11 million employees, of which 9 million are currently employed in private companies.

Assumptions of the ECP system
ECPs will be mandatory but employees have the option of voluntarily withdrawal. However, if they do leave the system, after four years an employee would be re-enrolled.

On the basis of the British market pattern, the level of employee participation would probably oscillate between 75%-80%. The estimated size of the ECP market by new premiums would equate to 9 billion zloty (€2 billion) annually.

According to draft proposals, ECPs could be run by investment fund providers, insurance companies and pension scheme companies, or a state agency if employers and unions cannot agree on a provider. They must offer at least five investment solutions based on customer life-cycles (in other words, life-cycle or target date funds).

Management fees are capped at 0.5% annually and a maximum 0.1% outperformance fee regardless of whether the funds will be managed by a commercial entity or the relevant state agency. (For comparison, a similar type of solution in Sweden has a management fee limitation of 0.35%, and in cases when the asset management is carried out by the relevant government agency, the management fee is capped at 0.15%.)

Both employees and employers make contributions. The minimum employee contribution will be 2% of gross pay and the maximum 4%, though there are exceptions for people on lower pay.

Employers will pay 1.5% to 4%, which means the minimum total monthly premium as a percentage of gross remuneration will amount to between 3.5% and the maximum will be 8%.

High potential
It is estimated that all ECP programmes will raise an average equivalent to €3.5 billion per year and the volume of long-term savings may result in GDP growth of up to 0.4% annually.

This is significant for pension savers in Poland. Assuming that a 25-year-old starts his/her participation in an ECP run by a company, earns an average of 4,000 zloty (€925) gross monthly and saves 7% of their gross pay, then the replacement rate on retirement can increase to 49% for women (from 30% currently) and up to 66% (from 40%) for a man. In other words, it is calculated that 1 zloty invested by a 25-year-old will be worth 2.6 zloty at retirement.

Polish society is ageing faster and faster, which means that one-third of adults who are entitled to vote will soon be retired. Therefore all changes in the pension system planned by each subsequent government will have to take into account the interests of future retirees and limit commercial profits generated by asset management companies running these programmes.

It’s not perfect
Retirement experts along with economists point to several limitations of the ECP system. The first is that pension assets will be exposed to market risks (all open investment funds invest their assets in equities).

The second complaint is the significant increase of costs for employers. This is particularly the case given planned abolitions of pension and disability insurance contribution limits.

The third most common criticism is the exclusion from ECPs of certain professional groups such as uniformed services and farmers.

The fourth charge is an increase in cost for the state budget due to one-off and annual subsidies.

Another remark is that the assets of the programmes not run by commercial players will be managed by the state’s Polish Development Fund, which some people see as a conflict of interest.

The last of the main objections is that ECPs do not fully cover financial needs after retirement. This is because payout periods from the ECP are foreseen for ten years only. This is not a lifetime pension.

The ECP system is another attempt to rebuild the polish pension system, increase the level of Poles’ savings and raise awareness of financial security in retirement. From that perspective, this is an initiative of extreme importance. According to the latest report prepared by Deutsche Bank Poland, only one in five Poles plan to save privately for retirement, and most of them are men.