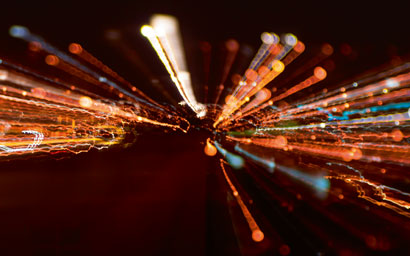 Lynn Strongin Dodds reports on some of the asset management firms blazing a trail in the digital space.

While fintech is tipped to revolutionise asset management, adoption of digital tools has been slow, even though there is the potential to expand market share and improve customer experiences.

According to Amin Rajan, CEO of Create Research and co-author of a report,  ‘Digitisation of asset and wealth management: promise and pitfalls’, the buy-side has been slow to progress for two main reasons: a web of legacy systems and fear of the unknown.

Rajan’s report, which polled 458 asset and wealth managers, points out that the current hesitation reflects “a deeply ingrained scepticism about anything not tried and tested by time or events”.

This helps explains why the study, conducted with Dassault Systèmes, shows that 40% of firms are still in the awareness-raising stages for seven out of eight digital innovations.

“We also found that the majority are going after the low-hanging fruit, like social media which involves the least changes to the existing business models,” says Rajan. “The transformational innovations such as big data, robotic process automation, robo- advisers, cognitive computing and blockchain are still being deliberated over.”

But he believes several catalysts will increase development, including declining growth. “Historically, asset managers have enjoyed one unique advantage: consistent profit margins well above 30% while deploying zero capital of their shareholders.”

He adds: “However, they have recently and increasingly come under attack because as much as 87% of their growth in the period 2009-16 has been attributed to the market’s artificial rise, fuelled by central banks’ ultra-loose monetary policies. This organic component has been declining.”

Asset managers have to “step back and understand that some of the challenges require a rethink of how digitalisation can change a company,” says Guillaume Dufour, vice president, financial and business services at Dassault Systèmes. “This is not only about the performance of the company but as a way to look at the overall value proposition in terms of its markets and relationship with its customers.”

Ahead of the curve
Wealth managers have been further ahead of the curve than their asset manager peers, partly because of their richer clientele, but also due to their proactive targeting of millennials. In addition, their business model depends on them forming closer relationships with individual clients.

By contrast, asset managers tend to institutional investors as well as less affluent retail investors, plus they are disintermediated by fund distributors and pension consultants.

There are some leading-light fund management groups. such as NN Investment Partners (NNIP), BlackRock, Deutsche Asset Management and Schroders, to name a few. They are using a wide range of alternative data sets including social media, satellite images, logistics, private company and alternative public company data, such as credit scores and payment history, to create a more comprehensive view of a company or sector.

NNIP, for example, partnered four years ago with MarketPsych, an independent consultancy that develops financial applications from behavioural economics and compiles sentiment data into indices covering regions, countries, currencies, equity sectors and individual companies. The information is gleaned from opinions and emotions expressed in online content, from news articles and blogs, forum posts, and social media such as Facebook and LinkedIn.

NNIP creates its own indices based on this data, says Mark Robertson, senior portfolio manager in multi-asset at the firm: “The data is based on a self-reinforcing algorithm that analyses the sentiment each tweet, post or article expresses around its subject. It determines whether it is positive or negative and also assesses its strength.”

NNIP combines the indices it creates with fundamental analysis to devise an investment scorecard for each sector, region and asset class. This gives it greater insight into investor preferences and liquidity flows, for example, which makes for better investment decisions.

Schroders has also been at the forefront of digital, creating a data insights team two years ago to look at alternative data, such as social media, web traffic and information about brand perception, customer affluence, location data and even drive-times on road networks. All this is intended to paint a comprehensive picture of the long-term prospects for a given business.

“We are bottom-up investors and do not drop information into an algo,” says Mark Ainsworth, head of the data insights team. “The core part of our job is to translate the data in a way that is meaningful and that investors can act upon. We sit on the same floor as the equity team and regularly attend meetings.”

Ainsworth points to the Ladbrokes and Gala Coral merger in 2015 as a good example of how these alternative data sets can be applied. In this case it was used to analyse the likely regulatory response to the proposed union of the second and third-largest UK betting shop chains, which to gain approval would require them to sell some of their shops.

The team combined geo-locational data with the rules applied by the competition authorities to produce an accurate estimate of the roughly 400 stores that the combined entity had to divest.

Regulation and culture
While the use of alternative data will continue to progress, it may take time for other digital innovations to gain traction. This is especially true of robo-advisers – which use algorithms to recommend a portfolio of funds based on an investor’s answers to an online questionnaire – as well as blockchain (or distributed ledger) technology that can be used to reduce costs in the clearing and settlement chain.

Although there is a lot of hype, “robo-advisers are currently more popular in the US than the UK and Europe”, says Steve Young, managing partner of investment consultancy Citisoft.

“Some of this is due to regulation, which makes it harder to develop here, but there is also a cultural element where everyone in the US has been focused on their 401k plans for years. I think this will change with the next generation in the UK with the rise of defined contributions and millennials.”

The behemoths have been the first movers, with BlackRock recently acquiring a stake in Scalable Capital, a European online investment adviser, in order to build on its activities in the US and Canada; while Deutsche Asset Management, which purchased robo-adviser AnlageFinder two years ago, just signed a white-label deal with Basler Versicherungen, part of Switzerland’s Baloise Group.

The new platform, Monviso Basler Versicherungen, will enable end users to digitally create a tailored, fund-based investment, from developing a personal investment strategy through to setting up a portfolio online.

“They will have access to active and passive funds from Deutsche Asset Management as well as [competing] funds,” says Thorsten Michalik (above), head of distribution at Deutsche AM for Europe, Middle East, Africa and Asia.

“Also, we do not have an algo but pull together portfolios based on the views and reports from Stefan Kreuzkamp, our chief investment officer. Another difference with our platforms is that investors can open accounts with as little as €400 or €50 a month.”

Blockchain
As for blockchain, there are several projects in the pipeline but it will take time for most to see the light of day. “There are still several outstanding matters that will need to addressed concerning regulatory and legal frameworks, typically governance and responsibility, before a [distributed ledger technology] can really be used in a regulated environment,” says Etienne Deniau, head of strategic marketing at Societe Generale Securities Services.

“Current initiatives using a shared ledger are carried out either in a non-regulated or self-regulated space.”

BNP Paribas Securities Services is involved in several initiatives, including a new digital fund distribution platform called Fund Link with Axa Investment Managers that uses blockchain. “The platform will be used for the trading and settlement of funds as well as the on-boarding process,” says Jean Devambez, head of product and client solutions, asset and fund services at BNP Paribas. “Fund distribution is seen as cumbersome and the platform will streamline processes and create efficiencies which will ultimately lower client costs, as well as help asset managers and distributors meet the requirements of MiFID II.”

Despite blockchain’s seemingly slow progress, in July Natixis Asset Management said investors had successfully purchased shares in its funds using the technology. The transactions – which involved Fundsquare, InTech and KPMG Luxembourg in a project to build the FundsDLT platform – were described as the “first real blockchain” transactions.

It might just show that the future is finally arriving in the funds industry.